The War On Bathrooms: A Transgender Fight For Equality

The War On Bathrooms: A Transgender Fight For Equality 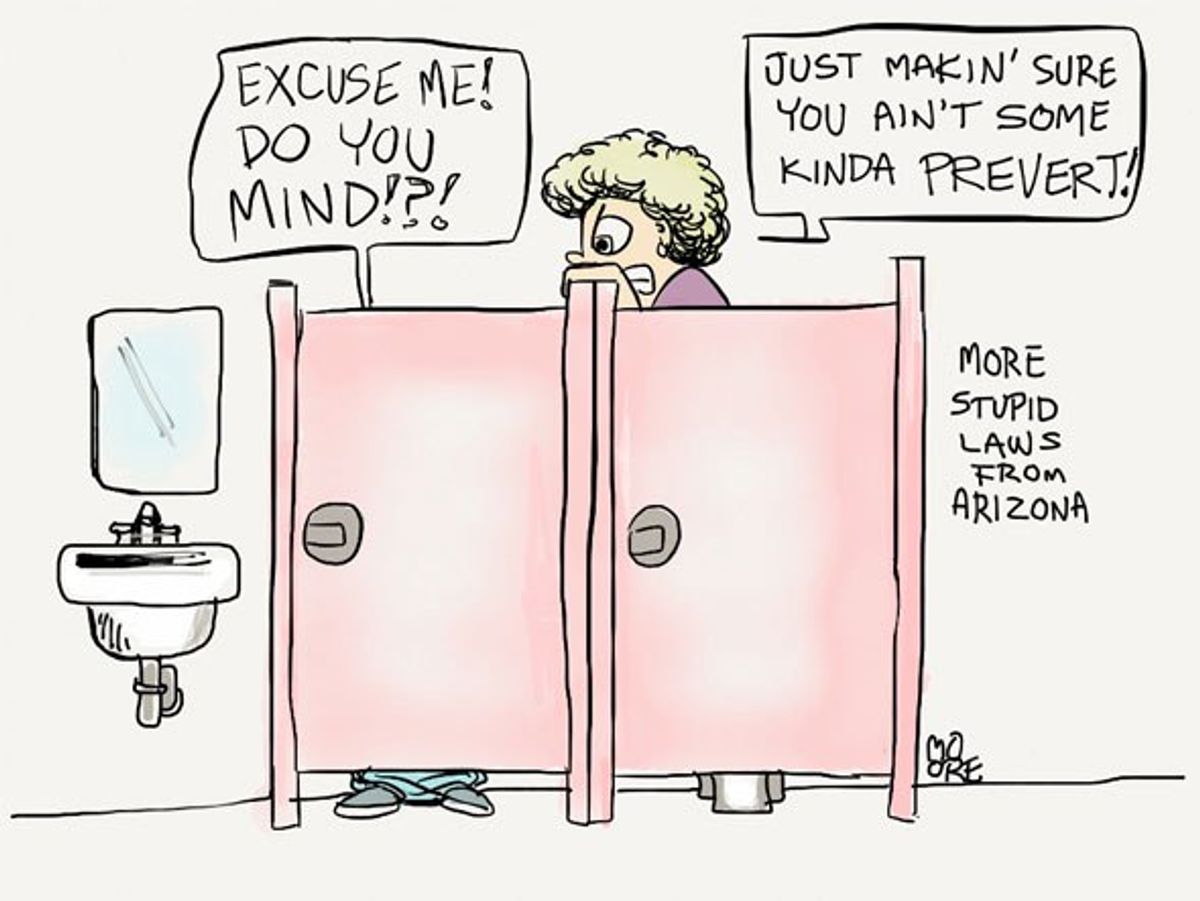 Growing up, (at least in my upbringing) I was taught gender binaries to guide me toward the appropriate toilet. If I identified as a male, I was directed towards the person in pants on the right. If I identified as a female, I was directed towards the person in a dress on the left. Today, the bathroom is becoming a segregation of gender. So the question I propose then is; if a transgender person identifies as a male or female, shouldn't they follow the sign they feel they identify as, regardless of biological inferences?

What does Transgender mean?

Sex versus Gender: A breakdown

Over the past couple of years, transgender activism has become more mainstream, thanks in part to highly visible trans celebs like Laverne Cox and Jazz Jennings. In particular, the argument over what bathroom is most appropriate for transgender people is becoming a hot topic in the mass media. On many social media sites, users created the hashtag, #WeJustNeedToPee, in an attempt to address the restroom issue. Trans women and trans men users have been posting photos of themselves in the restrooms of the biological sex they were given, at times adding signs to highlight how ill-fitting their presence is.

Laws being implemented in particular states:

North Carolina: Must use bathroom matching your biological sex.

South Carolina: A proposed bill that would limit which bathrooms transgender people can use.

Florida: A proposed bill that would make it a crime for transgender people to use the bathroom you are not biologically assigned.

Alabama: Must use bathroom matching your biological sex, or it is a crime.

Transgender people: The proposed "rapist of your children"

While this may be a safer alternative for the protection of transgender people, the transgender community shouldn't have to be sanctioned off into their own transgender bathroom set apart from other facilities because society is afraid of them destroying social conventions of gender.

My final note to take away from this, if anything, is that transgender people aren't weird, disgusting scums of the earth, and they certainly should not be treated any less of a human being and set aside to their own sanction because of society's fear of the abnormal. Transgender people aren't doing this for sexual gratification, or to give people the proclivity or incentive to rape you by wanting to use the same facility, they just want a place to use the facilities like any other human being.

So instead of us judging what's in between someone's legs, we give equality to all.