The TRUTH behind the H&M Racist Ad scandel
Odyssey

The TRUTH behind the H&M Racist Ad scandel

Are they actually racist? 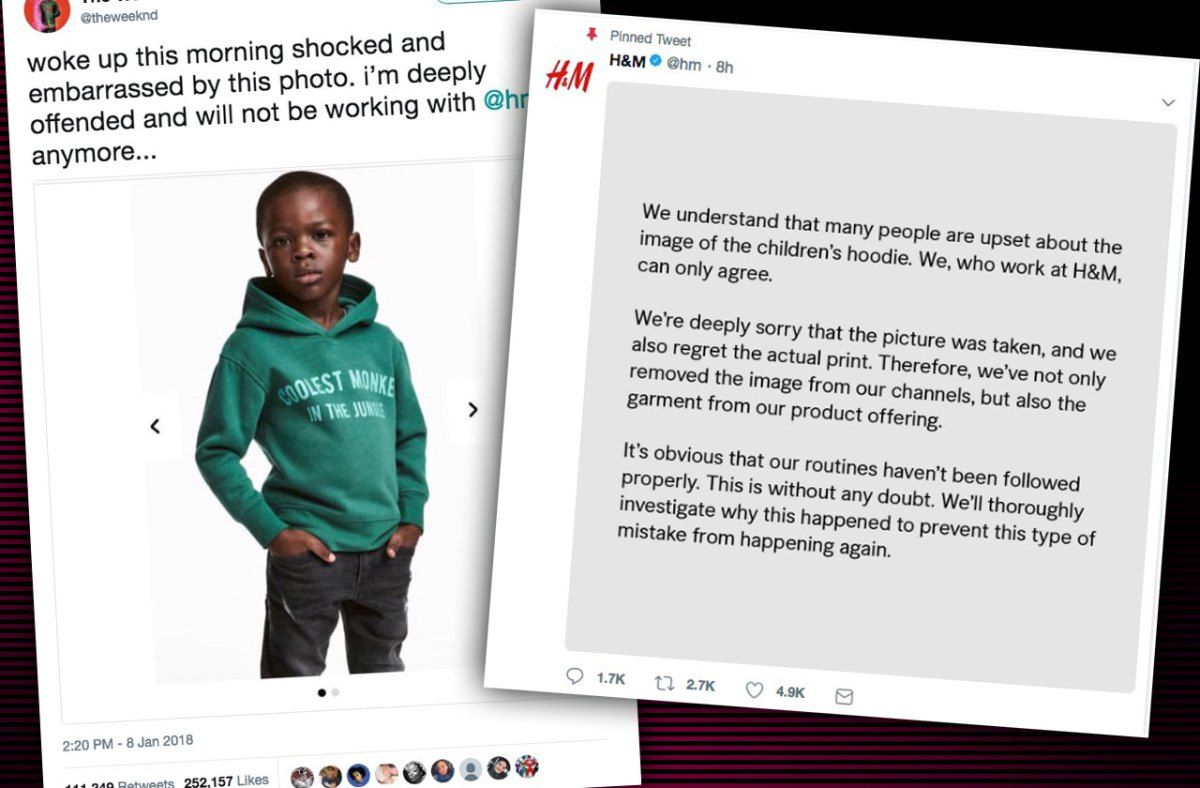 The TRUTH behind the H&M Racist Ad scandal

As any up-to-date, modern and tech friendly American in the new millennium I'd be safe to assume you-much like the rest of the world, have heard of the H&M racist ad scandal, but have you heard the true story?

Are you upset, taken back, shocked? So were many celebraties and the majority of the population, but it wasn't about this specific line up of children. The image that shocked the generation the most was the one of the african american boy in the Coolest monkey sweatshirt which caused an uproar in van-dilation of many H&M stores, and the bashing of the company.

Yes this ad was a misunderstanding, a mistake. Following this apology was the interesting interview between the parent's of this young model and it was then released that the parents never viewed this sweatshirt as a racist statement even after the many years of racism they both faced.

Further more H&M also followed their apologizes with a store wide 80% sale and released advertisement for selections of children's clothes featuring racially ambiguous models to support other cultures and races. Sadly the satire website Huzler.com edited these promotions into the racist ad I presented at first, the very ad every twitter savvy person has viewed and reacted to.

It is the fact society wanted to be offended that caused them to originally get offended by the first sweatshirt to the point where they conditioned to slander a whole company.