The Timelessness Of Times Square
Odyssey

The Timelessness Of Times Square

A love letter to the city that never sleeps. 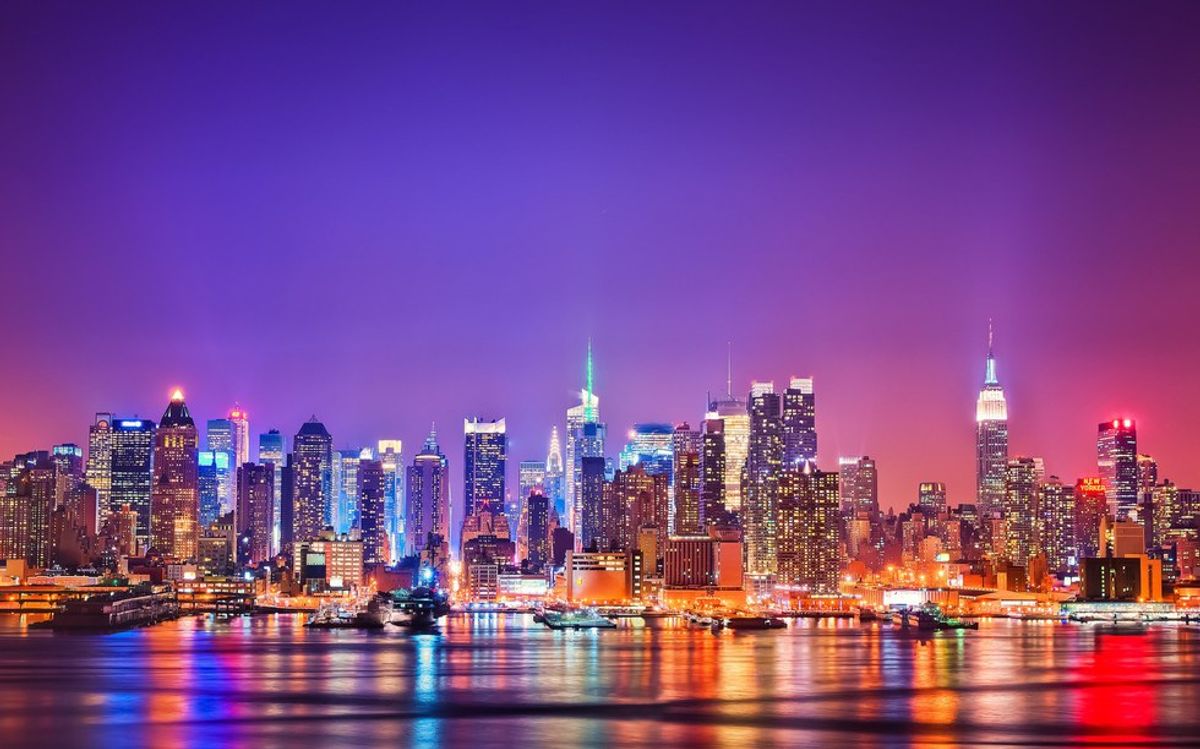 Standing at the center of Times Square at one in the morning is the most surreal experience I’ve ever had. New York is "The City That Never Sleeps" for a reason, and this was it. Lights so bright that you forget it’s supposed to be nighttime. Performers everywhere, singing, eating fire, painting like Picasso with spray paint in a matter of seconds. People walking in the middle of the road. Not a taxi to be seen. Every store is open, blaring music and welcoming you inside with a smile and a wave.

There are people everywhere. Taking pictures and laughing excitedly, pointing at where they want to go next. But none of them are rude. They smile as you pass and say excuse me if they even come close to maybe bumping into you.

Everything moves so fast. The ads hanging hundreds of feet in the air are constantly changing. Green lights, yellow lights and red lights all seem to last for thirty seconds before changing to the next. People walk fast and talk faster, eager to see everything at once.

I went into every store and browsed each one for what seemed like hours, looking at every single display I passed. I wanted to get the full Times Square experience, and I had all the time in the world.

The last store I entered before going back to the hotel was the Disney store. At only two stories tall, I explored the first floor before taking the escalator upstairs, searching for Sleeping Beauty merchandise I could take home to my baby niece. I spent a while up there, browsing the content and watching the people. As fast as everyone was moving outside, they seemed to all slow down when they entered the stores. I supposed that like me, they didn’t want to miss anything.

In front of the escalator was a two story high window, facing out toward the center of the Square, and I looked through it as I made my empty handed descent to the bottom floor to finally leave the store. I remember looking out the window and noting how bright it was outside. It was as bright, if not brighter, than the inside of the store. I’d been in the Disney store longer than I thought I had been, and I lost track of not only how I long I had spent in there, but how much time had passed outside while I was gone.

Stuck in the delusion that it must have been daytime because of how bright it was, I was surprised to walk back outside and see how dark the sky behind all the lights really was. I looked at my phone for the first time that night and saw that it was now three in the morning. It took me a moment to get my bearings. To remember where I was and to remind myself that this was all, in fact, real. That I wasn’t inside a movie or stuck in some dream.

I began to make my way back to the hotel, squeezing through families and photo ops as I crossed seemingly unneeded crosswalks. As I walked, everything transformed. The amount of people slowly dwindled until there was hardly anyone walking next to me. The air got cooler, the night around me got darker, and finally, the spell of Times Square broke.

As much as I wanted to turn around and revel in the epitome of "The City That Never Sleeps", I trudged on reluctantly, going deeper and deeper into quiet streets full of people who’d be making their way to work soon. People who didn’t need to take pictures and study every display and performer as though they’d never see them again. People who seemed to be sleeping just fine.

Glorie Martinez
3706
Why I Write On Odyssey