The Tenth Circle of Hell: Toxicity

The Tenth Circle of Hell: Toxicity

A creative writing short story that illustrates a fictional tenth circle of hell that aligns with Dante Alighieri's Inferno. 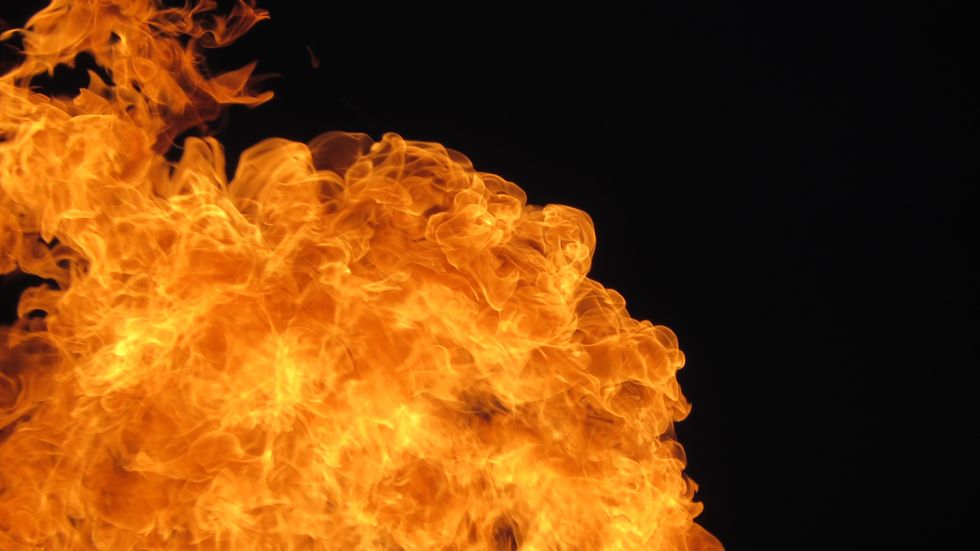 The pilgrim walked through hell in 1300, witnessing the contrapasso inflicted on souls due to their mortal sins. The illustrations concerning the descending circles of Hell, described by the poet, are still relevant in 2019 by virtue of the upheld moral standards that have globalized due to technology. Although each level of hell has accommodated the majority of sinners for centuries, an evolving exception has inspired the creation of The Tenth Circle of Hell, Toxicity. Toxicity is reserved for the exploiters of the planet who, in their mortal lives, had a devastating impact on the health of planet earth. In a descended abyss, below The Ninth Circle of Hell, Toxicity mimics a post apocalyptic wasteland that is divided into three plains; Air, Earth and Ocean. Dante Alighieri, once a mortal who was lead through the afterlife, is not fond of the additional circle due to the massive environmental destruction that inspired its creation. Alighieri will take on his former role of a pilgrim in order to lead a chosen mortal on a tour of the Oceanic plain of Toxicity. The recollection of events will be told in the form of a third person testimony, as requested by Alighieri himself, in order to "elicit concern amongst present day mortals."

The journey to The Tenth Circle of Hell began with a voyage through a darkness, so quiet, that the impatience of the pilgrim began to fill the empty void, "These destroyers of the earth, they are worse than politicians." The pilgrim disclosed that hell has to be modified to cope with new forms of sin that emerge alongside human advancements. The individuals who both directly and indirectly influenced environmental exploitation throughout their mortal lives are destined to an eternity that lacks riches and yields pollution. Amidst the darkness, the proximity of The Tenth Circle could be sensed before it could be seen, with a foul odor and muffled moans coming from a pathetic hole that widened at the pilgrims' feet. As the pilgrim lead the descent down the narrow opening, what once was his ground became his ceiling and the ladder that strained to carry his weight dangled him over the boundless circle of hell. With a birds eye view of the Tenth Circle, the three distinct divisions were obvious at first glance. A cloud of thick gas encircled choking souls on one side, a dark pit of dirt on the other and an endless river filled with plastic running through the middle. The pilgrims curiosity did not stem past The Oceanic Plain, "This voyage is to educate mortals about the contrapasso that exists for a sin they have yet to understand. For that matter, The Oceanic Plain alone will be unveiled through you, to the masses, and nothing else."

As the pilgrim disembarked the hanging ladder and stepped foot onto cracked and weathered concrete, the river of plastic became a roaring and indefinite ocean. The edge of the ocean did not merit sand, rather, tapering rocks, slick with oozing oil that slipped each soul attempting to escape further into the abyss of pollution. The ocean was void of water, brimming with trash that intertwined the suffocating souls until their bodies contorted and disfigured into just a semblance of a being. The pilgrim watched from afar as seagulls and pelicans, dripping with blood, dove from above to mercilessly peck off any remaining skin from exposed faces. The wailing screams of the souls did not affect the pilgrims' desensitized composure, "These souls will infinitely deteriorate in a world they had a hand in creating. The money, status and power that once consumed their lives and drove their actions now reaps the catastrophic residue they left behind." As the pilgrim approached the bank, every faceless soul, strewn with crude oil, lacked an identifiable feature as they clawed and violently held out their contorted arms in desperation. The pilgrim reached down and locked hands with a soul whose painful sensations immediately ceased. As the oil on the closest jagged rock evaporated, it released two warped legs that rose up and out from polluted depths. The soul began to humanize as skin developed over his face while the oil that camouflaged his body cascaded back into the ocean. The soul began to plead, "Please, get me out of here. Do you know who I am?" As his carcass ultimately transformed into an individual, anyone born after 1870 would know who he was. John Davison Rockefellar settled on his knees; bargaining, begging and protesting his existence as the pilgrim explained, "Although your sins stem from innovation, the fame and fortune that consumed your mortal life originates from defacement, combustion and excess waste. The eternity that you outwardly loath is the reality that you established in the mortal world." Hijacked from the privilege to converse once more, the oil began to creep up Rockefellar's body, like an unsought weed, striping him of his power to control his own movements. As the oil consumed his figure, he slowly slithered back into the polluted chasm that mangled his body unrecognizable, striping him of his human form and dignity. The last piece of Rockefellar's identity was stolen by the birds that slowly mutilated his face until he coalesced into the suffering sea of souls. The pilgrim, having abandoned his sympathetic spirit, expressed his final conclusion, "The choices made by souls throughout their lives become the choices made upon them in The Tenth Circle of Hell."