The Stories Of My Life

The Chronicle of my (Not So) Religious Upbringing 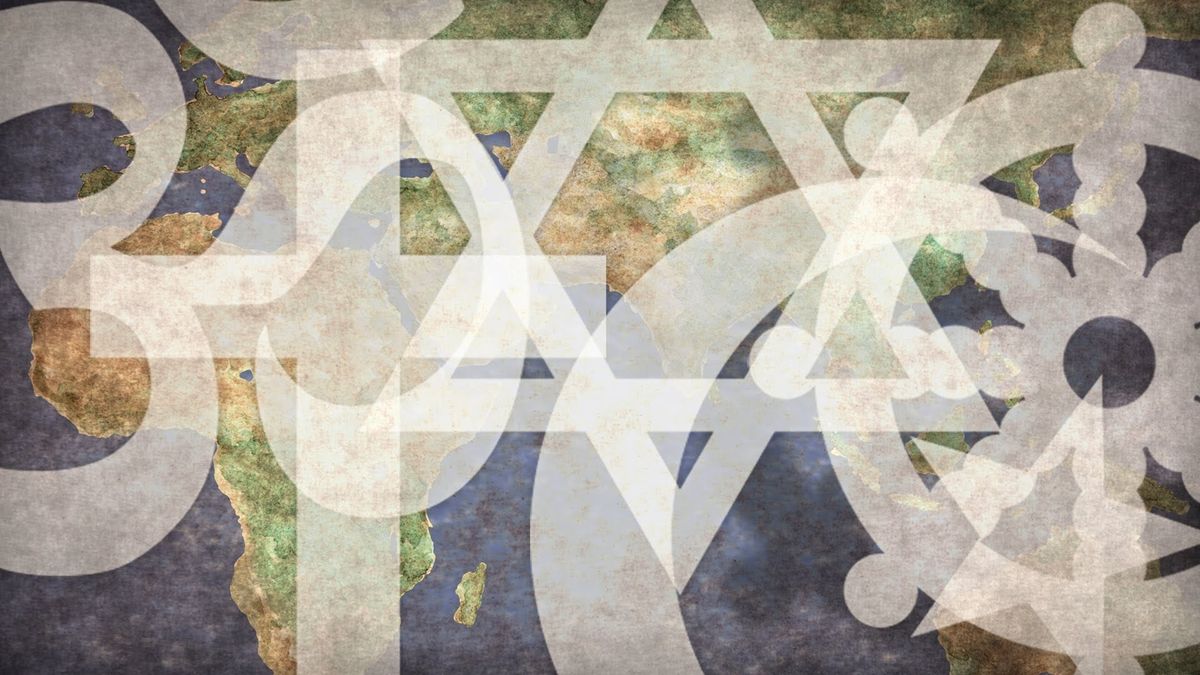 Gold edged pages tucked between laminated blue, a red ribbon draped across our latest adventure. Beside it, another blue, this one with bright images cutting through the hitherto uninterrupted span of cyan. Beyond that, green, with a golden bee drifting up the side. Then red, then white, all stowed between the warm brown of ancient wood. My childhood world, tucked away on a corner shelf.

I cannot recall when I came to know religion. I have yet to reach the point where I can say with peace and honesty that I understand it. It has always been present. What “it” is though, is another matter entirely.

In the early years, it was just another story. The Children’s Bible, the Children’s Torah, the Tao of Pooh, Treasury of Fairytales, they were all one in the same come bed time each night. They all existed together, separate but the same. My eyes were alight with the tales of great whales, rising from death-like sleep, forbidden apples, roses, lions, deals with dark beings, saviors, and magic. They were all ideas, and they all fit together, the puzzle pieces of my world.

Though I cannot pinpoint the exact moment when wonder turned to resentment, I can guess at it’s origin, in the sweltering presbyterian church of my grandparents, where dreaded Sunday mornings were wasted several times a year during dutiful family gatherings and involuntary visits when our parents gleefully dumped my younger brother and I into the arms of our waiting grandparents and would-be religious guides.

All the visits have more or less blended together into one uncomfortable blob, but there is one moment—of particular boredom, of pricking sweat, and the itching of frilly sleeves shoved up my soft six-year-old skin—which brews to the surface. It was easter. For my younger brother and I, easter was a day for bunny rabbits and chocolates. I knew the story of Jesus and some part of me must have understood he was vaguely connected to the holiday by this point, but all I remember thinking about was how much I wanted to leave that creaking church, with it’s endless lumpy-seated pews and judgmental retiree stares. I hated coming into the church, hiding behind my mother’s skirts as stampedes of white-haired people congratulated my grandparents on their lovely family, boring down on me with too-straight smiles and too-wide eyes, their skin emitting a smell something like lavender and baby powder and something else that made my little nose wrinkle.

“Stand up,” my father snapped at me when the hymns began. And up I would go, carefully placing my folded paper masterpiece at the edge of my seat before returning to my post behind my mom’s leg, my blond head just peeping over the top of the pew as I stared at my toes, wriggling between the gaps in my little white sandals.

Then there were the later years, after I began to feel the judgement of my grandparents on me, no longer deflected completely by my parents. When I resented the church not only for the uncomfortable hours stolen, but also for the hate I felt for a God I wasn't sure I believed in, a god who, if he, she, it, existed, took my aunt from me despite her faith, her strength, her kindness.

I do, despite the hazy shift from fantasy to reality, remember the moment when I was sure I would never fall into the easy classification of christian that my non-church going parents still so easily slipped into.

It was another easter. I was fourteen. I wore a green dress that my mom made me and curled my hair. I always tried to pretend it was something to look forward to. I liked dressing up. My brother had mis-buttoned his shirt, and while my mom fixed it in the shadow of the car in the church parking lot he sprinkled soft chocolate across the pale blue fabric as he chewed his way through at least half a dozen Hershey’s easter eggs.

My grandfather made some passive aggressive comment that we all pretended not to hear as we trudged across the uneven lot to the inconsequential little merit island church. I shook hands with people I didn't know, pretended to smile and took my seat quietly.

At the start of the service, I stood as directed and turned to those around me, shaking hands and murmuring “peace be with you” “peace be with you” “peace be with you” with my plaster and paint smile. I stood for the hymns I did not know and stared at the grains of wood in the great center cross. My eyes pricked and my sweat welled and in the middle of the third hymn I felt the sudden urge to scream and cry and run from the building, tearing down the gaudy pastel decorations as I went. I did not belong here. I was not this girl. If the thing this place was made for existed it did not deserve my devotion.

Why would I ever believe something that required my subjugation, my devotion, my time, my mind, my fear, my life? Why would I ever love something that could take my aunt from me and force me to return, again and again, to this white-washed place with brain-washed people who had been singing the same songs I didn't know since long before I was even the whisper of an idea on this earth?

After that I refused to go to church. My parents, who in the privacy of our own home were sympathetic, tried to sway me “for the sake of my grandparents.”

I stubbornly heard that they could love me as I was or not at all.

Though now, looking back, I see my attitude was rash, hateful, hurtful, I do not regret it. I was not wrong. I was raised by stories of all ideas, and of none. I had never been given a way of thinking and told it was the truth. On the rare occasions when I asked for clarification between reality and fairytale, my mother told me it was up to me to decide.

I remember one occasion shortly after that easter spent in the green dress, when the world had become very dark and muddled, I asked my mother with tears dripping black tracks down my cheeks and knees pulled up with a pink pillow against my chest, “Which religion is real? Which god is real?”

And she brushed my messy hair back and said, “None of them. And all of them. It doesn’t really matter. What counts is the message. And at the bottom of all the stories, all the enchantresses and gods and prophets and ideologies is just,” she shrugged, “Be Good. And you are good. So the rest is for you to decide for yourself.”

It’s been a long time since I’ve been angry. Confused maybe, but in the best sense. I have accepted the truth that I do not know, and will never know, the “truth”. Instead I explore, I ponder, I learn. I soak in every story, every opinion, every idea, and collect those that build upon that foundation handed to me. Be Good, Be Good, Be Good.

QueenRadhi
The State University of New York at Stony Brook
3403