The Spotify Playlist Of A Middle Schooler In 2015

The Spotify Playlist Of A Middle Schooler In 2015

No matter how old I get, you'll still find me singing my heart out to these tunes. 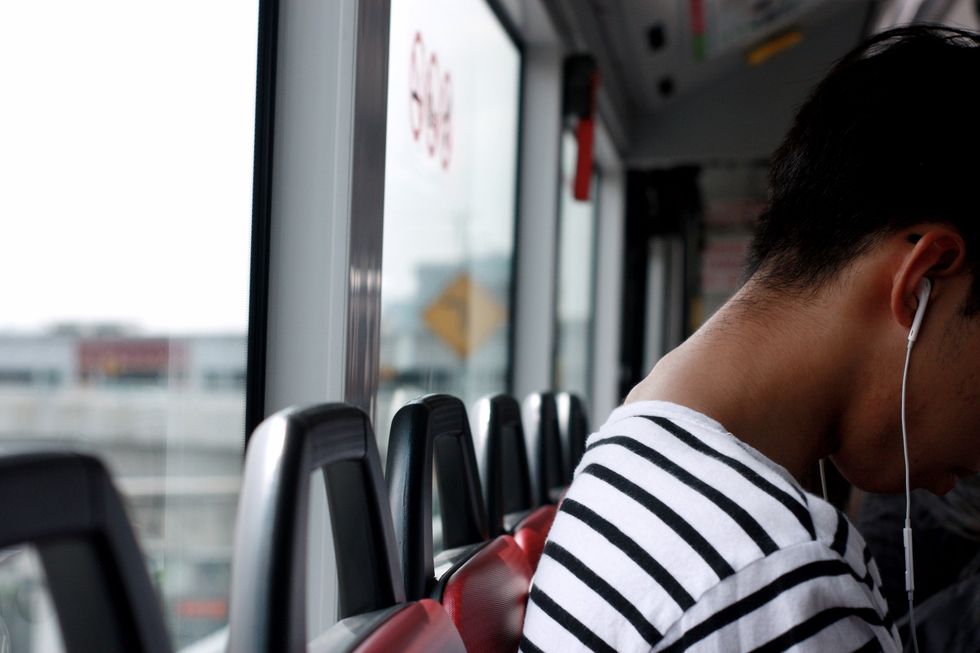 Photo by Nalau Nobel on Unsplash

Middle school is that weird liminal passage between childhood and becoming an adolescent where everything starts changing--including your taste in music. I was in middle school between 2013 and 2016, and I liked everything from pop to alternative rock (yes, I am guilty of going through the "emo phase" of music). With the help of the radio, YouTube, and Spotify, I was listening to my favorite Fall Out Boy or Shawn Mendes songs 24/7.

Can you remember some of your favorite songs to hear from 2015? I bet at least one of them is on this list.

I know you've sang along with this song on at least one occasion, because who didn't? It made everyone stop and sing with all of their soul whenever it was played.

Start dancing and singing at the top of your lungs with me, because that's exactly what I start doing when I hear this song.

I still love the chill vibes of this song. I can't help but sing along.

Who could forget One Direction? Sadly, 2015 was the year that Zayn left the group, but that didn't stop the rest of the members from releasing catchy songs like this one.

One Direction - Drag Me Down (Official Video) www.youtube.com

This one's for all of my middle school classmates who introduced me to Fall Out Boy because it was the "trend"--but their music just doesn't get old.

6. "Stressed Out" — twenty one pilots

This song really brought me back. Because of their relatable lyrics paired with a captivating drum beat, twenty one pilots was a duo that became really popular among us middle schoolers.

This song came out in 2013, but it's safe to say that it remained popular throughout middle school for some of my friends and I.

This is another song that came out in 2013, but I'm pretty sure they still played it on the radio until 2016--it was definitely one of the songs I looked forward to hearing on the radio, and I often had this song on repeat while doing my homework.

A timeless love song that has remained insanely popular since it came out. It's still perfect for a couple's first dance at weddings.

You're lying if you say you didn't immediately start bobbing your head, dancing, and singing along whenever this song started playing. It's one of the best party songs to ever exist.

Does anyone else start feeling pain when this song starts to play? Because same.

*This song was commissioned as a tribute to the late actor Paul Walker. Rest in peace.

Despite being released in 2014, I still remember this as one of the most popular rap songs of my middle school days.

I can't even find the words to express how much I love this song. It gives me INSANELY good vibes, not just because of the song itself, but all the joy Maroon 5 was able to give to every wedding they performed at for their music video.

Yet another 2014 release, but I'm just going to "shut up and dance" along to this song too.

WALK THE MOON - Shut Up and Dance (Official Video) www.youtube.com

I love pretty much every Taylor Swift hit, but "Blank Space" was definitely one of my most replayed songs in middle school.

There is no way you didn't see (or participate) in this trend--it was all over social media and played at like, every party.

"Take Me to Church" is more of a ballad with a powerful message, making it perfect to listen to for the more gloomy days.

"Love Me Like You Do" is another song I loved to listen to while painting or just chilling at home.

Ellie Goulding - Love Me Like You Do (Official Video) www.youtube.com

This song was just--*chef's kiss*. Listening to it now reminds me of my gym classes; my gym teacher always put on the radio during our volleyball games, and this song was played so often. Not that I'm complaining, though.

A lil' sentimental song that I still love so much now. Like photographs and videos, music is timeless.

This song is so insanely catchy, and it's perfect for parties too!

This one's for all my fellow K-Pop fans--and even if you aren't, this song has a really good beat, a catchy chorus, and impressive choreography. Not to mention that the EXO members were really serving looks in this music video.

Another one for my K-Pop fans! This was one of the first BTS songs I ever listened to, and it was the one of the songs that led to BTS's ever-growing popularity. The amount of times my middle school friends and I started dancing to the choreography of this song during our recess periods is hard to count.

Panic! at the Disco was another band popular amongst my middle school classmates, and Brendon Urie's vocals alone explain why.

Ariana Grande started releasing a lot of pop hits in my middle school days. She's so talented and beautiful it hurts.

Players gonna play and the haters gonna hate, but I can never deny that I literally had dance parties alone in my living room with this song playing in the background.

Taylor Swift - Shake It Off www.youtube.com

I know "I'm not the only one" who still enjoys singing and listening to this song. Sam Smith's vocals and the calm beat of this song work so well together.

Sam Smith - I'm Not The Only One (Official Video) www.youtube.com

Last but not least, this song is a flawless showcase of both R. City's and Adam Levine's vocals. I could listen to it on repeat for hours.