The Real Problem with Monsanto
Odyssey
CurrentlySwoonLifestyleHealth & WellnessStudent LifeContent InspirationEntertainmentPolitics and ActivismSportsAdulting
About usAdvertiseTermsPrivacyDMCAContact us
® 2023 ODYSSEY
Welcome back
Sign in to comment to your favorite stories, participate in your community and interact with your friends
or
LOG IN WITH FACEBOOK
No account? Create one
Start writing a post
Politics and Activism

The Real Problem with Monsanto

Agri-Business is your friend 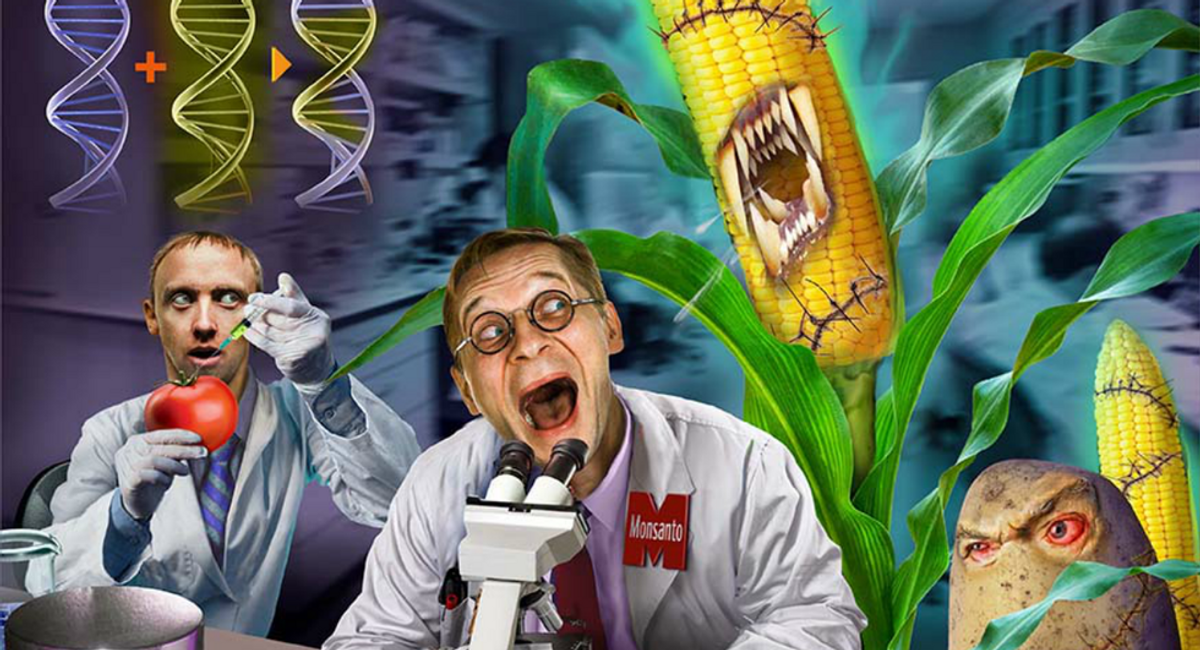 Monsanto: the most evil mega-corp allowed to function, according to your aunt in New Mexico. Interns stitch corn kernels to tomatoes in an effort to mentally enslave/kill everyone that eats their product, or so you've told. I'm sure you've heard it before, maybe in person maybe online, "GMOs are bad." The reasons range from "cancer," to "toxins," but seriously, GMOs are safe; If there were reasons to be afraid, there would evidence for it outside of biased sources. The real reason you should be suspicious of Monsanto is their shady legal practices and destructive corporatism that occurs nearly every day.

Let's say you're a farmer somewhere in Midwest America with a nice corn field growing in. Everything seems to be going well, but then you get a letter from Monsanto's lawyers. Apparently, your neighbor has been using Monsanto seeds and the wind brought over some pollen to your field and now you've stolen Monsanto's property. Sorry buddy, you're not allowed to keep your yield, maybe you should've bought Monsanto in the first place.

This has been the case for many farmers around the world, as Monsanto has been successfully suing farmers since 1997 for, "stealing" seed; claiming cross-pollination is enough to qualify as intellectual property infringement. They're essentially suing you because bees fly and the wind blows, and their legal squad is going to be tougher than anyone the farmer can afford. These farmers lose their livelihood and neighboring fields switch to Monsanto to avoid the same fate.

When Monsanto sues you, that also means you aren't allowed to save the seeds from your lost yield. If they don't want to replace the lost seed with Monsanto products, they're going to have a hard time. The practice of saving seed by farmers and by the state has fallen out of the norm. Public seed stock has fallen greatly with corn, cabbage, tomatoes, and peas having disappeared by as much as 96% of the original stock. The majority of seed saving is now done by private agri-business companies, tying their survival to all the food we grow and eat, with no sign of public seed being restored.

Now, I'm not one to panic, but I think this is something people need to be concerned about. The disappearance of seed stock makes it harder to get seed, and gives companies complete control over what's in the food we eat. Efforts to curb seed stock are representative of the power Monsanto has, not only on our choices, but on policies and laws in our country. GMOs shouldn't be the rallying cry behind attacking Monsanto, the real problems are more pressing than whether your corn is organic or not. This problem affects our freedom, not just for Americans, but for the whole world.

Nicole Marie Nigro
Individual Creator
9697
c1.staticflickr.com
Where to start...... Let me start with the cliche that life throws us curveballs and what we do with it is what counts.