The Over-Sexualization Of Harley Quinn

Harley Quinn was never meant to be a character that merited imitation. 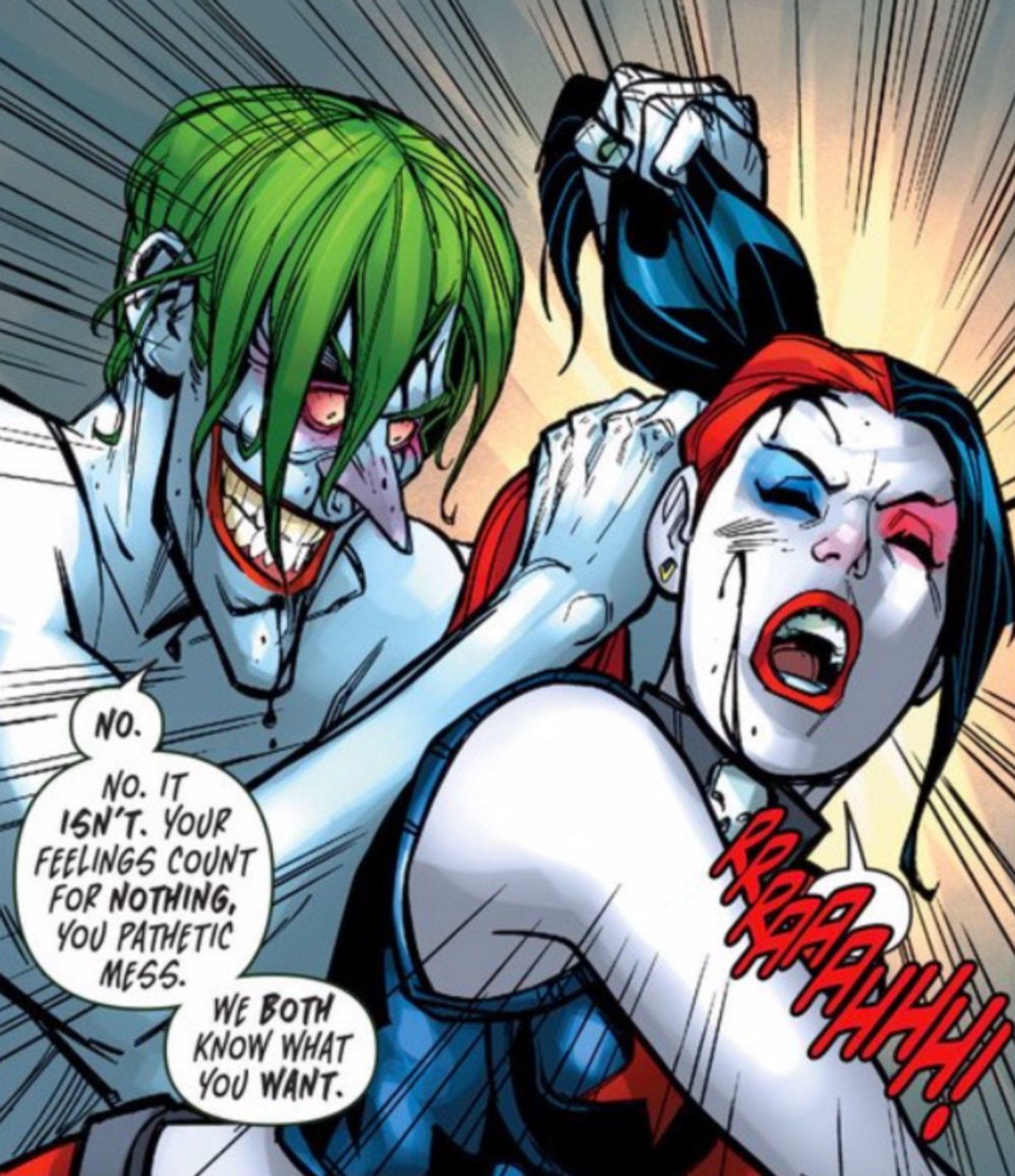 Harley Quinn is an odd enigma in comic lore. She is unique in that she was created through the animated series and became so widely popular that the comics adopted her into comic canon. Now you can't consume anything Batman without Harley Quinn being plastered on it as a selling point.

Such as stuff like the Suicide Squad film, the Arkham video games, Odyssey articles and most recently, debuting on the moderately successful TV Show "Gotham." However, once a character becomes hugely popular, some character tampering and misunderstanding sets in. The problem really arose when "Suicide Squad" was marketed by showing of Margot Robbie's booty. That is the root of the issue when it comes to modern Harley Quinn portrayal.

Nowadays, when somebody is asked to describe Harley Quinn, nine times out of ten, they go straight to the fact that they think she is hot. They talk about her romantic relationship with The Joker. They talk about her obnoxious voice and how hot it is. They also claim her to be dumb and very fun. Hell, I've heard some girls aspire to be like her -- they believe she is a strong female character.

This was not always the case. If one were to go back to her origin on the terrific 90s animated "Batman" series, they would know what Harley Quinn was all about, and how important and engaging her character was. Harley is the rare exception to the rule where the comics and the fans have ruined her character, for she is far from a strong female character, and she is not someone any girl should aspire to be. Quite the opposite, actually.

Harley Quinn's character and story are metaphors for domestic violence and the tragedy of being caught in one. Her backstory was that she was a psychiatrist who was assigned to treat The Joker. He did his Joker thing and manipulated her, and twisted her into loving him and making her his pet.

A common misconception is that The Joker and Harley are a couple. The Joker is not capable of being in a relationship. He doesn't function like a normal human being. He uses Harley Quinn for his own personal gain and cares very little for her. He would only be upset if she were to die if it directly affected his plans. She is just a stooge who is a cut above his usual stooge.

Harley, on the other hand, is desperately in love with The Joker and truly believes he loves her. That's the tragedy of it. Joker is just as vicious to her as he is to everyone else. He is verbally and physically abusive, yet she never leaves him because she believes he loves her as much as she loves him -- a common trait in many domestic abuse situations. Harley Quinn was never meant to be a character that merited imitation.

She was meant to teach young girls about the dangers of domestic violence and to be an example of what not to be. She is a tragic character.

However, that has somehow now been lost in translation. It seems that the objective of Harley Quinn is to please hormonal teenage comic book geeks by making her outfits skimpier and to sell a bunch of Hot Topic T-shirts. She is a consistent cosplay choice at most comic conventions.

It honestly upsets me every time I hear someone say they want to be like Harley because she is badass. It upsets me even worse when they say they want a relationship just like Joker and Harley. It shows they don't know what they are talking about and that they completely missed the point of her. Domestic violence is a dumb thing that exists, but the hard reality is that it does exist. Harley Quinn was made with the best of intentions and those intentions have now been squandered by the culture we now live in.

So, now when you go see "Suicide Squad" and oogle at the beautiful Margot Robbie as she plays Quinn or when you talk about how powerful and strong she is when you play her in "Batman: Arkham Night" or read a comic where she gives The Joker a gift, just remember how tragic her character is and what she was meant to represent. Then let the cold breeze of reality chill your soul. The joke is most definitely on you.