The New York Mets Start the Season Off Hot

The New York Mets Start the Season Off Hot

The team began the year with a franchise best 9-1 record and are looking to continue their success after disappointing last season. 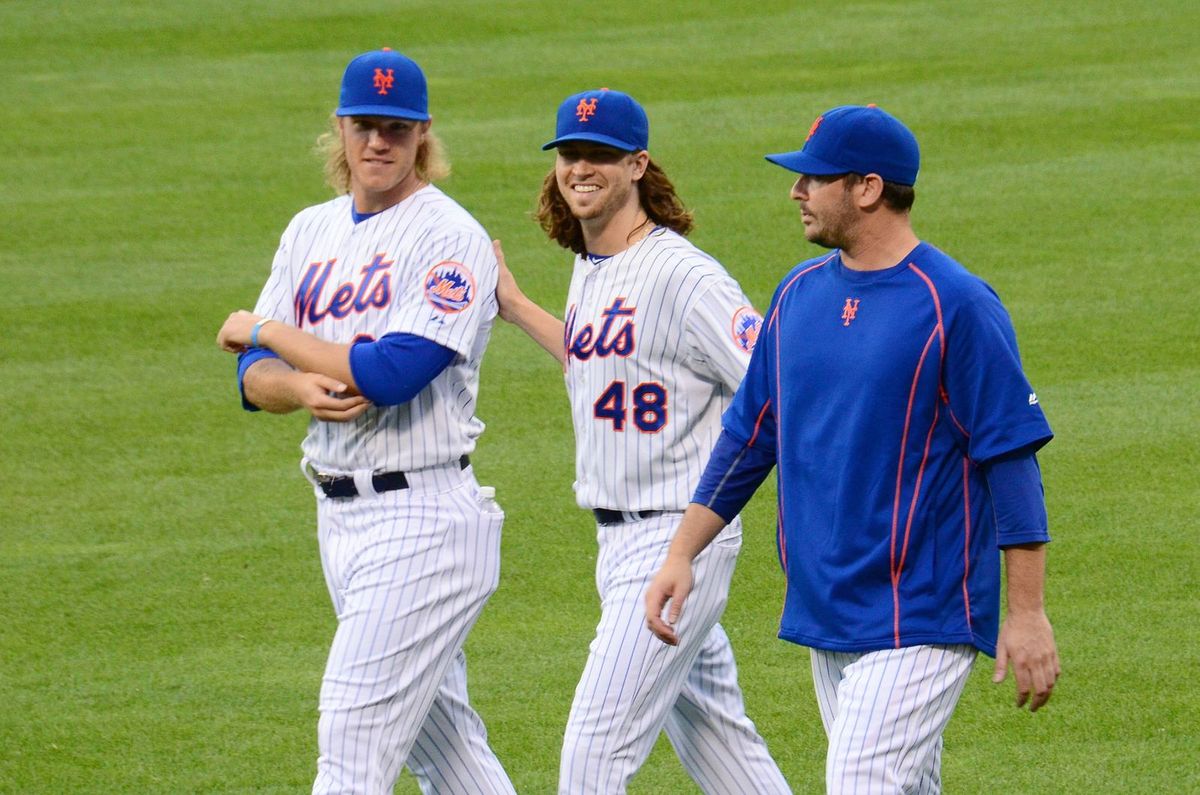 The New York Mets are off to their best start in franchise history.

What? Say that again?

You heard me right. The Mets have started the season with a record of 9-1 in their first 10 games.Three of those wins include a sweep of last year’s NL East division winning Washington Nationals. The Mets lead the National League through the first couple of weeks in April and are currently tied with the Boston Red Sox for the best record in the entire league. Their early success has fans ecstatic. The New York Mets, who seem to consistently feed the fanbase feelings of sorrow when they underperform and can never seem to seize a win in that crucial moment, have offered a glimmer of hope to their fans with their stellar play thus far.

Granted, it is still very early, with over 150 games left to play, but for Mets fans, it’s not hard to get excited about early season wins. After all, the Mets have only qualified for the playoffs three times since the 2006 season, including an appearance in the World Series in 2015. After seeing the potential the team displayed that year, fans had expectations of actually winning the championship, but a loss in the one game Wild Card matchup in 2016 and an abysmal, injury-riddled 2017 season that saw the Mets finish with only 70 wins left much to be desired.

After the disappointing 2017 season, the Mets entered the offseason with a roster that still had decent potential, particularly its young pitching, and was only 2 years removed from their 2015 World Series appearance. As the offseason unfolded and free agents struggled to sign with teams as their contract demands were deemed too expensive, the Mets made some clever, shrewd moves as prices went down and signed players to close up the holes in their roster. Third baseman Todd Frazier signed a team friendly deal as the Mets learned that captain David Wright would have a hard time getting healthy enough to play. Outfielder Jay Bruce signed a three year, 39 million dollar contract just after playing for the Mets last season, before he became a Cleveland Indian at the trade deadline. Adrian Gonzalez was signed to a one year deal at the league minimum salary after his release from the Atlanta Braves. They shored up their bullpen with the acquisition of Anthony Swarzak, who signed for two years at 7 million dollars annually.

These moves, coupled with the players that were already on the roster, have propelled the Mets to new and exciting heights that fans of the franchise have never seen from their team. Having Jay Bruce reunited with stars Yoenis Cespedes and Michael Conforto cemented the Mets outfield as one of the better-hitting ones in the league, while Adrian Gonzalez and Todd Frazier helped fortify an infield that has youngster Amed Rosario and veteran Asdrubal Cabrera down the middle. While Swarzak has unfortunately been placed on the disabled list early this season, other players in the bullpen have stepped up in his absense, including Jeurys Familia, who has six saves already, as well as A.J. Ramos and Seth Lugo, who have 11 total scoreless innings between them. And, of course, with Noah Syndergaard, Jacob DeGrom, Matt Harvey and Steven Matz all healthy at the top of the starting rotation, the Mets have a decent chance to compete for their division crown and even do some damage in the playoffs, just as they did in 2015.

Things are looking up for the Mets so far this season, and fans can’t wait to see what they have in store for the rest of the season.