The Female Breast Controversy Is At An All-Time High

The Female Breast Controversy Is At An All-Time High

Should the ladies be covering up or letting it all hang loose? 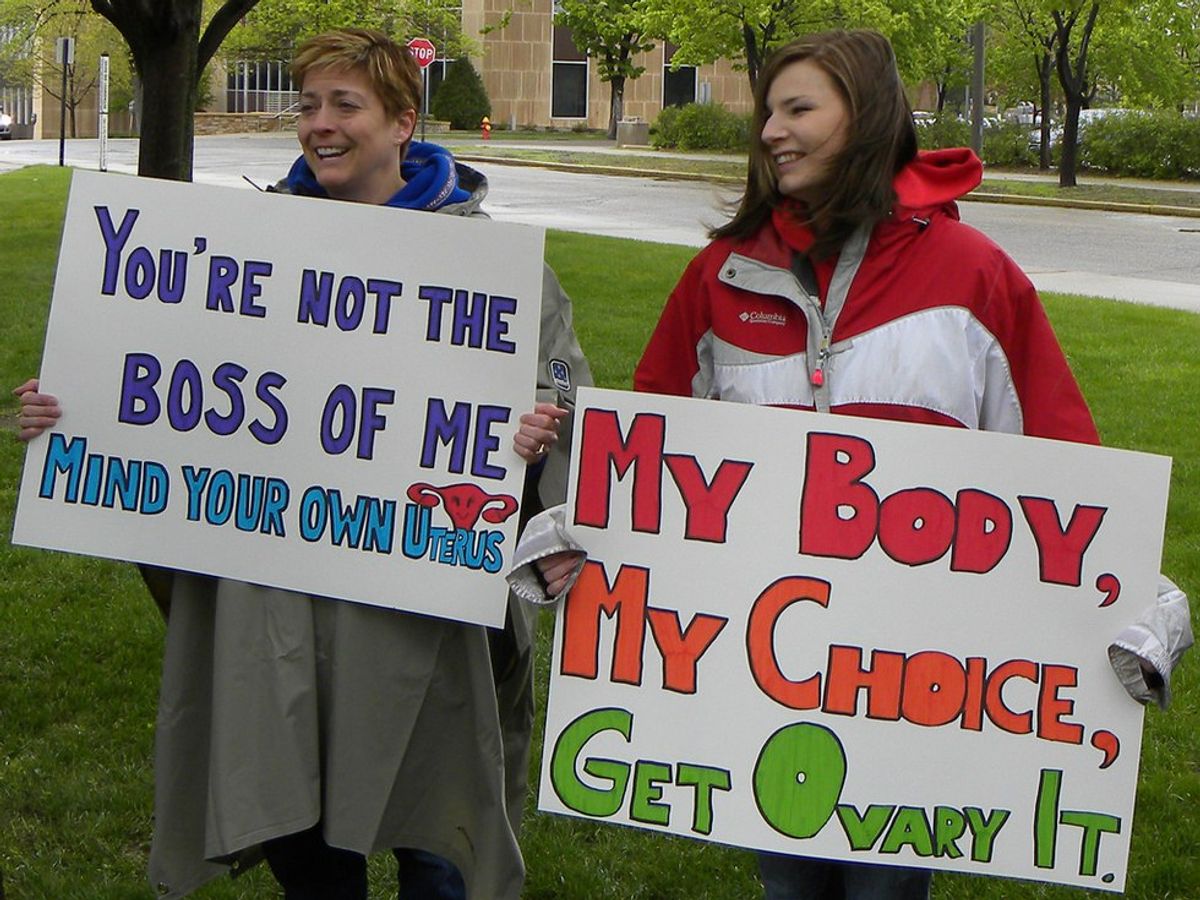 Female breast exposure has always been a subject of controversy, and nowadays, the focal point of several campaigns such as Free the Nipple. But how did this body part of women become so sexualized? The female breast is made and utilized for breastfeeding to take care of babies, how did this become the new focus of pornography and different industries who looked to make a pretty penny of exploiting the female physique, emphasizing specifically on the breast and nipples?

In classical art of Ancient Greece, and renaissance paintings and sculptures, the female breast was not exploited with sexual connotations. The female breast was simply part of the female body, and was seen as desirable and beautiful in the soft focus of lighting in the paintings where the female subject was seen nude. Women and men in nude were not seen as porographic, but more as a celebration of the beauties and wonders of the human body, because humans were celebrated in all their glory during the Renaissance era in the arts. Women in the times of Ancient Greece and Egypt were even very liberal with breast exposure, artwork points out that their breasts would be unclothed doing daily activities of the day in their daily lives.

Women, mistresses and queens had paintings and woodcuts of them in very showing dresses, exposing breasts and even the occasional nipple to encourage male audiences. Breasts were a huge selling point for the fashion industry, as well as to be better known to their public, because women showing their breasts and nipples was not as scandalous as it is now when a celebrity on the red carpet experiences a wardrobe malfunction or has a “nip slip”.

So you may be asking yourself, if the exposure of female breasts were perfectly acceptable in art, when was the turning point? Why are breasts now seen as taboo or unacceptable in public in some states and even some cultures around the world, but in other places are deemed acceptable?

Some historians believe it may have had something to do with patriarchal society, as women in societies began to be forced into their homes when women were overseen by their fathers, husbands and other male members of the family, living under male supervision. The female breast had become the dominant symbol of fertility and women retreated into the roles of wife and mother, they may have been forbidden to show the female breast in public. This is a case and point for women in Islamic societies, in which women are more likely to be very covered, sometimes head to toe in their garments for their religion. In other societies, such as where the weather is tropical and sweat-inducing, women are more likely to be topless just so they can be relieved from the heat.

A startling fact about World War II began a turning point in western civilizations in Europe when Field Marshal Plaek Pibulsonggram, who doubled as Prime Minister and dictator of Thailand, decreed a mandate for the country that Thai women, in order to appear “civilized” must cover up and wear a shirt. In the Victorian era of Europe as well as around the world, women’s fashion was dramatically changed where the breasts were covered up and hidden, and Queen Victoria in England during her reign eliminated any customs that had anything to do with breasts exposed as well as anything regarded to sex. A mother’s commitment to her family and husband was vastly, yet again, emphasized.

Even here in the United States, female breasts are seen as scandalous and pornographic, because after decades of hiding them under numerous fabrics, they now have a concealed private identity, rather than public exposure like the Ancient Greeks and Egyptians. Playboy has even made the decision to stop displaying pictures of nude celebrities and models in their magazine, and feminists are enraged because of it. The chief executive had stated that having the nudes featured in Playboy magazines, was just “one click away from every sex act imaginable for free” to get more readers for the online as well as the physical version of the magazine, and not be a link away from a disputed porn site.

Each state is different with their particular laws on what is accepted of breasts in public and what is considered indecent. Some states may allow breast exposure but don’t allow nipples to be seen. There is an underlying assumption in the United States that the exposure of the nipple is equivalent to “public fornication” and it remains up to the public whether breasts in public are either seen as a sexual display or for breastfeeding. There are many states and even public businesses who have shooed women nursing their children out of their stores and establishments because they cannot have a woman showing her bare breast in public, even if it is for nursing her baby.