The Music Game Is No Match For This Upcoming Artist: JAiMS
Odyssey
CurrentlySwoonLifestyleHealth & WellnessStudent LifeContent InspirationEntertainmentPolitics and ActivismSportsAdulting
About usAdvertiseTermsPrivacyDMCAContact us
® 2023 ODYSSEY
Welcome back
Sign in to comment to your favorite stories, participate in your community and interact with your friends
or
LOG IN WITH FACEBOOK
No account? Create one
Start writing a post
Entertainment

The Music Game Is No Match For This Upcoming Artist: JAiMS

When music, creativity and knowledge is all composed into one person, be prepared to consume some great content! 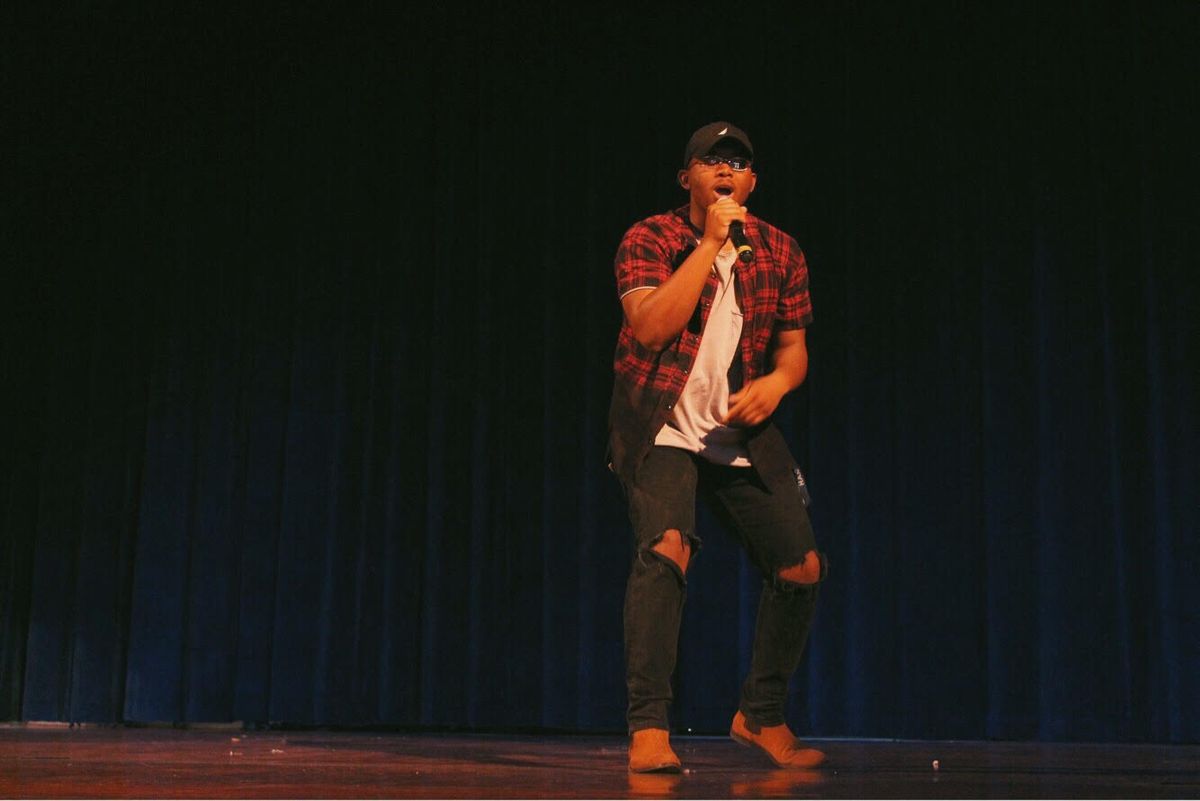 This upcoming rapper hails from the sweet state of New Jersey and is taking his music endeavors with him to Hampton, Virginia, as he continues to finish on with his college career. JAiMS has an incredible work ethic and manages to keep up with school, music and his group, FREEWORK Entertainment. It's more than the music when it comes to this artist, he's trying to impact lives, spread wisdom through each track and is building a platform for other creatives to join. With all of the talent manifested in this young soul, JAiMS is sure to bring you more great music and visuals in his upcoming projects.

How did you get your start with making music?

My friends were rapping at first back when I was in high school. We all went to the same church and one day we were all in my friend, Meech’s basement and my other friend CJ wanted us to hear his new song and he started rapping it for us and I was just like, "Yo I can do that." I first started out on the T-Pain autotune app which wasn't very good but it was my first initial start.

How would you describe your own personal style of music?

I feel like everybody's different. You tend to hear a lot of artists that sound the same, but if you're just yourself on a track you'll automatically just sound different. I just try my best to give a sound that I would give on every song I put out.

Who are some of your musical influences?

My favorite artist would have to be Drake. I wouldn't call him my influence though, I would consider Travis Scott and Schoolboy Q my influences strictly off of the fact that they have a completely different sound and that's what I'm going for too, to be completely unique when compared to everybody else.

How has being in school affect your creating music process?

It has been easier to create music because there's so many artists here and we all uplift each other, but at the same time it's still competition because we're all releasing music at the same time and we're trying to get everyone to listen at the same time as well. Just being able to have these experiences is amazing because I try to talk about my life as much as I can in my music. I’ve realized that telling the truth in your music is what gets people to listen. So coming to college and having that to talk about in my music is something very relatable to the audience I’m trying to reach

Do you feel like if you weren't in college that you would be further with your music?

I always thought about it like that because if you didn't go to college you'd have every moment of the day to be working towards your music, but I feel as though going to college and learning these skills that you can only learn in college helped me to develop my sound and abilities to a different level. So I'm glad I did come to college and didn't stay home.

Where are some of your favorite places to be and why?

I don't really have any favorite place to be besides the studio but I really like to be with people. I like to be with my friends and people I keep close to me and my family of course, but I don't really like to be "somewhere". I just want to have a space where there's good vibes, so the people around me are the most important. We can be at the movies or the beach it just has to be the people who help to make the time-being fun.

I actually go to the Chapel on campus and that's where I sit and write because of my relationship with God that I write about that in my music as well. Just being in the Chapel and being in that space by myself I kind of just focus and write with God. No one is ever in the Chapel unless it's a Sunday morning or a Wednesday afternoon but other than that no one is ever in there so I just go there whenever I feel like it and just write and rap to myself.

Which song on your album 'BASiC CABLE' is your favorite and why?

I'll have to go with Middle East, strictly off of the fact that Middle East was how I used to rap back in high school but just better. So I was able to merge my new style with my old style and make it into what it is now, that's why I love that song so much.

How do you promote your music/specific ways you reach your audience?

Aside from SoundCloud, I use this website called TuneCore.com and that's how I got my music on Apple Music, Tidal, Spotify and everything else. I have my music free on SoundCloud, Apple Music and all of the other outlets but for people who want to support me that's when they can go to GooglePlay or Amazon Music to pay for it.

What are some of your plans if you make it really big in the industry?

One, my mom doesn't have to ever worry about anything again. I definitely want to take care of my family and then paying for the rest of college because these loans I have are critical. I have a scholarship that covers partial but not everything so it's just good to have some type of help financially. Outside of that I'm not to really big on that lavish lifestyle, I just want to be comfortable, so just making sure everybody around me is good and that I can live the way that I want to is my ultimate goal.

What's some advice that you would give to other upcoming artist?

Network. Networking is the most important thing and finding people that you can work well with. It's all about getting to know the right people genuinely. Develop a strong network, reach out and build with as many people as possible because you never know who you may need in the future or vise-versa, building a strong base with people as of now should be the main objective.