The Honest Truth About Being Baptist

The Honest Truth About Being Baptist

The reaction I have noted when discussing religion outside of a classroom, and what I have to say about it 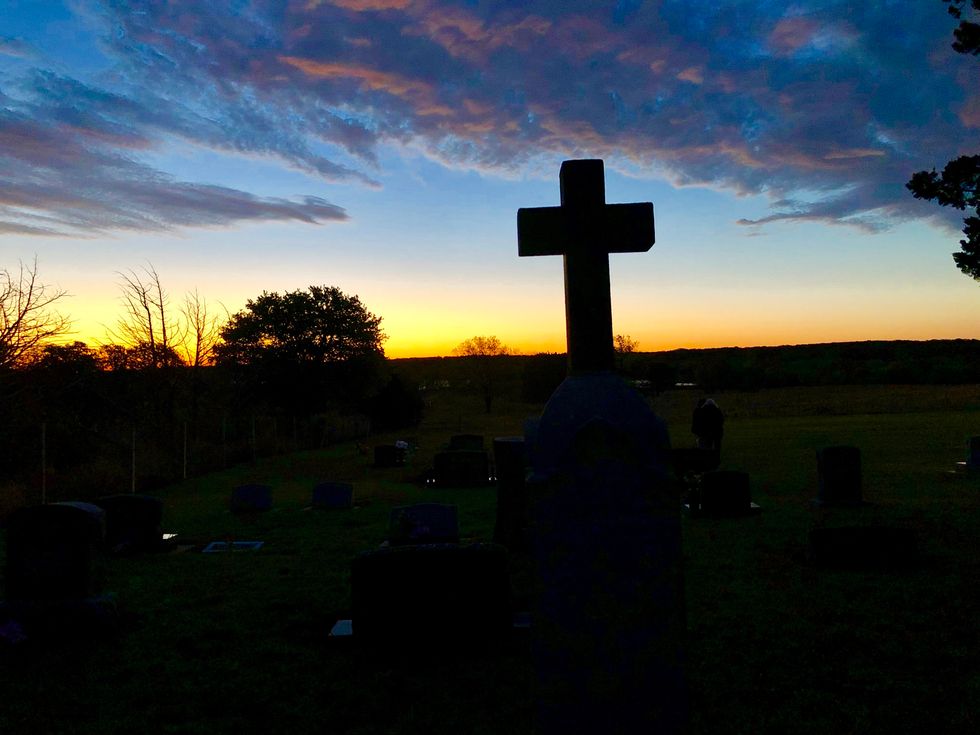 I know I know. "Stormie. You're in Oklahoma. That's not weird. You're in the thick of the Southern Baptist population. You're in the Bible Belt." Well, it seems none of these make a difference on a college campus. It seems that, while college can be a time to grow in your faith and beliefs, it is also a time for many people to find they prefer their own religion, or none at all.

You see, the reason I have chosen this topic is because I have found that in mentioning my faith, and the particular branch of faith I claim, people flinch. It's not an exaggeration either. It is a visible, visceral reaction. Once, while briefly speaking to one of the many religious groups gathered on campus, one of the women attempted to hand me a flyer. When I politely declined, being Baptist and not of her denomination, she was so visibly uncomfortable that she physically displaced herself by walking from my side across the table and standing behind one of the men within the group. It was shocking to me to realize that the word Baptist was so jarring to some people.

What is it about this particular denomination that raises eyebrows? What is it about God that makes people curl away as if they've been shocked? I won't be so arrogant as to claim I know all sides of the argument, and I won't be so ignorant to say that I don't understand it at all. The thing is, when the only part of the Gospel you hear is the harshest part of it, it can be a little off-putting.

The point of this article is not to convert anyone. Nor is it to condemn anyone. I am writing this as an educational thing of sorts. Consider it a theological description if you will. What is the difference between Baptists and the other denominations? The answer may surprise you!

First and foremost, one needs to understand the Trinity, the Godhead, three-in-one, if you will. The idea here is that God is made up of three parts: the Father, the Son, and the Holy Spirit. Easy enough right? A good Sunday School answer? Wrong. Because here's the catch. They are all the same thing. It's like having a coin or dice with three sides, if there were such things. They are all part of the same being, but with different attributes and different aspects shown. I'll leave it there, which is hopefully simple enough to avoid being too confusing.

Secondly, one needs to understand the Gospel. I'll keep this as brief as I can as well, but there's quite a few important parts to it (even without my anecdotes to support it). Let's begin. Jesus, the Son portion of the Trinity, came to Earth fully God and fully man. He was born of a virgin woman and lived a perfect life into adulthood. He healed people, performed miracles, mentored, and taught masses of people. He was radical for the time, trying to guide people away from sin, even enduring 40 days of temptation without giving in. He then willingly went to the cross, was tortured, and died for the sins of the world. Within his final words he said, "Forgive them Father for they know not what they do." (This can be found in the Bible in Luke 23:24). Lastly, after being buried, Jesus rose again 3 days later, fully alive and fully transformed. He loved us enough to become the Final Sacrifice, and was powerful enough to conquer death. Pretty fantastical isn't it? I prefer the word amazing myself. It is a truth that I find offers a great deal of hope and support. But alas, I have promised only facts.

Final thing. The thing that distinguishes Baptists. You ready? It's super surprising and unexpected so prepare yourself. You ready now? Here goes. The answer is: Baptism! "Too obvious" you may say. "Stormie, other denominations baptize too," you may say. However, what makes it different is the emphasis that is placed on the act. Baptists believe in emphasizing the "dying to self, raised to life again" part of scripture. The watery grave is a metaphorical death that symbolizes a cleansing of sin, and rebirth in a new self. The whole point, is that when you come out of the water, you are living a new life representative of your faith. It is not easy, and you are not made perfect, but you are publicly given a new purpose to go out and glorify God.

I want to explain again why I wrote this article. Did you make it to this point? Or did you run from the mention of God? Because the thing is, no one should flinch at the idea of speaking to a Baptist woman. Instead, remember the basics I shared above. You may find you have more in common than you think.