The Hierarchy Of Descent
Odyssey

The Hierarchy Of Descent

A poem written my sophomore year of high school 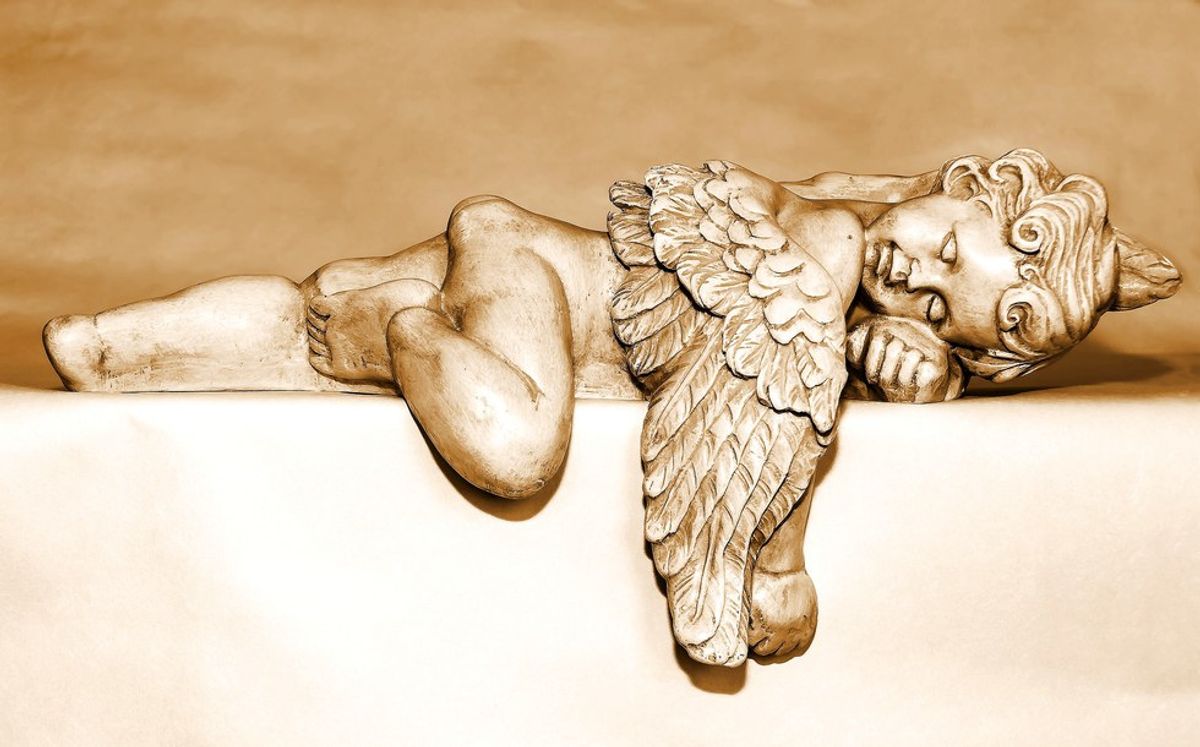 Angels of white with lungs of black

Blow billows of smoke all down the back

Of heaven which shines corruption free

As angels of white are clear to see

High above the incessant tangle

Of human affairs, smoking their cigarettes in secret.

When the school master of sorts does arrive

The angels of white scramble to hide

Watching the line of cigarettes dive

Through the dark, dreamy night

Leaving a scar with the stars that pass

As little cold figures of glass

Down fall the burning cinders,

Down rain the smoking stars,

Catching beauty within the scars

Balanced on the heads of doves,

They spread their feathered wings,

When they define the sin.

From his home here on Earth,

The King of Glass observes the birds,

And ponders the scopeof the smoke star’s worth

As the birds beat with the damning words

Draws up a bow, arrow in sync

Watches the point hunt high above

Her beak touched and kissed the ground,

Quiet, silent as in prayer.

The King of Glass looked and found

No stars on her red bleached hair

Slowly, quickly, with grin of greed,

He brought a knife to her wings

He slashed and cut through the dead bird’s back

As the angels sat, smoked, and prayed

He took them from her feathers white,

And stitched them to his shoulder blades.