The Great Gatsby: A Happily Ever After or a Tragic Failure in the Pursuit for the American Dream?

The Great Gatsby: A Happily Ever After or a Tragic Failure in the Pursuit for the American Dream?

Blinded by romance and lust, Gatsby was unable to come to terms with the fact that his chase for the American dream was completely out of reach, and so was the love of his life. 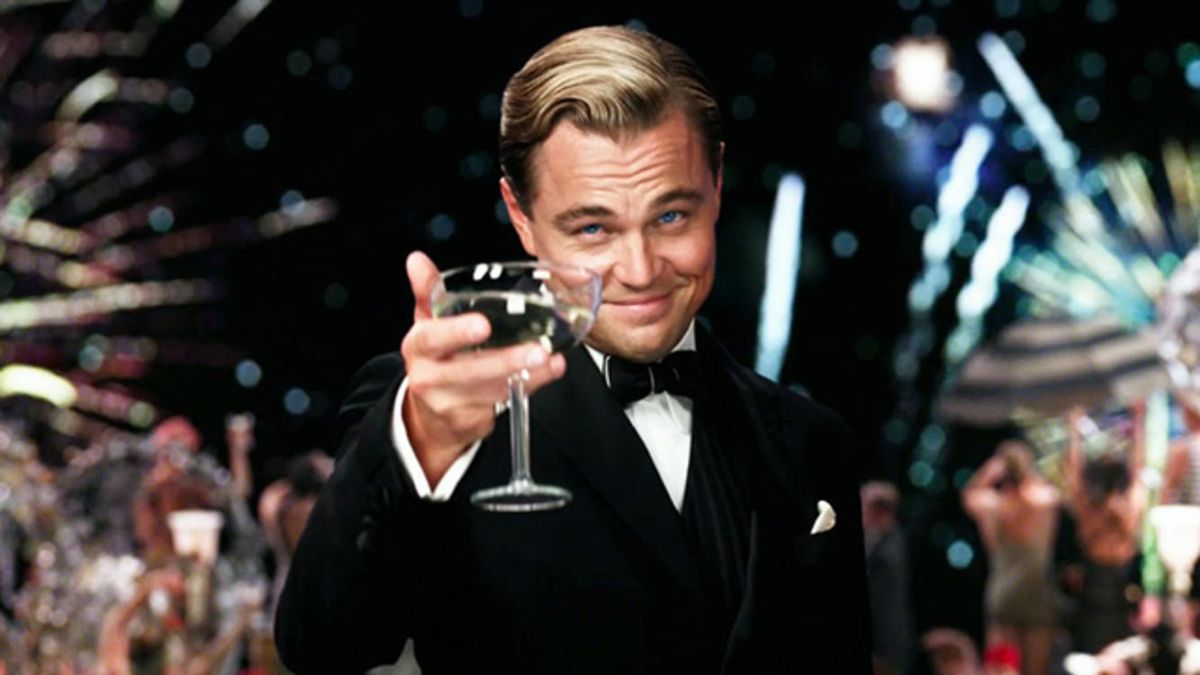 In the novel, The Great Gatsby by F. Scott Fitzgerald, the main character Jay Gatsby can not let go of the past, and tends to make decisions based upon what had once happened. Jay Gatsby spent five years chasing the American Dream, and falling even harder in love with a woman whom he barely knew anymore, Daisy Buchanan . Jay Gatsby, was once a man named James Gatz and through his strife and struggle for the American dream, he ultimately rose to be the powerful, rich, and determined man he became. Gatsby is stuck in the past, trying to create what once was and his career and his pursuit for the American Dream slowly begin to leave his reach. Gatsby’s inability to let go of the past and his obscured view of Daisy ultimately led to his downfall and disappointment in life.

Gatsby rearranged his whole life in order to pursue whom he thought was the love of his life. He went from a man of war to a man of riches and wealth, all for one simple reason; Daisy. Gatsby had a vision of Daisy implanted in his head from their previous history and relationship together.Gatsby was stuck in time, with nothing but the old Daisy and their life together on his mind. In an argumentative debate, Gatsby sticks up for himself saying “Can’t repeat the past? Why of course you can!”, showing that he is truly confident in the fact that what once was can be again with Daisy. It is as if Gatsby knows that he can not have back the past and the time he spent with Daisy, but saying it out loud only helps him convince himself more that it is true, and he can repeat the past. At the tragic ending however, Gatsby’s pursuit for the American dream as well as Daisy come to a halt, and he is proved wrong. Life without Gatsby is intolerable and insufferable, and that is the exact same feeling Gatsby has towards Daisy. He believes life without her is not worth living, and he makes it so his life revolves around her, and in the end, the cause of that is shown through the outcome and tragic end of not only his life, but his pursuit of happiness.

Every novel has a hero, and every hero has their flaws. Gatsby’s tragic flaw was his inability to let go of the past, and his powerlessness over the control of time. Gatsby went through so much in order to pursue the so-called idea of the American Dream, and in the end, he was left with nothing, just like when he first started off as James Gatz. No matter how shallow, conceited, and cruel Daisy truly was, Jay only saw what he wanted to see, a lovely woman five years younger, without a child, and madly in love with him. Gatsby can not control what Daisy feels, but he goes out of his way to make it so she notices him him, and his true feelings for her. In a flashback of earlier times, Nick recalls an interaction between Daisy and Gatsby where he says “At his lips touch she blossomed for him like a flower and the incarnation was complete”. At this moment, Gatsby has a new beginning whether he notices it or not. It is a moment of intense connection and emotion between the two, but it also gives Gatsby false hope for what is to come. Gatsby believes with this kiss, he becomes one with Daisy and that they will fall in love and never find another person to be as happy with. Gatsby does not acknowledge all that will come along with loving Daisy, and he only falls in love with the idea of her, back then right in that moment five years ago. Gatsby never once takes into consideration that with time comes change, and people do not stay the same for long. Gatsby fails to realize that no one can change or control past ideas of people or what true feelings they have in their hearts. Gatsby such like many other individuals have the tendency to chase an impossible thought and believe what they want to be true, and that is why Fitzgerald’s work is so relatable.

Gatsby is living the same old, basic rags to riches story that every American loves to hear, and that most individuals can relate to themselves. Gatsby is blinded by love, and overcome with emotions that he once felt for Daisy, and his past life, as the once “James Gatz” and he can not seem to let go of it all. Despite the struggles and strifes Gatsby has faced in the pursuit of Daisy, he still does not give up, and he keeps falling even harder and harder for her as time goes by.

We, as individuals can not repeat the past, but some believe history is doomed to repeat itself. Gatsby proved through his chase of the American dream that in the end, it only leads to downfall and disappointment. These ideas he had about Daisy as well as his life were all based upon the past and in the end, all they were was just a handful of memories. Gatsby is stuck in the idea of the Daisy he met five years prior to when he wanted her is the same one he sees now in the present. Gatsby was unable to come to terms with the fact that his chase for the American Dream was completely out of reach, and so wasn’t the love of his life.