So, The Girl Who Made Me Want To Kill Myself Goes To My College
Odyssey

So, The Girl Who Made Me Want To Kill Myself Goes To My College

I was almost not a part of this Earth because of her, and now I see her in the library. 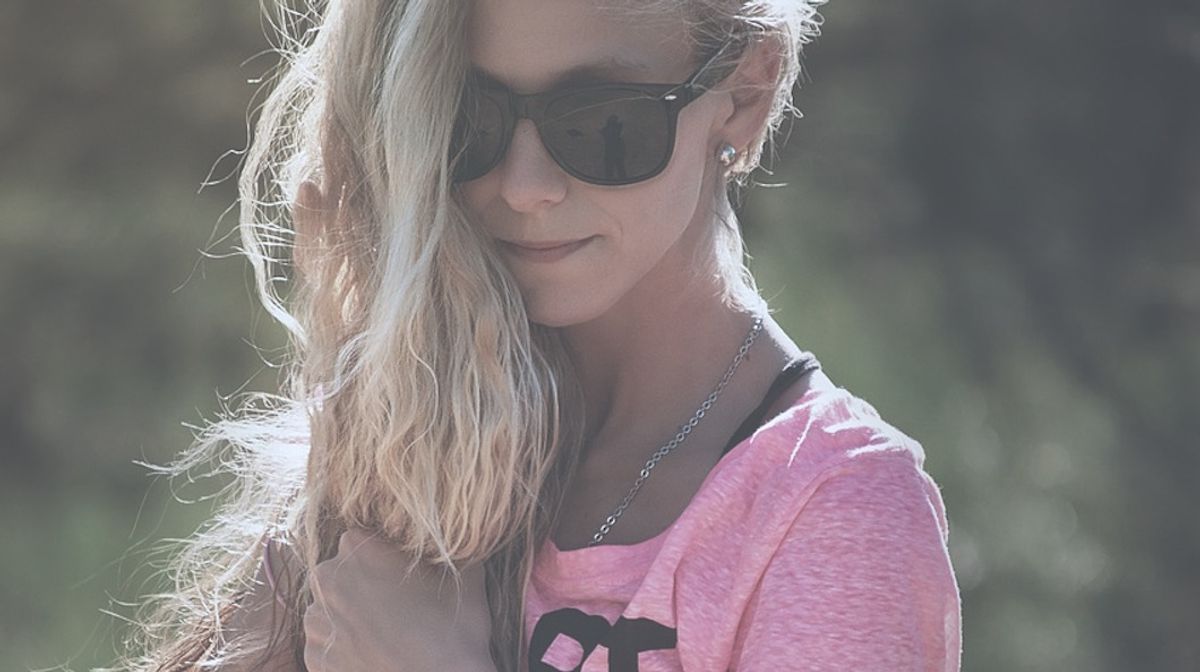 Middle school is a painful time for most.

I had a happy childhood, I'm an only child with adoring and caring parents, grandparents, and brilliant opportunities.

An entire family that puts my needs first, I never had to want for anything and thrived in the spotlight. However, in 6th grade this all started to change. As I write this I want to terribly to put her name in here, I want people to know the pain she caused me, the tears she made me cry, the basketballs she through at my head, the absolute terror she was on my life. I want people to see who she is, or at least who she was. I want people to be able to put a face and a name to the horror I am going to tell. But something stops me, whether it's fear or morality, I don't know if I'll ever know. But, I do know her name won't be in this article.

6th grade came along and I was so excited, middle school was a year away I was growing up and I was thriving.

And then, she entered my life. On her first day I tried to be her friend, I gave her the tour of the school, helped her find her desk and worked to let her know she had a friend. And there we were for a couple months, I was her friend and she was adjusting to school beautifully. And then it started. The constant insults, the violence. The talk of how I looked like a boy, because gender roles are ever oppressive, the talk of how ugly my hair was, how ugly my face was. I was apparently the ugliest girl she had ever seen, and she made she everyone else think so as well.

Seventh grade started and she came back with such an aggressiveness I think I knew I was doomed before it even started. Gosh, it was every day. She capitalized on every opportunity to call me dumb, ugly, too skinny and fat in the same breath, to make fun of my boy body, to tell me I was unwanted, to make me eat lunch alone, in the bathroom. She took everything. She ripped me apart and then burned all the pieces. She would throw basketballs at my head in gym class and would have all the girls laugh as I got hit. She would laugh after I answered any question in class. She would tell me I needed new clothes because they were so ugly and when I got new ones she would simply tell me these were uglier than before.

She once even almost got me lost in the city, at 12 years old.

We were on a class field trip in the city and I had to go to the bathroom so I went with a couple girls in my class and she all got them to leave me in the bathroom, and I was about 5 seconds away from missing the school bus back to school. There I was out of the stall in the bathroom and terrified. I had no phone, and I was stranded in the city. Looking back on it I could have been kidnapped and lost forever, but she didn't care, all that mattered was that I looked humiliated.

She made me feel so worthless that I constantly felt it didn't matter if I lived or died. I stopped eating, I stopped sleeping, and I developed such anxiety and OCD. I washed my hands so much that in seventh grade I had horrific sores covering my hands. I thought ending myself would stop her voice playing over and over in my head. It would stop the continuous hearing of how worthless I was, how much better the world would be without me.

My parents watched their once lively, dancer, outgoing daughter become a 75 pound, hollowed out eyes and soul, empty being. My parents are the only reason I'm still here. They continually told me how much I was worth and tried to impress on me that it did matter if I lived or died. However, no matter how loud they tried to make their voices, hers was never fully gone. My parents took me to therapy, got me all the help they could, and continually impressed upon me that I had a life that was worth living.

And I made it.

I switched high schools, was surrounded my girlfriends that showed me my worth again, I met the love of my life, I developed important and life changing relationships with teachers and I became almost whole again.

Cut to college, and here we are at Binghamton University I have met great and wonderful people, and have developed friendships I know will last a lifetime.

But the real kicker is that the same girl, the girl who made me feel so worthless I wanted to kill myself daily, the girl who almost broke me past the point of no return goes here. She's here, and it feels so unfair. We're in the same position and I think that is what hurts the most. She was this horrible, despicable person and she ended up in the same place I did.

I wish I had some brilliant lesson, or a more positive message but the only thing I can offer is that I don't often think about her. Only when I see her, and it definitely hurts, but it is not a constant pain.

I saw her in the library today, she walked right in front of me. With a pink backpack and a marble reusable water bottle. She didn't know who I was, how could you have such an impact on someone, albeit negative, and not even give a second glance?

I guess the message that should come out of this is that actions matter. They matter so much and when you hurt someone, I promise you are destroying them. And also, we're all worth it. We're all strong and we're all loved. Please trust me, choosing to live was the best thing I ever did and even if she's here with me, I know I am worth something.