I Was A Foreign Exchange Student In China
Odyssey

I Was A Foreign Exchange Student In China

My five week experience in a Chinese homestay environment. 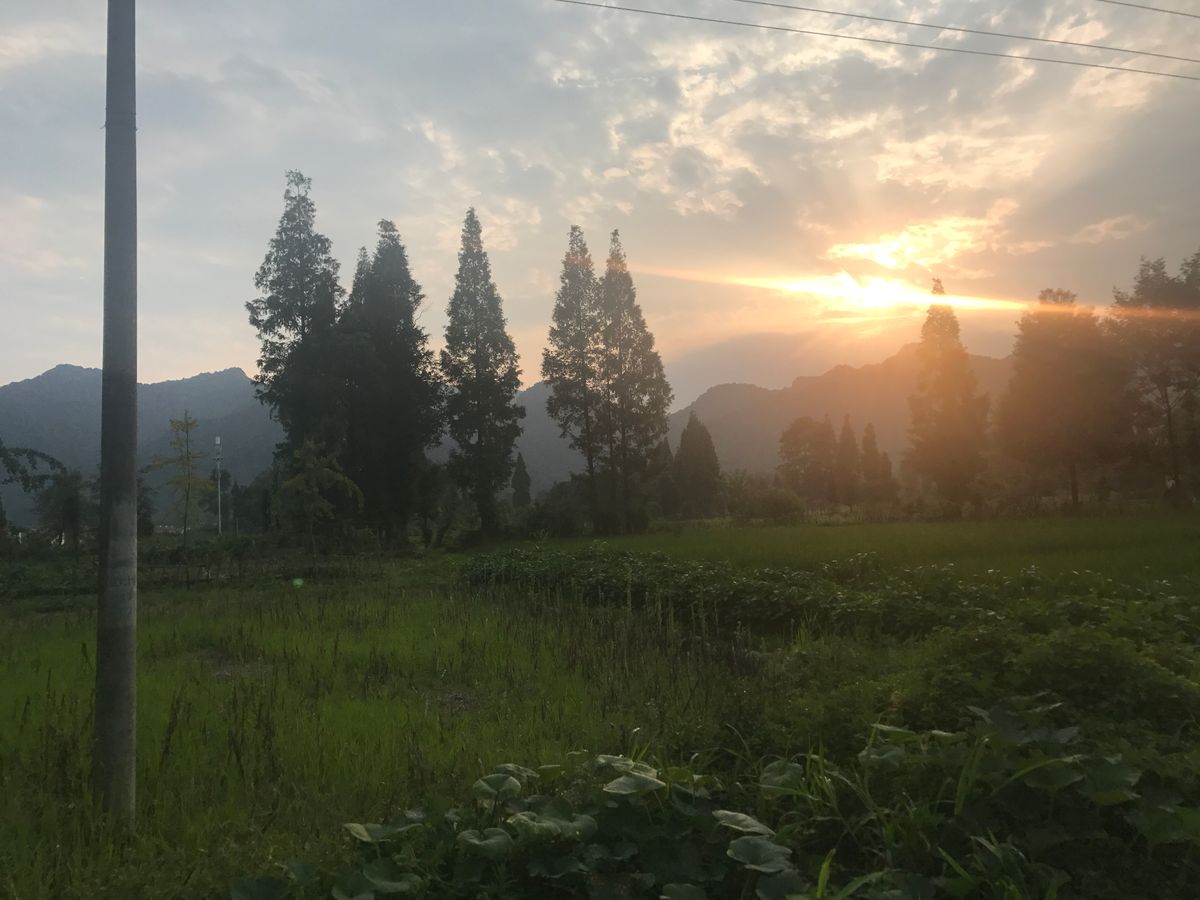 There are many things I never thought I would be doing in my life time, never mind in China. Climbing up a mountain, barefoot, in a dress, eating a huge chunk of cucumber with a group of people who don’t speak my language was definitely on that list.

During this this five-week program, I was given a homestay family. Homestay is when you live with another family from a different culture so you can learn what it is like to live in that country. Waiting for my homestay family to pick me up at the hotel was nerve-racking, but not as nerve-racking as it was to sit in a car for almost two hours with people who can barely understand me.

Once we got “home” they gave me a pair of plastic slides to wear around the house and then showed me my room. I put my bag down and before I could even look around the mom handed me a cup of citrus water. She then makes dinner and we sit down at the table to eat. But first, of course we had to take a ton of pictures whenever I do anything, so we take a bunch of pictures and then we eat.

There was fish, duck, noodles, rice, scrambled eggs and tomato, and more fish. As I was eating, the mother kept telling me to eat whatever I want and then keeps putting food into my bowl. I didn’t want to be rude and not eat it, but after about 3 bowls I was stuffed.

After dinner, my homestay sister and I played Chinese checkers and five in a row. After a few games, the mother gave us money for watermelon and we went out to get it. I’m not kidding when I say I have never had so much watermelon in my life. The mother always gave me more than the daughter and I had to have eaten an entire quarter of a whole watermelon.

When I woke up the next day they had me eat breakfast, and then make dumplings for what felt like forever, but was only for roughly 2-3 hours. The mother put two bowls of dumpling filling on the table, one meat and one spinach. We would take the dumpling skin and plop a spoonful of filling in the center. Once you have the right amount of filling you can either fold the dumpling in half once or twice (depending on the size of the skin).

After we made the dumplings, we had lunch and I bet you can guess what we had. After that we took a nap and then packed up the car to go to a mountain place. After a three-hour car ride, because we got lost, we arrived at a hotel where we stayed for the rest of my homestay trip. I got to meet their friends, who speak no English at all. We had dinner, where my homestay grandmother took a turn filling my bowl over and over with whatever was on the table. They took a lot of photos and took turns telling me I was tall and beautiful and then we went for a walk.

I had no idea this walk consisted of a view of the mountains. It was beautiful. We kept walking until we met a man who must have owned a farm because we followed him to a field of corn and cucumbers where I got to pick my own corn. We then went back to his house where he gave us tea, chunks of cucumber, and corn. After a few hours, we went back to the hotel where I got to finally go to bed.

I woke up to the loudest crack of thunder and the sound of the pouring rain. I got up, got dressed and we went downstairs for breakfast. I don’t remember eating much for breakfast, but all I remember is my homestay mother checking the weather. The rain stopped and I guess we were going hiking with the random man from the day before. We get in the car and drive for about 45 minutes up the side of a mountain, where if we swerved even the slightest we would have driven off the road and into what looked like a mudslide, but was just a rushing river. As we are driving my heart was pounding and I started to get anxious.

We finally park, get out of the car and, of course, we are in the wrong spot so we get back in the car and keep driving. Once we finally figure out where we are supposed to be we get out and start walking. Remember when I told you it was pouring out? Yeah, well it flooded the trails up the mountain. As I am staring at this huge puddle and the mini waterfall pouring off the side of the mountain my homestay mother looks at me and tells me to take off my shoes. Of course, I listened, because why not right? I am now walking up this flooded path, barefoot but the water from the rain cools me off from the heat that was starting to get too hot for me.

Halfway to where we were going the man looks at my homestay sister and says something in Chinese. She then grabs the end of the cucumber and he takes out his pocket knife and slices a huge chunk off into her hand. He then turns to me and smiles. So, I took the cucumber in my hand and he sliced a big chunk off for me to “snack” on.

Now, I am climbing a mountain, barefoot, eating a chunk of cucumber with strangers. In America, I would have been in trouble, but here I was safe. At one point, I turned around and just stood there in admiration, I was in the mountains of China and will probably never see this again.