The Constitution And Slavery
Odyssey

The Constitution And Slavery

Prior to the 13th Amendment, did the Constitution support slavery? 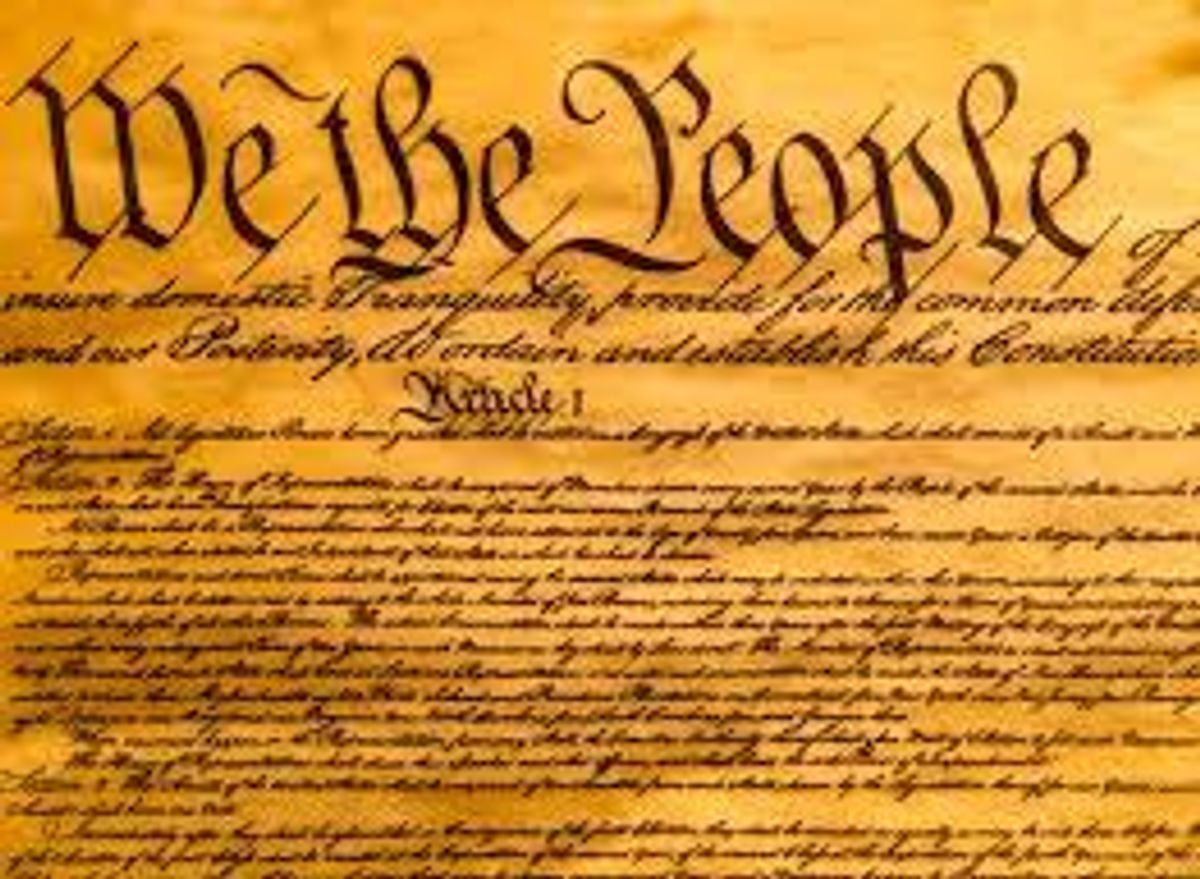 One of the arguments politicians had prior to the Civil War was whether or not slavery was protected under the United States Constitution. Southern slaveholders, led by South Carolina Senator John C. Calhoun claimed, "[H]ave we not a right, under the Constitution, to our property in our slaves?" due to the description of the fugitive servant clause. Northern Republicans and abolitionists, such as Abraham Lincoln and Frederick Douglass, on the other hand, fervently denied this idea. Once Lincoln was elected in 1860, 11 states seceded in order to protect what they believed to be their constitutional, "right of property in slaves." After four years of war, the position of Lincoln and Douglass won out. Although the Civil War ended with the belief that the Constitution did not support slavery, is that actually the case?

When the Constitution was in the process of ratification, anti-federalists, such as Patrick Henry, opposed it, believing that it created a national government that could potentially threaten slavery. James Madison tried to convince the ratification delegates of Virginia otherwise by saying, "The original intent was indeed to protect slave property." So which is it, James: is it wrong to admit slavery into the Constitution, or is it the document's intent to protect it? Although it may seem that he is contradicting himself, both statements could be considered correct. Slavery is never mentioned in the Constitution, but there are 11 clauses that allude to its existence. Of those 11, 10 protect slavery and the power of slaveholders.

There are three blatant examples of slavery's existence in the Constitution. The first is the three-fifths clause. Slave-holding states wanted to gain power by counting slaves as people, thus attaining more representatives in the House. Northerners attacked this idea because previously, slave-holders justified slavery because slaves were not people. In order to prevent the slave-holders from walking out on the convention, and to scale back the power they would attain, the Convention settled on the counted slaves as three-fifths of a person.

Did these constitutional clauses really give slave-holders that much power? Yes. Thomas Jefferson and James K. Polk were both elected with the help of the three-fifths clause in 1800 and 1844, respectively. Some critics of the influence of the three-fifths clause claim that it only affected representation in the House and not the Senate. However, what these critics do not consider is how it effected the number of electors in the Electoral College. The number of electors is determined by the number of senators, which is two for every state, plus the number of representatives in the House. This means that counting slaves gave slave-holding states more electoral states, and electoral votes then they deserved. In 1800, had the slaves not been counted, John Adams would have won the electoral vote and the election, but instead Jefferson won. This happened again in 1844. James K. Polk was able to defeat Henry Clay based on the electoral votes from the Deep South, slave-holding states. Although the clause directly effects representatives, it was also pivotal in presidential elections.

So who was right? Were John C. Calhoun and the slaveholders right in saying the Constitution protected chattel bondage, or was it Lincoln and Frederick Douglass who believed it didn't? Unfortunately, both can be considered correct. Although not explicitly stated, the Constitution was very pro-slave owner, but it had to be. Had the Constitution not included clauses that were beneficial to slave owners it would not have been ratified by the slave-holding states. However, although those clauses were beneficial to the slave owners, they did not recognize institution of slavery as national law. The vague allusions to slavery acted as both appeasements for slave-owners and damage control. The founders knew very well the hypocrisy of slavery in a country founded on the principles of freedom, therefore, they did not explicitly protect it, but they never denounced it either. Although these clauses may have preserved the Union in 1787, it ensured that the legality of slavery would be decided through war in 1861.

The first time the Constitution references slavery by name was in the 13th amendment, which abolished the institution. Prior to its passage, the Constitution did not support slavery, but it definitely did not denounce it either. The Constitution's indecisive stance on slavery was one of its biggest weaknesses.