The Catholic Church, along with many others has always claimed to be a force of good, this is simply untrue. 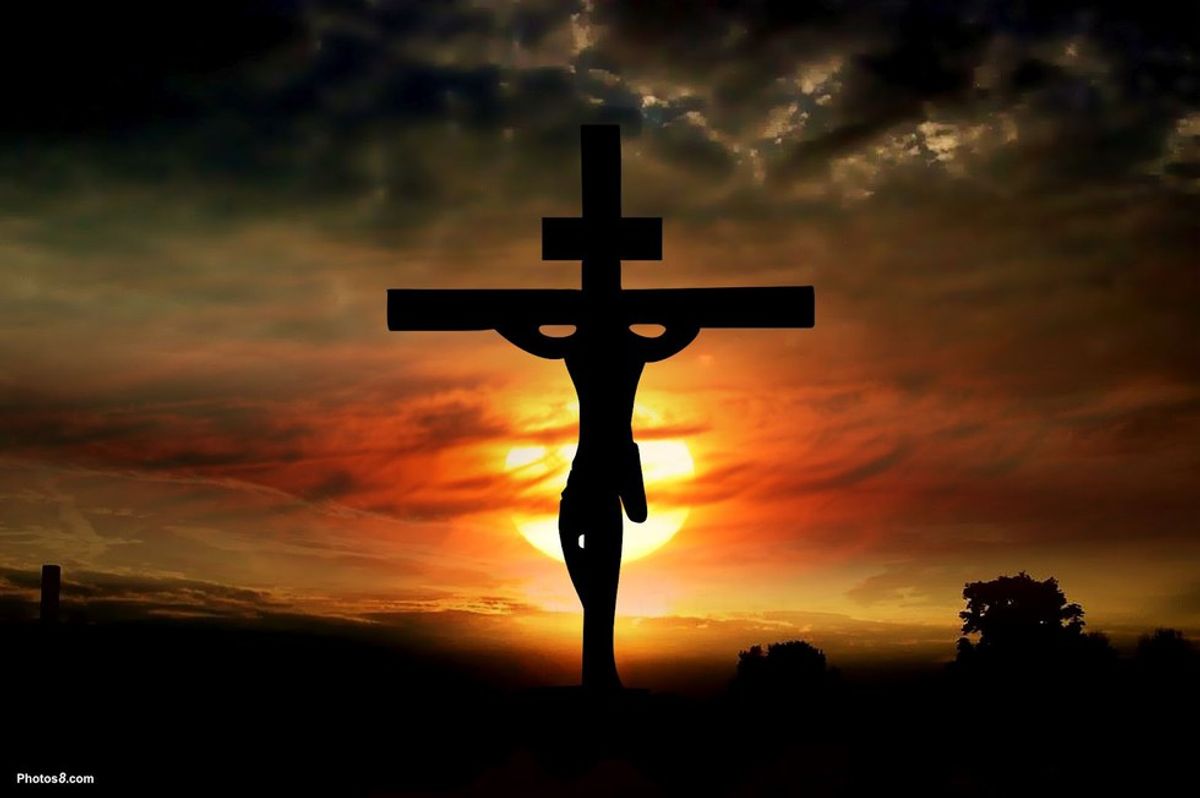 The Catholic church has claimed for thousands of years that they were an infallible force for good, but has every action they've ever done truly been in the name of good? Are they truly infallible? More and more people nowadays are saying no.

The Catholic church has, for a long time, been a symbol of purity and love for all. It has, in its essence, been a symbol for good, but is that the truth of what they have been? Or has it all been a front, a cover-up, a lie? Of course in every evil corporation, there are “good eggs” people who are trying to do things the right way for the good of everyone, but that doesn't change the evil of the organization.

A growing number of non-religious human beings in America is the key to bringing our country to a fully secular society that has the best intentions in mind for everyone as a whole, which is what the basis of this country is, freedom for all.

Throughout history, the Catholic church(or even Christianity as a whole) has committed many evil acts in the name of “God” and as acts of “good”, but it must be asked what is so good about killing people for believing in different things than you? How is it better for people to get AIDs than to use a form of contraception during sex, such as condoms? How can you blame all those covered up rapes of little boys from their priests on the allowance of gays in the church? Who are you to tell the LGBTQA community that they are less human than you and do not deserve to marry the ones they love just because they are different than you? And finally, on the off chance that all of you Catholics are right and there is a God, what kind of psychotic lunatic is he? With all the evils in the world what kind of maniac would actually create the world where these things exist?

The Crusades were years of religious fighting over the land of Jerusalem, the Christians wanted the land because that was where Jesus had lived and died, while the Muslims wanted it because that had been where their founder Muhammad had lived. So basically this was a mindless slaughtering of people who didn't believe in the same things as one another, while the Catholic church just sat there making huge financial gains off the war. Yes, this was long ago in the history of the religion, but many arguments, fights, wars, and murders happen in the name of God and religion, no matter what religion it may be it still happens; Christians, Catholics, Muslims, Jews. They all commit evil acts of violence in the name of their religion and that apparently makes it okay.

The Catholic church's stance on contraception has limited the availability of condoms and other forms of birth control/ STD protection for many, thus creating many unwanted births and harmful STDs. For years the Catholic church looked down on the use of condoms because it interferes with the creation of life. While this is true, it is not an evil action worth of condemnation. Spreading AIDs is much more deadly than stopping the birth of a child that was not wanted anyways. Though yes, abstinence is the best form of contraception, not every person is going to follow that. It is very common that people will have sex before marriage and if that’s going to happen anyways then it might as well be protected and condoms are the best form of protection after abstinence. The positive thing here is that since 2010 the Catholic church has finally lifted their moral ban on condoms, though they still believe abstinence should be the main form of contraception, there is not total condemnation for people who use condoms.

Homosexuality, quite a problem in the religious community, and as far as Catholics are concerned gay people are the spawn of satan and do not deserve love and happiness. In recent years, gay marriage has become quite the topic in the United States and in the last twenty years the percentage of Americans who have become pro-gay marriage has increased 33 percent from 27 percent in 1996 to about 60 percent now in 2015. The Catholic church has long since denied gays from being in the church. They wouldn't allow gays to be pastors or priests, and as soon as people discovered all the covered up child molestation by priests the church blamed the molestations on the allowance of gays in the church! The Catholic church doesn't believe that gay people should be allowed to marry as the Bible describes marriage as, “marriage is a faithful, exclusive and lifelong union between one man and one woman, joined as husband and wife in an intimate partnership of life and love” and the fact that this says “man and woman” makes Catholics believe that a man and a man, or a woman and a woman, shouldn't be allowed to marry because they won't be able to procreate.

Admittedly, the Catholic church has done a lot of good in the world, through charity and other things, and not every Catholic is an evil person who wants everyone to follow their own beliefs.Every Catholic is not being condemned as an evil being full of hate and hypocrisy, as many Catholics are great people just as is with all groups. There are many examples of Catholics doing good deeds for other people and helping people who need help, along with this there are many good teachings of the Bible and as a story, it holds very good morals generally. Although one thing has created the negatives previously described within the Church and that is the idea that they are infallible; the Catholic church believes that everything in the Bible and every “word of God” is law. They believe that since it is in the Bible that is must be good but that simply is not true. Times change, the world evolves, and things can go out of date, even some teachings from the Bible have gone out of date.

It could be proposed that the Catholic church should catch up on the times of today, change some rules, and let people advance. Even the Supreme court has amended the American Constitution to allow updated laws that constitute today’s times, such as the right of protection against unlawful search and seizure. The Supreme Court has passed laws saying that it is unconstitutional for a police officer to search a person’s phone without a warrant, something that was not written into our original Constitution which is still known as “the supreme law of the land” but we were able to amend it to fit the technology and actions of people in this day and age. The problem with religions such as the Catholic church is that they preach freedom, equality, and peace, but they are unable to act on those preachings. Religions have always created tension because people tend to believe that their religion is better, that their religion is infallible, but this is the wrong way to look at it. The teachings of every religion should simply be metaphorical as if they were from any other mythical fairy tale. The less a person lets a religion consume their life, the less we will hate over religion, which realistically is not even a good representation of a perfect world anyways. With the idea that God created everything in Catholic belief then you must ask yourself, what is wrong in this beings head? As Stephen Fry once said, “There are insects that their entire life cycle is to crawl into the eyes of children and burrow their way out through the eye, thus blinding the child. Why? Could he not have made a world in where that did not exist?”