The Best Place To Hide During The Solar Eclipse Of 2017
Odyssey
CurrentlySwoonLifestyleHealth & WellnessStudent LifeContent InspirationEntertainmentPolitics and ActivismSportsAdulting
About usAdvertiseTermsPrivacyDMCAContact us
® 2023 ODYSSEY
Welcome back
Sign in to comment to your favorite stories, participate in your community and interact with your friends
or
LOG IN WITH FACEBOOK
No account? Create one
Start writing a post
Lifestyle

The Best Place To Hide During The Solar Eclipse Of 2017

Kosmikophobia is real. Chicken Little was right. The sky is falling. 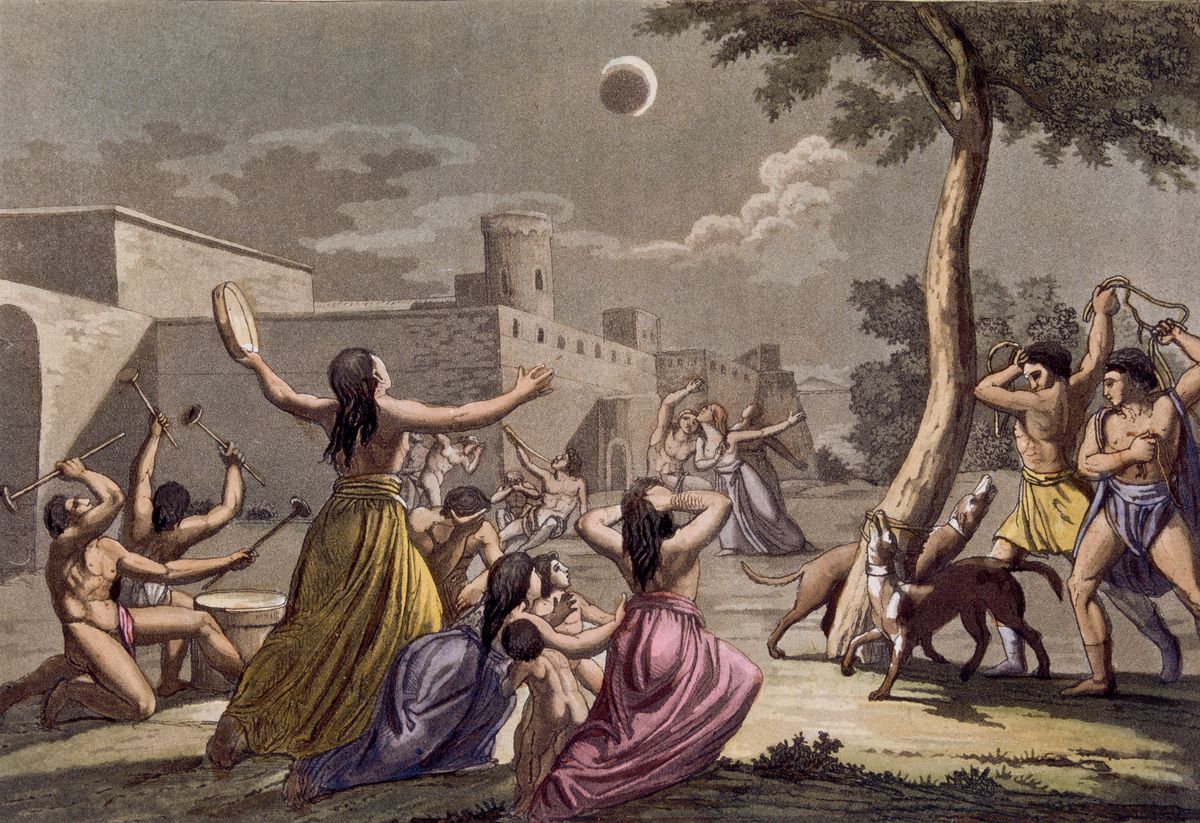 With all the political unrest, bizarre world events, climate upheaval, and more, the idea of a solar eclipse in August is more than enough to send me into a whirlwind of fear. Before you dismiss my distress over the upcoming comic phenomenon, hear me out. I have personal as well as historical data to validate my reasoning.

Let me begin with being raised by my neurotic grandmother. I don’t have time to go into all of her peculiarity, but I will tell you about her religious views regarding the end of the world. She was a firm believer in the apocalyptic visions from the Bible. She was a harbinger of signs that would mark the final days of our human existence. She often explained that the moon would turn red and trumpets would sound when the cataclysmic end was near. I had a traumatic childhood, so hearing these things would heighten my anxiety and fear. I still get a bit nervous if I hear a loud train horn during a full moon.

Even as an adult, I still carry suppressed fears of eclipses, comets, asteroids and other cosmic events. I try not read anything that involves meteor showers or humans sending laser signals to the moon (the laser signals may cause the gravitational pull to get off kilter and send the moon spinning off into the earth). Kosmikophobia is the name for this type of what some consider irrational fear.

In case you think I am alone in this phobic state, I have more evidence that will prove differently. A pastor by the name of John Hagee wrote a book “Four Blood Moons” which, in March of 2014, was the country's ninth best-selling paperback. It seems there were four blood moons (lunar eclipses) in six-month intervals. The book claims that this is an omen marking the end of the world. They use this Bible verse to prove their point. Acts 2:20: “The sun will be turned to darkness and the moon to blood before the coming of the great and glorious day of the Lord.” OK, so the last one of these events took place on September 28, 2015 and we are still here on the planet. Just keep in mind that they didn’t give a specific date for the end.

There are people around the world who believe that a solar eclipse is a bad omen. Some say pregnant women should stay inside during a solar eclipse. Others believe food cooked during a solar eclipse might become poisonous. Erratic behavior is believed to increase during eclipses. Some blame health issues on solar eclipses. On the other hand, those who follow astrology might claim good fortune or romantic interests are heightened during these times. I don’t think I want to risk a romantic involvement either. I don’t have great success in that area. One fact I discovered is that birds stop singing during an eclipse. How anything good come from birds not singing? It has been reported that power outages might occur, but they think it will be limited to Europe-maybe.

My closest friends know about my unique fears. Of course, now anyone who reads my post will know as well. I hope you don’t think differently about me after learning of my kosmikophobia. NASA has assured us that we are safe and have no need to worry. We should all just grab the glasses (mandatory for viewing so you don’t damage your eyes) and enjoy the spectacle.

I would prefer to stay indoors and pretend it is a very dark, overcast day on August 21, 2017 (the day after my birthday) during the solar eclipse. I would close the blinds, shut the curtains, grab salty and sweet snacks and binge on Netflix movies. I won’t be able to do that because I will be on campus this year. It is the day of the new student convocation and other events. Solar glasses will be distributed free those on campus, but I think I will find a secluded place in the library and drink Starbucks tea. Starbucks is the closest cosmic event I plan to view. As long as the power doesn't go out, that is.