Even one month later, this wasn't just a normal day in the Middle East. 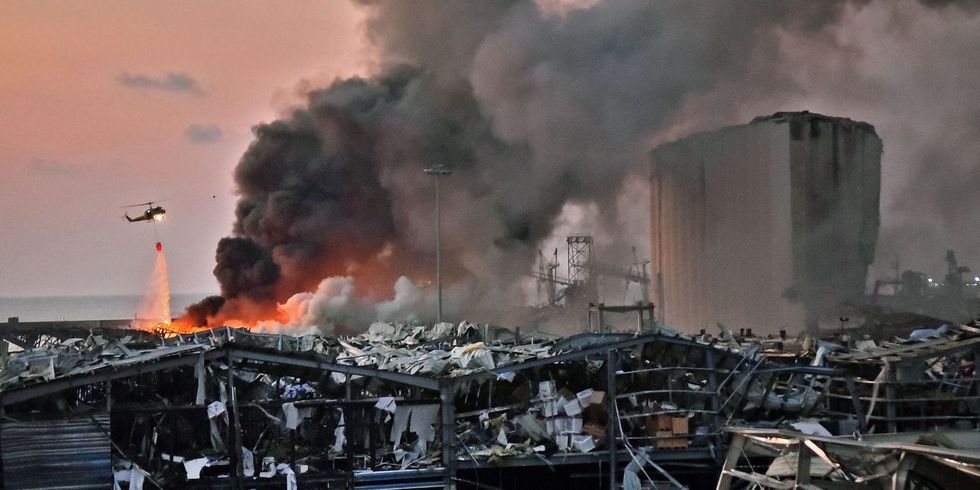 On August 4th, 2020, around 6:00 pm, 2,750 tons of ammonium nitrate exploded in the Beirut port. Hundreds of people were either killed, or found dead days later. Thousands were injured, and hospitals, which had also sustained substantial damage, were overflowing with victims in critical condition. Hundreds of thousands were left homeless, their homes and belongings destroyed, their businesses severely damaged, and their belongings and livelihoods strewn across the streets of the once beautiful Beirut.

The origins of the explosion are widely debated, but one thing is certain. The Lebanese government turned its back on its own people. The explosives had been confiscated and stored at the port for years, which is a crucial location for Lebanon's imports and exports. Government officials conveniently ignored the experts who had repeatedly warned that the ammonium nitrate was bound to explode at any moment.

When it finally did happen, the Lebanese government rejected foreign aid when countries like France and the Netherlands committed to donating to non-governmental organizations out of mistrust of the current institution. This arrogant action cost the lives of first-responders and firefighters who had arrived early to the scene of the initial fire. Search teams quit their search early on the night of the explosion at the command of the Lebanese government, leaving young heroes to die beneath the rubble, most of them praying and believing they would be saved.

As a first-generation Lebanese-American, I felt the glass-shattering impact of the explosion all the way in my Georgia home, but it was a different kind of pain. Watching videos of the damage done to familiar streets, seeing my parents distraught faces as they watched their childhood home in utter ruin, and hearing about the destruction done to my relative's homes where I had spent many summers as a child resulted in a different kind of pain. I'll never forget the look in my father's eyes when we watched the video of his old school's obliterated hallways.

The best way I can describe seeing these horrific images is complete and utter helplessness. Every part of me wanted to join in and help clean up the streets, hug my grandparents tight, and help my aunts and uncles repair their childhood home. But the only thing I could do was call, watch, and wait.

Admittedly, it has been challenging for me to sit down and even write this article. I want to do my country justice by saying the right words that will truly express the grief, pain, and heartbreak I feel. However, no English words, phrases, or sayings will ever capture how this event has changed Lebanon. The longer I wait, the more guilty I feel for not being able to do more, a common experience shared by children of immigrants.

My only solace was the outpour of support from friends and on social media. The response to the explosion on Western shores far surpassed all my expectations. People were eager to help, eager to post, share, and donate to help people in a country they might not have even known much about. However, like many movements that have gained traction on social media in 2020, it quickly fizzled away.

Explosions in Beirut, bombing in Gaza, famine in Yemen, and tragedy in the Middle East is not normal, nor is it a trend. Anyone with family abroad knows that no matter how many times tragedy strikes, it doesn't hurt or devastate our lives any less.

Before the explosion, Lebanon was already dealing with months of protests against a corrupt government, a severe financial crisis leaving thousands hungry and out of work, and the Coronavirus. The country was barely equipped to handle another beating as brutal as this one. However, one thing that I take pride in is the tenacity, strength, and sheer willpower of the Lebanese people. No other group of people can take to the streets as fast as they did to help their fellow neighbors.

Nothing can break down the Lebanese people. Beirut has fallen seven times, and it has been rebuilt stronger and better each and every time.