Everyone eventually reads a piece of literature that stays with them forever. 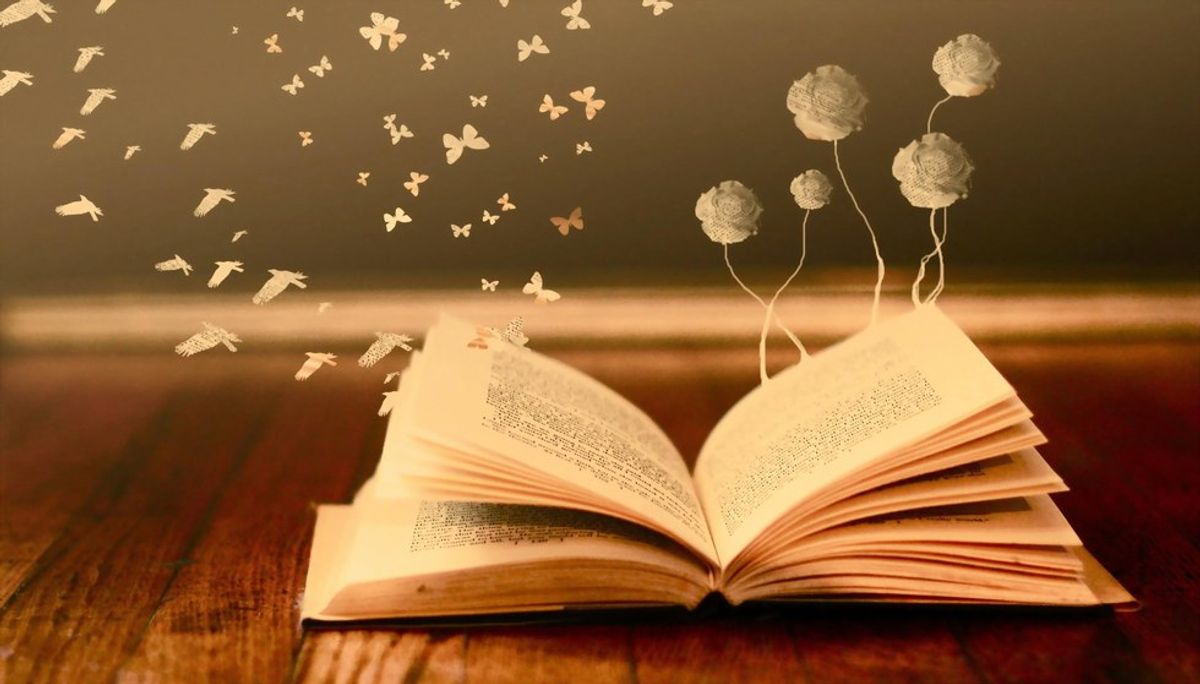 In high school, everyone is required to read a few novels, poems, or plays in their English classes every year, but in college some people never have to pick up a novel unless they want to. As I embark on my fourth year of college, I've searched through the many books I've had to purchase in the past for my different classes, and I can't help but think these are books that need to be read by everyone. They aren't just the classics students have to read in high school, but many are contemporary stories and poems, and are so spectacular that they need to be read. So here are the best pieces of literature I've read so far in my college career.

When first reading this, I actually skimmed the first chapter because I forgot to read it, knowing there was going to be a short quiz on it. However, after taking the class and as my classmates continued to talk about it, I actually continued reading. This is a novel about Olive, ranging from her life in her early 30's all the way to her 70's. Olive can be mean, sharp-tongued, and emotional, but she provides a sense of relatability everyone has most likely felt, and any college-aged student reading this will sit back after finishing it, and may or may not make you question everything you've done in your life and what you'll continue to do. Meet Olive, and let this book change your life.

This collection of short stories delves into family troubles, drug abuse, and a combination of everything dark in the world (more like in the Midwest), and lets the reader ask themselves different questions with each story. How privileged am I? Could I ever get like that? When did I realize the world kind of sucked?

3. The Handmaid's Tale by Margaret Atwood

This novel has been critically acclaimed but for some reason doesn't get taught in classrooms as much as it should. This novel is set in a dystopian future where women are servants, trophy wives, or child bearers and a religious hierarchy takes over the country. The most thrilling part of this novel is that Atwood claims that everything that happens in the novel has happened in real life before, making you question how fictional the story is.

4. Pluto Shits on the Universe by Fatimah Asghar

This is a poem that really focuses on the voice of the narrator, and in this case Pluto the planet is the narrator. The title alone should give an idea of what the voice conotates. Here is a link to the poem: https://www.poetryfoundation.org/poetrymagazine/po...

This is a really quick, nonfiction read with a lot of pictures so even a STEM major could appreciate it. It has a lot of lessons in it that can apply to anyone and any field of study.

6. Bastard Out of Carolina by Dorothy Allison

If you like novels that are really hard to read, then this should be at the top of your list. This novel is about a little girl in the south who comes from a broken home and goes through some seriously traumatic events. Why should you read such a harrowing story? Because although this story is fictional, many people relate to it, even if you don't.

This is a short story that will make you try to piece it together and understand its meaning for quite a while before settling on the most relatable thing to you. Are the girls actually wolves? Is this symbolic for something? Where did she come up with a story like this?

This is a short story that's inspired by the real life love story of Abelard and Heloise, two celibate religious figures who had a taboo love affair. This story stuck with me for a long time, whether it be the beautiful descriptions or simply the plot and characters, but there's a reason why it was in Best American Short Stories in 2007.

Adrienne Rich is famous for being a writer, a poet, and an active feminist, and her Twenty-One Love Poems is one of her most famous pieces of literature as she tells the love she has for her partner, ones that can be related to many other people's partners as well. So if you want to be deep and loving, try reading these poems.

10. Getting Mother's Body by Suzan-Lori Parks

If you liked As I Lay Dying, then this novel should be right up your alley. Written in the same style, it's set in the 1960's circling around a young woman of color with a crew following behind her as she goes to her mother's grave, taking both a literal and metaphorical journey.

Have an awesome piece of literature you read in college? Share in the comments below!