A Thank You Letter To "Scandal"
Odyssey

A Thank You Letter To "Scandal"

I cannot bear to say goodbye, but I need to express my gratitude to Shonda and the cast. 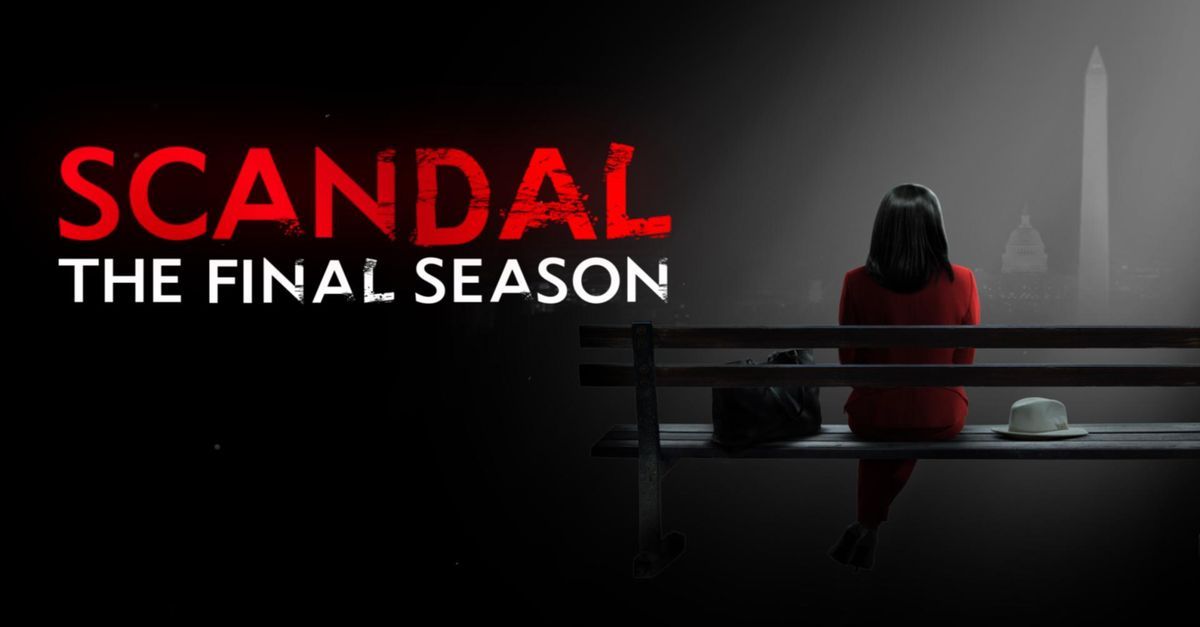 Dear "Scandal" (aka Shonda Rhimes and the cast),

"Scandal" has been a part of my life for the last several years, and now saying goodbye to a show that has literally helped to change my life is a hard thing to do, but I find it appropriate to write a goodbye letter that can properly show all of my gratitude to an amazing, invigorating, and teaching piece of history, because "Scandal" is much more than a television show. It has changed the way people think; it has helped shape America.

I first started watching "Scandal" after its second season had finished. I was watching BET one Saturday morning with my mom, something that was not very uncommon while I was in high school. What was uncommon was that following a movie, they were having a marathon of "Scandal" episodes from start to finish. I had seen previews for the show the previous year and I had wanted to watch it, but I knew it probably would not go over great with my mom. Nevertheless, that Saturday, I started watching it while my mom was at the store. I am pretty sure I finished it that weekend. I strategically made sure we watched BET again the following weekend so that my mom would start watching the marathon of the show with me. That is how my mom and I became obsessed with "Scandal." But you see, I needed my mom to watch it because I knew there was something special about the show.

Obviously, "Scandal" is special because of what it did to network television, all television for that matter, in opening up new opportunities and new roles for women of color. At the time of its start, I could not even wrap my head around the lack of leading roles on network channels for women of color. Now it is not all that surprising after learning about the true realities of this country, but nonetheless, "Scandal" helped open up doors for so many other people. I am incredibly thankful to Shonda for that because I watch many of these shows, but more importantly, I am glad that someone finally opened the door. I cannot imagine what it must be like as a child to grow up and not see someone that looks like you on your TV screen. Shonda, with "Scandal," made the dream more reachable for many children.

Besides that, "Scandal" was special to me in its own way. It made me fall in love with politics in a way that I did not know was possible. I had always liked politics, but "Scandal" made me crave being a part of the process. I decided to volunteer for the Barbara Buono campaign in 2013. I learned a lot from my experience. I learned that people are really mean, in a way I had not experienced before. I came to the conclusion that at that current time, I did not want to be that close to the political process. I had one truly great benefit of the campaign though, seeing Kerry Washington speak at Montclair State University. It was an amazing opportunity, and it made me really think about the rest of my journey. I had already decided that I wanted to be a lawyer, but "Scandal" pushed me away from being a lawyer in politics directly. I learned that I have a love-hate relationship with the political world, as most do, but I realized I could affect change in politics through my love of social justice. Kerry Washington taught me that.

Olivia Pope taught me about justice. Through week after week and year after year, I learned how complicated and hard justice can be sometimes. She made me prepared for the world ahead as I went off to college. Olivia Pope has shown me how to wear the white hat, but also what it looks like when it comes off. In the final episode of "Scandal," Olivia Pope taught me that the truth is always the way to live by. David Rosen taught me to always stand up against the bad guys, even in the face of death. Rowan taught be that it is possible to use dog whistle politics against the majority of white political figures in the government. In the final scene of "Scandal," I would like to think that Olivia Pope taught me that anything is possible and that there is still so much hope for the future. Because even though it was just a show, it changed and shaped our life, and it even mirrored our life at certain intervals. So, maybe our life will someday mirror this life changing show.

With the greatest gratitude,

P.S. There is no actual explanation of the final scene; I am just using my own interpretation, because that is what I hope for.