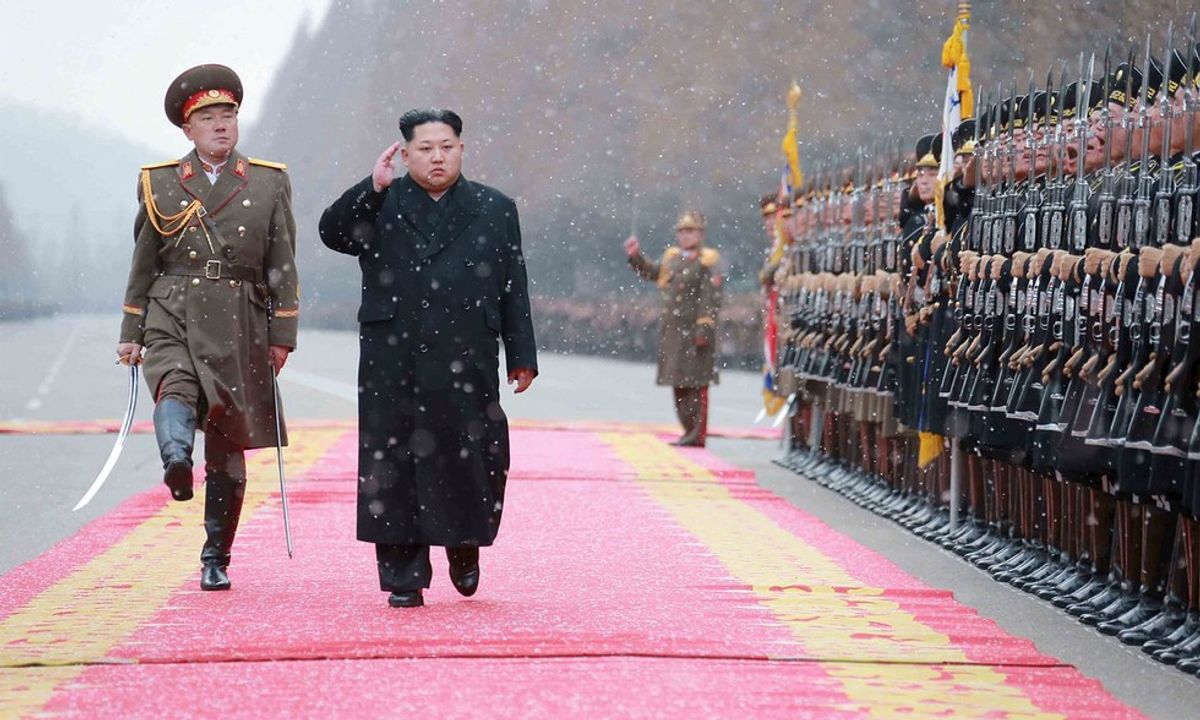 In January, North Korea conducted a nuclear detonation at the Punggye-ri Nuclear Test Site, and promptly received warnings from both the South Korean and United States governments. Just over a week ago, they successfully launched the Kwangmyongsong-4 satellite, bringing them one step closer to developing an inter-continental ballistic missile (ICBM). These events led to two things.

1. South Korea and the United States collaborating to increase sanctions on North Korea.


The two governments have agreed to meet as early as this week on deploying a sophisticated U.S. defense missile system in South Korea, known as Terminal High-Altitude Area Defense (THAAD). Discussions to deploy THAAD in South Korea aren't new, but the North's most recent launch, which was considered a test of banned ballistic missile technology, made the necessity of THAAD much more relevant and urgent.

In addition, Congress decided to impose more sanctions on North Korea, and secondary sanctions on those who do business with them (namely China). They voted almost unanimously, and the bill was sent to President Obama. The sanctions would apply to anyone who "engages in, facilitates or contributes to North Korea's proliferation of weapons of mass destruction [and] arms-related materials." Violation of these terms could lead to seizure of assets, visa bans, and denial of government contracts.


Kaesong is an industrial zone in North Korea that is jointly operated by both nations, and has over a hundred factories providing jobs for tens of thousands of North and South Koreans. South Korea cut off power transmissions and water supplies to the area because they believed North Korea was conducting missile testing in the facilities. Shortly after, North Korea deported all South Korean workers in Kaesong. The North also ordered a complete military takeover of the park.

Later that day, a member from North Korea's Committee for the Peaceful Reunification of Korea stated that South Korea's actions were a "declaration of an end to the last lifeline of North-South relations." While this kind of language is common in North Korean propaganda about the South, North Korea's extreme actions surrounding Kaesong and developing military capabilities make the threat much more substantiated.

It's important to note that Kaesong is more than just a factory park; it is a symbol of cooperation that has lasted for well over a decade. Despite the conflicts that would occur along the border of the two countries, Kaesong was seen almost as above it all, since so many people, from North and South Korea, made their livelihoods there.


North Korea already has missiles that are a very real threat to South Korea and Japan, and are well on their way to developing one that could hit the United States. It is crucial that in the weeks, months, and years to come, the United States, South Korea, and North Korea's allies (like China and Russia) work together to prevent North Korea from doing something drastic.

Caitlin Marie Grimes
University of South Florida
10814
Beyond The States