Ten Things You Know When You've Found Your College Posse
Odyssey
CurrentlySwoonLifestyleHealth & WellnessStudent LifeContent InspirationEntertainmentPolitics and ActivismSportsAdulting
About usAdvertiseTermsPrivacyDMCAContact us
® 2023 ODYSSEY
Welcome back
Sign in to comment to your favorite stories, participate in your community and interact with your friends
or
LOG IN WITH FACEBOOK
No account? Create one
Start writing a post
Relationships

Ten Things You Know When You've Found Your College Posse

Because there are some friends that you know you'll have for life. 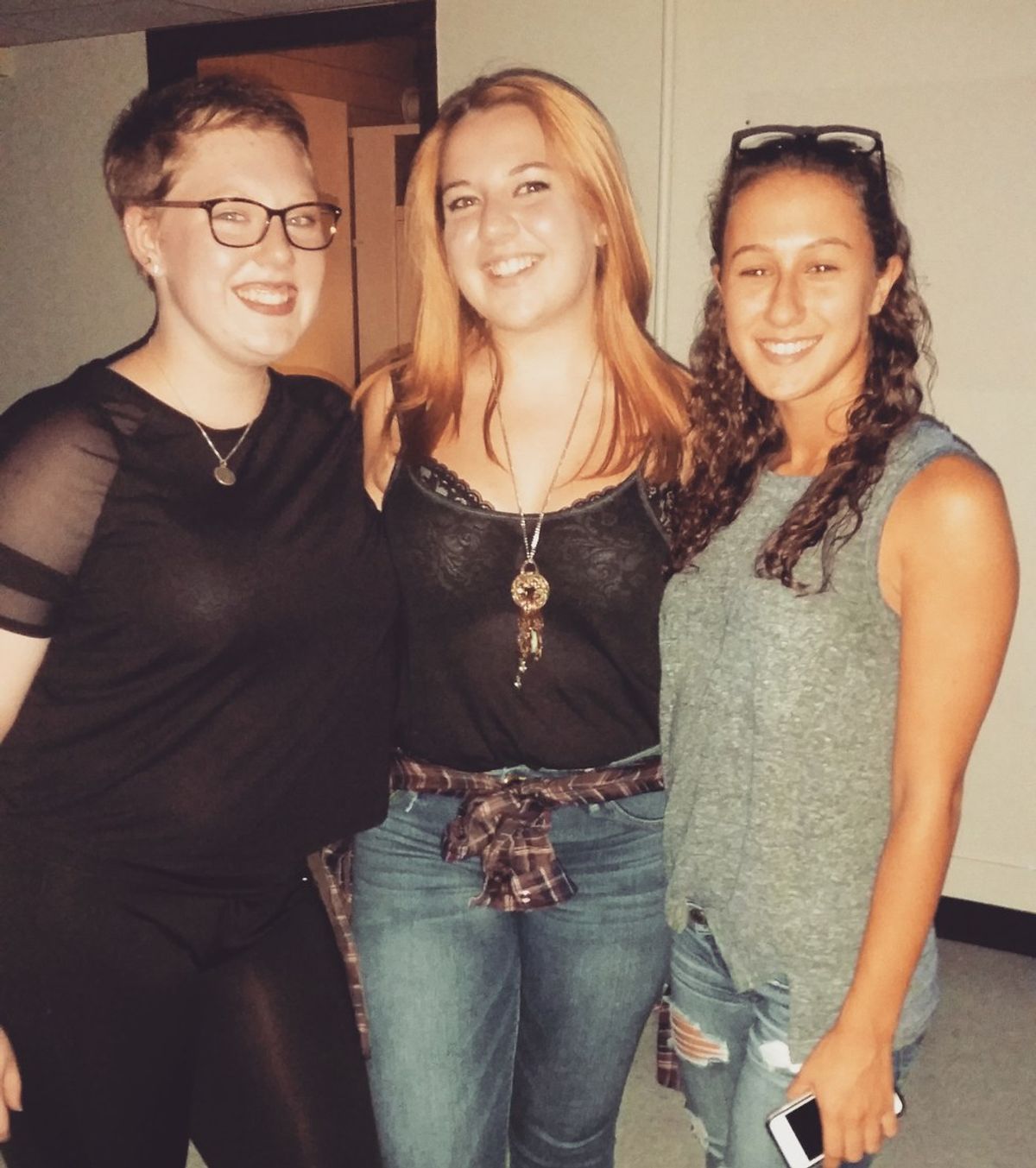 1. You will spend literally every weekend together.

Whether it be Walmart runs, mall trips, or just generally hanging out, you're always together. Even if you're just having a lazy day, they won't let you be lazy alone. You know that they're true friends when you can sit in near silence for long periods of time without it getting strained or awkward.

2. You eat at least six meals a week together.

At minimum. Since finding your pals, you rarely eat alone. Even if it's just something quick or literally going through the drive through at Taco Bell, you've always got at least one friend by your side. In my personal case, my friends and I pick one night a week where one of us cooks a real meal for the rest. We call it our "family" dinner night. Honestly, it's my favorite part of every week.

3. You have each other's class schedules memorized and therefore know the best time to get in touch with each other.

While during class, your phone (which you definitely don't have hidden under your desk during a lecture) probably stays relatively quiet. And the moment you pack up your things, your phone starts buzzing and beeping like there's no tomorrow, filling you in on the latest gossip, lunch plans, and Harambe memes.

4. Every weekend you have at least one movie night.

Whether it be an old Disney classic, a heartfelt romantic comedy, or an amazingly cheesy horror flick, you guys have got the popcorn flowing. In most cases, you may not even be really watching. More that you're making your own commentary and singing along to all the musical numbers. It's also the most fun thing you'll do all week.

5. You borrow each other's clothes as if you were siblings.

Chances are, you have the same body type as a few of your besties and therefore you practically share a closet. Any night before going out involves the raiding of each other's clothes that can put any movie fashion montage to shame.

6. You can't seem to stop laughing whenever you're together.

You probably already know this, but your group just "gets" you. This means that you have a very similar sense of humor. Even though you've probably told and heard all the stories and jokes more times than you can count, you find yourself laughing just as hard as the first time.

7. You're binging several TV shows together.

"Game of Thrones," specifically, is an integral part of your friendship.

8. You have as much fun having a game night as you do at a party.

You don't need anything flashy or super exciting to have a good time together. Whether you're out on the town or just chilling in your apartment, there's always hilarity and adventure.

9. They know exactly when to say when you're having a crisis and vice versa.

It could be something as trivial as whether or not you should respond to a text from an ex flame or something more serious like struggles on the home front. Whatever it is, they'll help talk you through whatever has got you down or stressed out.

10. You have each other's back no matter what.

This one goes without saying, but you've got some pretty awesome pals and they won't steer you wrong. They love you just as much as you love them and it shows. These are the people that make college the best it can be. Come hell or high water, you've got friends for life.