The Ten Foods I Miss Most from Home
Odyssey

The Ten Foods I Miss Most from Home

A Guide to the Best Things Western New York 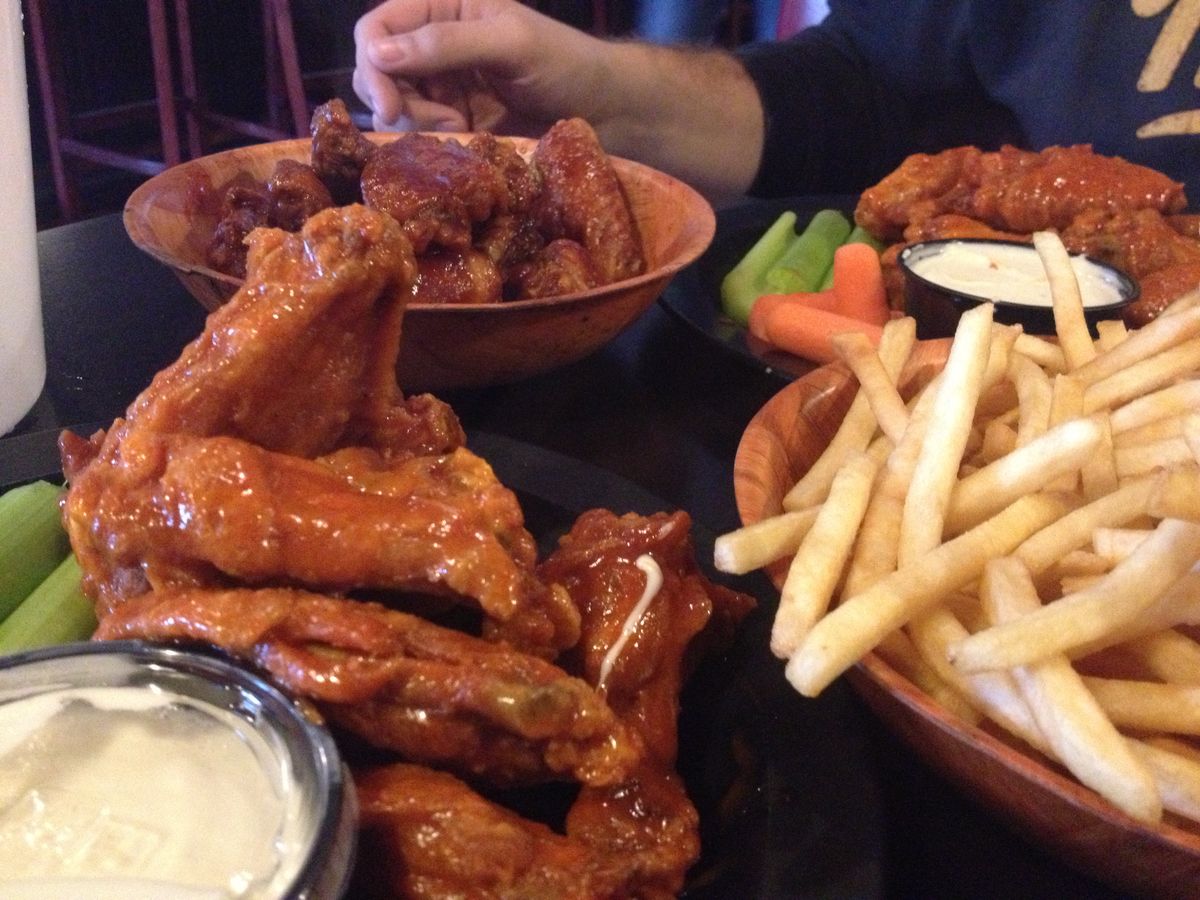 I really love trying new foods. It's one of my favorite parts of traveling and I really like hearing about the reasons a certain dish came to be, or why it's important to a culture. That being said, I will always love and look forward to the foods I grew up on in Western New York. I didn't realize how much of the foods I took for granted were regional and just how much I would miss them when I left. I decided that I would make a small list of the foods I miss most when I'm away from home.

Okay, I understand that chicken wings exist outside of Western New York. The problem is they are not at all representative of the real chicken wing. A good wing is crispy, juicy and makes the perfect companion for pizza. Wings here are generally found in just about any restaurant and if there aren't wings, there is wing sauce used in some other food. I went to a tapas bar that had wings once. That's Western New York for you .

Okay, so out of towners think they can appease someone's craving for beef on weck by putting luncheon meat on a kummelweck roll, but while it's a kind attempt, it just isn't it. Let me explain. The meat is important too because you have to prepare it a certain way. It has to be slow roasted and sliced quite thin. Then, if you would prefer, you add horseradish. It doesn't taste like a roast beef sandwich if you have a real one, the problem is there are so many inaccurate tries out there, kind of like the chicken wing, that make it so longed for once you leave.

Technically rye bread dip exists outside of Western New York, however, I have yet to meet a friend who grew up outside of the area who actually has ever had it. I grew up where most parties had rye bread dip, which is basically a hollowed out loaf of rye bread with a rye dip in the middle and then you dip the bread pieces you hollowed out into the dip. If you want, the dip can have beef chips in it or not. It is addictive and so so so so good, and I miss it quite often.

This sweet snack is ridiculously good. Essentially chocolate with a honeycomb type filling, it is rich, airy, and such a great way to treat yourself. It is best found in local chocolate shops in the Western New York area and it definitely is worth a try if you are visiting the area.

Okay, again, technically exists outside of Western New York, but barely anyone I talk to from out of town has had it. This is literally the best dip I can imagine when it comes to any party. How can you celebrate such important events as the Super Bowl, your birthday or Friday night without chicken wing dip? It is literally just shredded chicken, buffalo sauce, bleu cheese, cream cheese, and some sort of shredded cheese on top. You dip tortilla chips in it and it is SO GOOD. I am the most gluttonous chicken wing dip consumer and I feel zero regrets for it.

Welcome to the land of Dyngus Day and welcome to the land of kielbasa, sauerkraut and pieorgies. Have you ever had homemade potato pieorgies from Broadway market? If not, you need this. Buffalo has an incredibly large Polish population and with that comes some Polish food that is to die for. I always let those who have not had Polish cuisine to start with Kielbasa and sauerkraut, which is essentially the Polish style of sausage and shredded cabbage that is seasoned in a crock. After that you can move your way up to golumpkis or prune filled pieorgies. Also, for dessert, if you come around Easter time, you can have a Pascki, or a Polish styled doughnut that is made for Fat Tuesday. Yeah, it's a thing and it's lovely.

I will say, good pizza exists outside of Western New York, but every Western New Yorker really prefers their style of pizza. It's a crust of medium thickness, lots of cheese and pepperoni. Every Western New York town has five more pizza shops than needed and every Western New York kid grew up where Friday night was pizza and wings on a paper plate with a 2 liter of Pepsi and bleu cheese on the side. Also add some fried dough after for good measure and because something about pizza begs for a thick, heavy, artery clogging desert.

Imagine this. It's summer in Western New York. It's humid, sunny, and you know that in two months it will be endless snow and pricey heating bills. You peruse the newspaper to see four different local Catholic churches have chicken barbecues that weekend. You realize you don't have to grill a Sahlen's hot dog for the fourth weekend in a row. You are now happy. Chicken barbecues with the local Chiavetta's sauce are a Western New York staple. The classic Western New York barbecue consists of barbecued chicken in Chiavetta's sauce, salt potatoes, macaroni salad, and a roll. It's so good and every portion is three times too big, another Western New York tradition.

Every Western New York drink list is very unique to the area. It usually consists of a long listing of every Canadian beer known to man, some Pepsi products and the local staple of Loganberry. Loganberry is a sort of fruit juice that is made of a blackberry/raspberry hybrid and it is really really good. It's sweet and just a touch tart and it is fantastic after a long day of soaking in any temperature above 50 degrees.

So, you've all had french onion dip. However, you have not had local Bison French Onion Dip. Every crinkled chip goes great in Bison French Onion Dip and every Sunday afternoon lunch isn't complete without it. You can walk into any casual get together and find the Bison's dip and no plain chip, pretzel, or other dippable food is complete without it.