They're the best so why aren't we treating them like it? 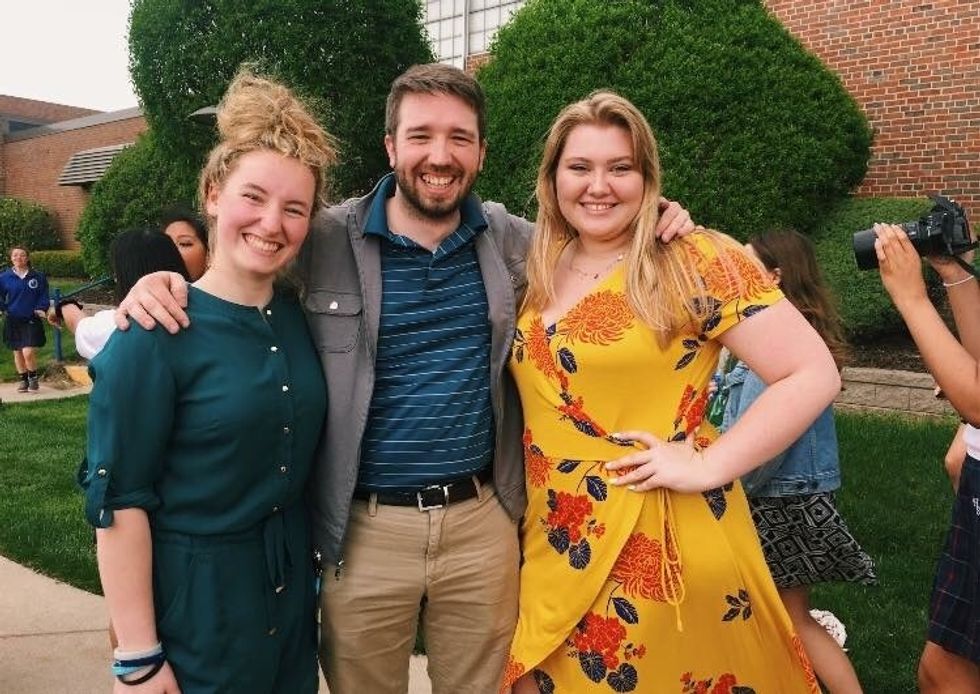 Ever since I was in middle school and moved past my dream of being a pop star, I've wanted to be a teacher. I'm not bossy, I just like being in charge and holding a room. I enjoy helping people and spending time with children, I love learning and helping others understand a concept, I have a somewhat good patience, and I have always thought I would make a great teacher. So, when it came time for me to pick a major at my university, the choice was easy.

However, my whole life I've had to endure the same question over and over again, "Are you sure you want to be a teacher?"

In the beginning, I was confused as to why people were questioning my passion. I was young and clueless to what was happening behind the scenes. However, as time went on and I started high school, I started to hear firsthand and understand why people were worried about my future profession. I went to a private high school, so the struggles of my teachers was worse than what other teachers in the surrounding schools were going through.

I knew that a teacher's salary wasn't much, but I had no idea how bad it really was. An average teacher's yearly salary in today's economy is about the same as a general manager at McDonald's. Teachers are buying their own supplies for their classrooms, money that they should be able to use for groceries and living their lives outside of school. Budget cuts are laying off teachers left and right, and this is a harsh reality of this profession.

During my four years of high school, over 16 teachers were either laid off or left my school to pursue a better paying job at another institution. They cut out an entire department worth of teachers, due to the fact that not as many people were interested in the subjects. When the next school year came around, they put that workload on teachers in other departments who were already had a full class schedule and had their own classes to handle.

Once you factor in staying after school for office hours and putting in their own time for extracurriculars and grading, most full-time teachers put in about 60 hours a week. Yet, these people are making about the same as someone managing a fast food restaurant. They are expected to adhere to the standards of their school at all times, even when it may not go along with their morals or principles. However, most teachers swallow their pride and follow the rules because the pay may be better. They're being paid to do their job, not to be comfortable.

During high school, I did not know one teacher who did not have a second job on top of their full-time teaching position. My theology teacher was also a real estate agent. My math teacher was a manager at a restaurant.

So here's the thing. I understand that students will be upset about grades and assignments, and will feel like the need to take it out on someone, but they take it out on the people who give them the work, and who want to see them succeed more than anything. So many students write off their own laziness and bad grades as the teachers being rude, but in reality, they push us to make us into better people and scholars. I'm definitely guilty of doing this too, but there is no excuse for it.

Teachers are not as appreciated in society as they should be. Period. These kind and generous people are teaching the next generation of our country, yet they are not treated like they are building the foundation for our future.

This is what scares me. I am going to school to try and be like some of the people who have affected my life in the best way possible, but I'm worried about whether or not I'll be able to survive on my own. I am scared that all of my hard work won't be worth it. This country doesn't deserve the teachers that are working here. These beautiful souls are changing children's lives left and right, and we are treating them as though they are inessential.

I believe that teachers should be paid almost as much as doctors. They have the power to influence a child's future, and in turn, are the ones educating those future doctors.

They helped me through some of the hardest times in my life when they were going through hell in their own lives, yet they didn't think twice about helping me. These people put their students first. They love what they do. So, why don't we show them some love and start treating teachers like the smart, wonderful people they are and, and stop making them feel like they won't be able to make it doing what they love.

From Your Site Articles
Related Articles Around the Web
education
Report this Content
This article has not been reviewed by Odyssey HQ and solely reflects the ideas and opinions of the creator.