Taylor Swift Bounced Back Harder Than Your Ex-Girlfriend
Odyssey

Taylor Swift Bounced Back Harder Than Your Ex-Girlfriend 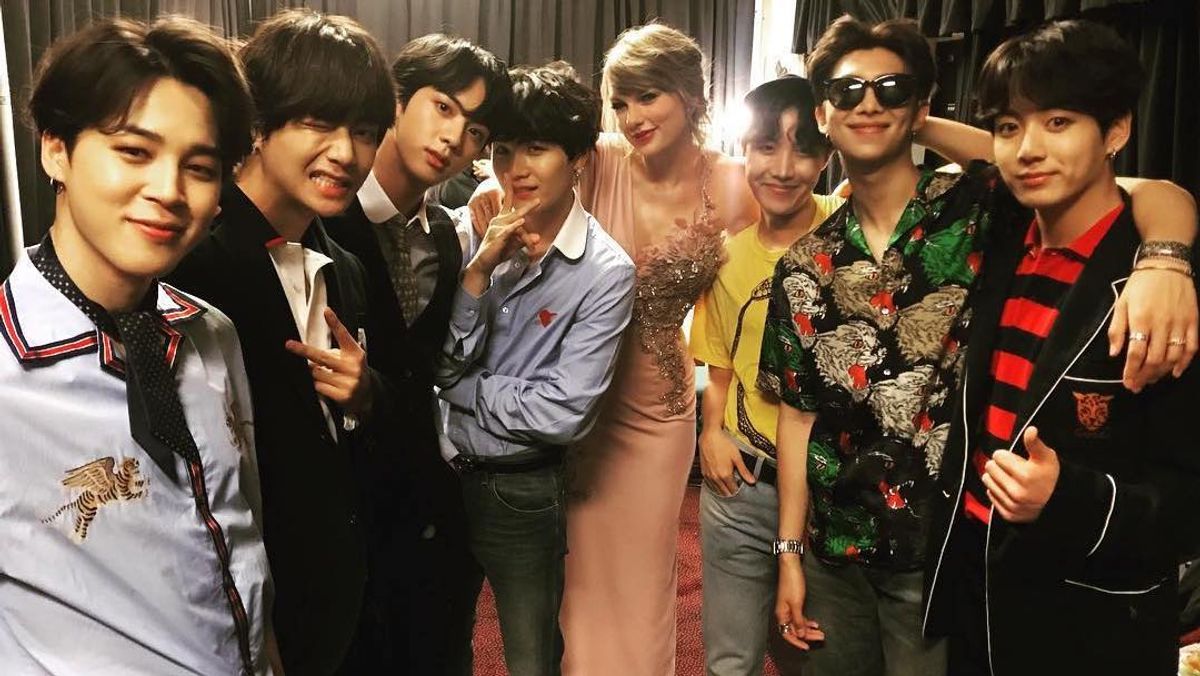 Taylor Swift, one of the most successful, talented and powerhouse superstars in the world. Someone who is no longer afraid to be herself, someone who isn’t afraid to put herself out there anymore, someone who finally, for the first time in three years, showed up to an award show last night looking so freakin’ gorgeous I wanted to cry.

This past weekend I visited my old hometown city of Los Angeles, California to go see Taylor Swift, Camilla Cabello and Charli XCX perform at the Rose Bowl Stadium in Pasadena.

Now, I’ve already been to every world tour/arena tour of Taylor’s (making this number five) but this was, by far, one of the best concerts I have ever been to in my entire life.

For those who don’t know much, Taylor fell off the grid for about a year until around October last year, a month before the release of her fifth studio album, reputation.

All her social media was deleted. She stopped following everyone on Instagram and she deleted all her posts.

This was the message she was trying to send to prepare for her new album. The popular phrase throughout this album, the press of the album and something that just caught on was ‘sorry, the old Taylor can’t come to the phone right now. Why? Oh, because she’s dead” relating to a new and improved Taylor.

Weeks before the release of her album, Taylor started posting snake videos on Instagram, Twitter and tumblr. Many many people thought her social media had been hacked, while others thought they knew what she was doing, but didn’t catch on until a little later.

After seeing the concert, I was so proud. So so proud of the woman that was in front of me.

The woman who once was told by everyone that she was a snake, a woman who was talked about as someone who dated everyone and someone who stole people’s boyfriends.

The woman I’ve looked up to for almost 10 years since she was 18.

The woman whose music I would listen to when I came home and cried because school was so hard for me.

The music I listened to when I got broken up with for the first time. The music I would listen to when I felt like I was all alone and no one understood what I was going through.

Taylor bounced back harder than ever before, and I can’t be happier for the woman she is now and the woman she became during her hiatus. I mean, hell, she wrote an entire album and didn’t tell anyone.

That’s bad ass status if you ask me.

People continue to hate on Taylor Swift, talk down about her music and even her looks, but one thing they can’t talk shit about is her success.

Taylor has been nominated for over 170 awards since she was signed to Big Machine Records, and has gotten over 140 of those awards.

Taylor sold out 1989 and the Red Tour in almost five minutes. Almost all of her albums have gone platinum.

She is one of the most googled artists in the world after Kim Kardashian.

The new and improved Taylor I love eighteen million times more than the Taylor who couldn’t be her authentic self. This tour is her best yet and I’m fricken here for it.