You Don't Like My Tattoos? Get Over It.
Odyssey

My response to the ink haters. 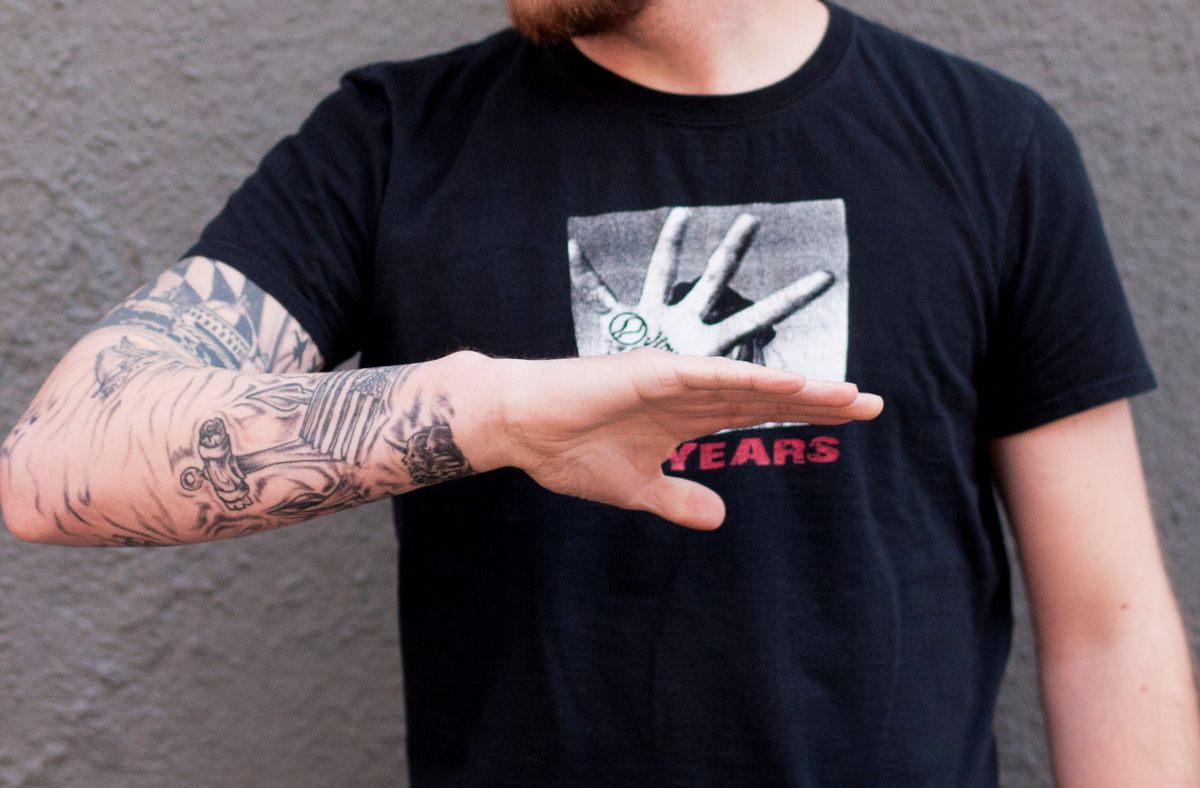 Your opinion on my tattoos does not matter to me.

Yup, no cool intro or a build up. Just straight to the point, now here is some repetition for you. Your. Opinion. On. My. Tattoos. Do. Not. Matter. To. Me.

It really does blow my mind on how opinionated some people are about tattoos that aren't on their body. Granted, I do get a lot of compliments on my tattoos. I guess it is because my sleeve is the Annapolis, Maryland skyline with an underwater scene with the blue crab, and a rockfish along with the Blue Angels, a blue heron, a coyote in the sky (that was my first tattoo I know it doesn't make sense with the Annapolis theme. Still pretty badass tattoo) and then finally my mom, dad and sister's zodiac sign in the sky. I even get compliments from the people who tell me that they aren't into tattoos.

However, every once in awhile I usually get questioned and eye rolls from the elderly people, soccer moms and every once in a blue moon, a religious nutjob.

I usually try to be very understanding with the elderly. I do not think tattoos were too popular when they were younger and most of the time they really aren't rude about my tattoos. They are just usually asking me about them which I have no problem explaining.

It is only sometimes where I get a Popeye the Sailor kind of character who mumbles and groans about them even though they are on MY arm and not his. I'm pretty sure you're thinking right now "David, didn't you just say that you try to be understanding with the elderly because tattoos weren't that popular during their youth?"

However, ONLY if they're not rude. Let me put it this way, if my own grandmother can look my arm and simply just say "Meh, it is just what the young people are doing" Then so can Popeye the Sailor.

The Soccer Moms are my favorite because they like to act they know more than you do or they try to guilt trip you for getting a tattoo. I've had a soccer mom explain to me,

"Well, those tattoos actually make your immune system work harder than it usually does which isn't good for you."

My response was basically "Yeah but we all end dying either way so might as do it if we want to."

Her response in a very snarky and know it all attitude was shrugging her shoulders and said, "Well if you like them I guess."

I love them actually, which is why I have them.

My favorite interaction with a soccer mom was when I was working at a coffee shop in Downtown Annapolis and I was ringing up a mother and daughter. The daughter and I talked a little bit because she liked my tattoos and it was a nice conversation. It was only when her mother, who basically trying WAY TOO HARD to look like her daughter, decided to throw in this comment..

"I am sure your mother loves seeing that on you."

Now I'm usually pretty meh when people give snarky and sarcastic comments about my permanent stickers on my arm. However, once you try to guilt trip me by bringing my mother into it, I'm going to flip my sarcastic A-hole switch. So my response to this comment was,

"Well considering my mother actually paid for my first one and helped me come up some ideas for my sleeve, yeah she actually thinks it's awesome."

I really wish you could've seen this woman's face once I gave that rebuttal. It's almost as if the idea of parents being okay with their kids getting tattoos was completely taboo to her. You would think she would stop after that, but Queen D-Bag was not done. She continued on how she was never going to let her daughter get a tattoo because you know, controlling soccer moms. I responded saying to her daughter "Don't worry. Once you're out of the house and on your own, you get as many tattoos as you want." Momma responded saying "Well sweetie they just won't look good on your wedding day" because for some reason she cares about that. Me still being a little annoyed responded by saying, "You're right. They're gonna look AWESOME on her wedding day!" Her Majesty finally looked at me and said, "Well you just sound like her ex-boyfriend" She grabbed her java and they walked out of the shop.

Now I probably shouldn't have gotten so sarcastic with this woman but nothing makes me angrier than some opinionated person throwing her negative two cents at people they don't know just because they think they are better than everyone else. She made me even angrier when she basically tried to control whatever her daughter does even though she is definitely old enough to make her own decisions. I hope her daughter gets a DOZEN tattoos and I hope on her wedding day they are very visible.

Last but not least, the religious nut job. This actually happened to me TWO WEEKS AGO. I was walking back to my apartment from my on-campus job and as I was about to cross the street, an old man with a beat-up Honda covered in graffiti notices me and then proceeds to shout things like, "Tattoos! Tattoos are from the devil! You are a devil worshiper!"

This dude kept shouting this with a mix of garble noises at me and looking like Clint Eastwood in Gran Torino.

All I could respond with was just making a face and went along with business. Like what do I say!? Satan says hi???

Now I need to be clear, it's NOT everyone who practices religion. I used to be a church boy when I was in middle and high school and we had people come in with full sleeves, chest pieces, and even tattoos on their neck. Everyone in that church accepted them like any other person. I'm talking about the people who believe people are damned to go to hell simply because of a tattoo. The fact they have the balls to make such a statement based on a belief that has no concrete proof blows my mind.

In conclusion, if you don't like tattoos, that's okay. You don't have to like them. But don't try to force your belief on to other people or believe you are better than people with tattoos.

Here's the thing, you trying to enforce your belief on tattoos on me is not making me want to NEVER get another tattoo or regret the ones I have now. Nope. It actually makes love every single tattoo I have and makes me want to get more.