Quentin Tarantino Has A Foot Fetish

What all Tarantino fans know to be true. 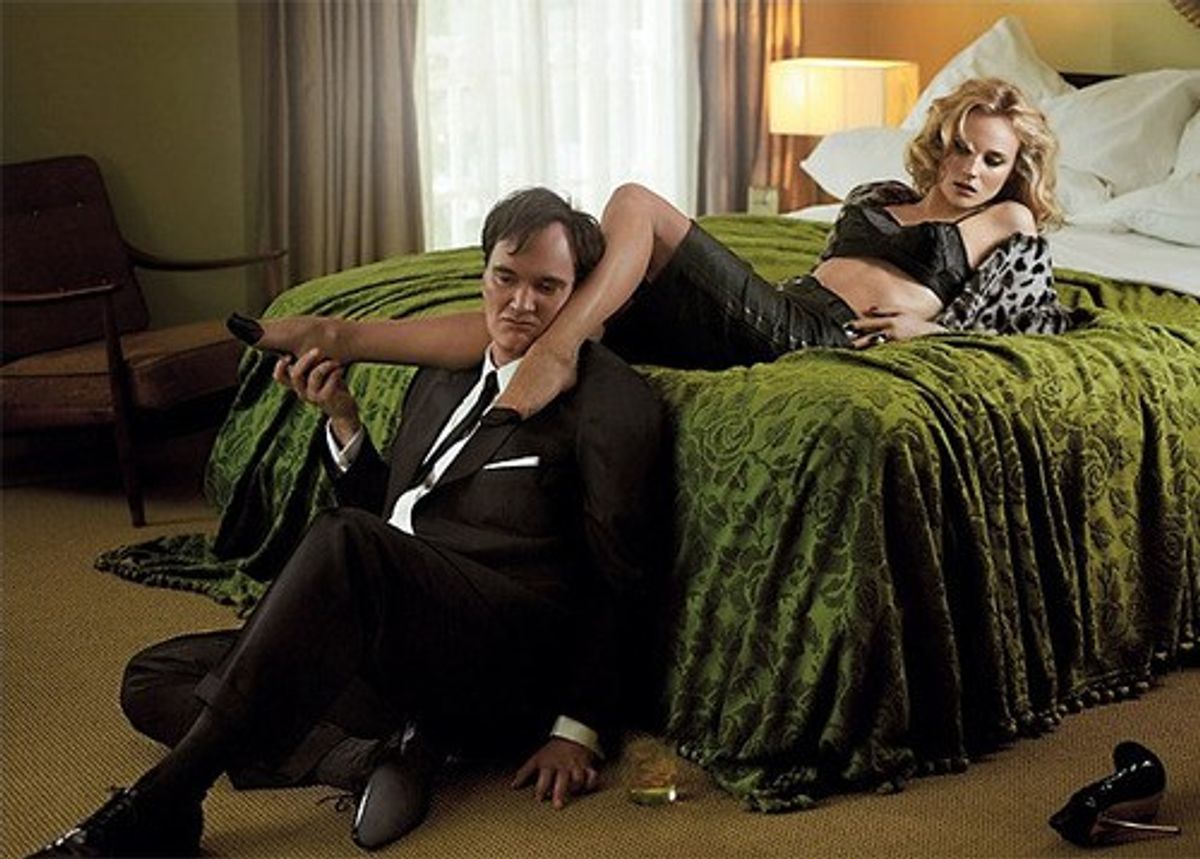 For those of you not familiar with Tarantino, if you pay close attention to his movies you will notice that about half of them have a strange emphasis on feet, women’s feet in particular. Below you can find a list of all the movies he has actually directed, including proof alongside the ones that display his foot fetish.

Contrary to popular belief, this 36 minute short film is actually the first film Tarantino has written and directed, so he did not have much time to sneak in a focus on feet.

Commonly thought of as Tarantino’s first film; however, that is not the case. This predominantly male cast does not leave much room to display Quentin’s odd fetish with women’s feet.

Often considered a classic by any movie critic, Pulp Fiction can be remember by this iconic discussion between Jules and Vincent regarding the intimate nature of massaging a woman’s feet.

Although this film stars big name actors such as Robert DeNiro and Samuel L. Jackson, I feel it is underrated in the Tarantinoverse. Nonetheless, here is yet again undeniable proof of his foot fetish.

This is my personal favorite, and I have far too many reasons to explain why. However, the one line many viewers can not get out of their head is “wiggle your big toe,” which is spoken by Beatrix in this scene as the camera focuses on her feet as she tries to will them to move.

This film may take on two parts, but they are not two different movies, so please do not ask me which one is my favorite. With this in mind, the the foot scene above still applies to Vol. 2.

Another film often forgotten about when it comes to Tarantino’s work, but this brief scene will provide all you need to know about the film’s overall creepy vibe, as well as displaying Quentin’s foot fetish.

Who doesn’t like a good Brad Pitt film? I personally favor Christoph Waltz's character due to his impeccable acting, which is displayed in this scene where there is a focus on Diane Kruger's foot as he removes her shoe.

In one of his most recent films, it appears Tarantino decided to pay more regard to the plot and not sneak in any little tidbits of his foot fetish.

I, unfortunately, have yet to see this newest film of Tarantino’s, but the following scene displays the large emphasis placed on characters feet as they walk.


Now that you are aware of all the films he has directed, if you still don’t believe me about Quentin’s fetish just check out this chart someone made mapping out the amount of seconds feet appear in his films, or this video montage of his foot scenes.