The Stranger On The Train

Amazing things happen when you let your guard down for a few minutes. 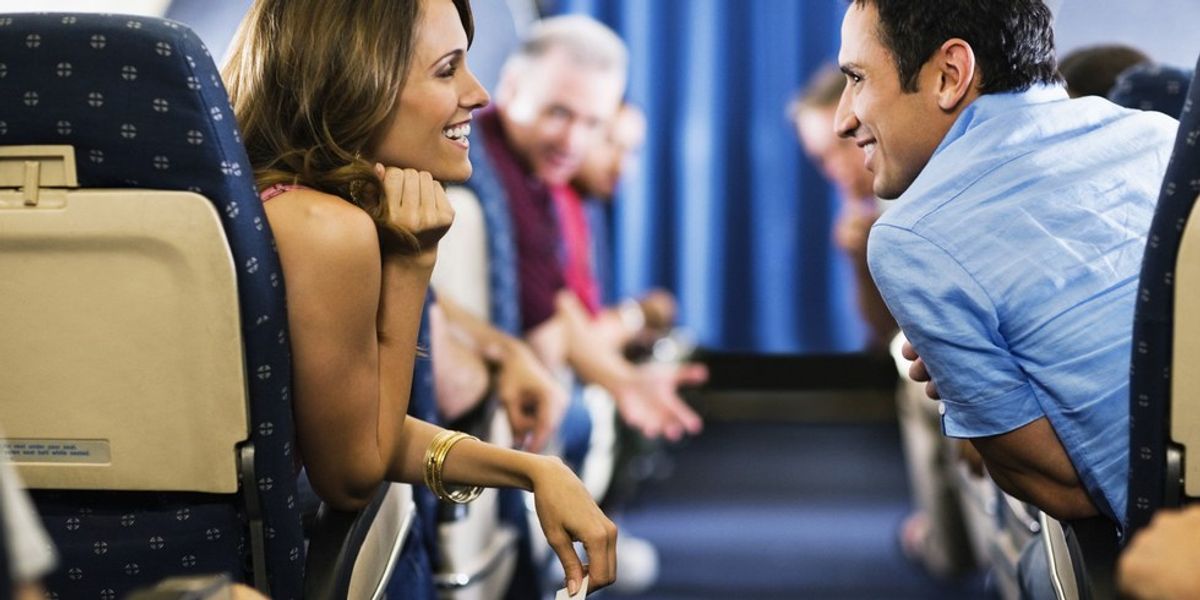 When was the last time you talked to a stranger? And I don't mean "talk" as in awkward small talk or a casual exchange, but really, truly talk. Over the past few years, talking to strangers is more and more becoming a thing of the past. This could be due to a number of things like the rise of the smart phone, people generally being more self absorbed, or the growing wariness towards others. It's one of those things that maybe we don't notice right away or really think too much about. In my case, this behavior pattern didn't strike me as odd until I found myself in the middle of in depth conversations with people I'd never met.

Last weekend, after a particularly hard week at school, I was on my way home for my cousin's birthday. Since I don't have a car, I had to take the train which meant getting up at the ungodly hour of 4:30 a.m. and hitting the road by 5 o'clock to catch my connecting bus. I've taken the train more than a few times in the past few years so I've pretty much got the drill down pat. However, this time was different; the train was late, there was another one getting ready to depart, and everyone was in a tizzy about it.

As I wandered around the platform, desperately trying to get the attention of a staff member when someone tapped me on the shoulder. I turned around and it was a young guy who looked to be just as confused as I was. After figuring out that we were going to be on the same train, he asked if he could stick by me since I "seemed to know what (I) was doing." Together, we eventually ended up boarding the correct train and while I thought we'd just go our separate ways, he surprised me by asking if he could sit and talk with me for the rest of the trip.

I'm not gonna lie, at first I was a bit taken aback, after all it was 6 o'clock in the morning, why on Earth did this guy want to sit and talk with me? Not wanting to be rude, I smiled and gestured for him to sit down. Not to my surprise, he was very friendly and incredibly easy to talk to. Over the course of the next three and a half hours, we talked about everything between movies, classes, family traditions and a plethora of other topics. Before I knew it, I had made a new friend. All too quickly, my stop came and I had to leave the train. As I got ready to leave and jump onto the platform, my new friend told me that if I was ever in his neck of the woods that I should look him up and then asked for my phone number. If I hadn't literally been about to jump onto the platform, maybe I would have given it to him. But since time was not on our side, we had to get our separate ways.

While I know I'll probably never see my train buddy again, I'm glad I met him. I'm glad I made this connection. I'm glad I talked to a stranger.