Talk Nerdy To Me
Odyssey

Talk Nerdy To Me

In response to Fanfiction. 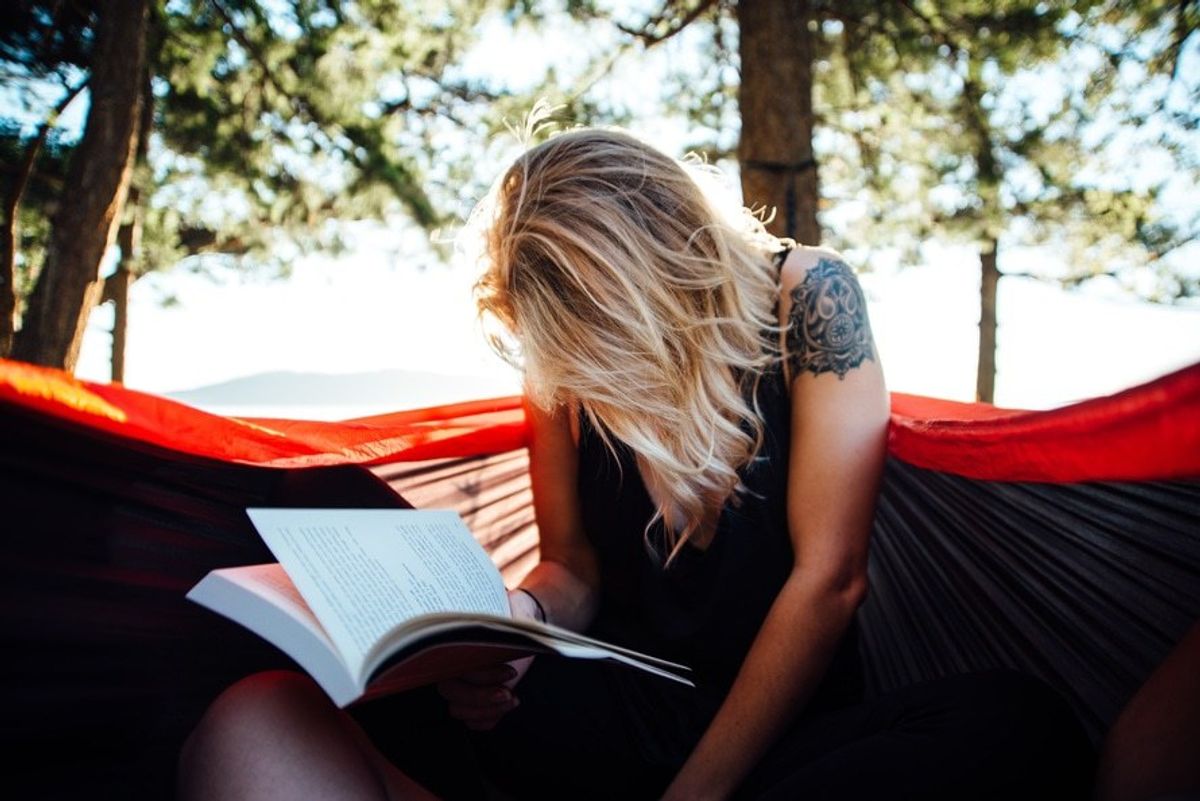 “In Defense of So-Called “Bad” Fanfiction,” an article posted on the website www.themarysue.com by Emmy Ellis, advocates that all forms of fanfiction; that is, any form of fiction written by a fan of any particular cultural entertainment about that entertainment, should be celebrated and welcomed as a specific and worthy form of literature. Fanfiction is written about characters from different platforms of entertainment such as movies, books, and television series. In her article, Ellis explains the premise of fanfiction and explains the different subgenres of fanfiction, where one specific story is referred to as a ‘fic’. She stands up for fandom culture, especially written fanfiction, by saying “The thing about . . . poorly-written fanfic, the thing about terribly-ill-conceived fanfic, is that it’s all writing. It’s all human communication and expression, and it’s mostly kids learning.” I agree wholeheartedly with the ideas Ellis presents in her article, and I believe that fanfiction in any form is a great thing that adds beauty and light to the universe.

Fanfiction is something to marvel at, something to read late into the night or spend a rainy day with. In fanfiction, we can explore things the original work’s author left untouched. In an alternate universe, or AU, fanfictions, we can see how certain characters would react in a time or place different than their own. For example, how enthralling would Twilight be if the majority of the main characters weren’t vampires? What if Neville Longbottom had been the chosen one instead of Harry Potter? What if the entire fellowship of the ring from J.R.R. Tolkien’s "Lord of the Rings" trilogy had been female? What would these stories be like then? The alternate universe allows us to take the characters we love and push their boundaries to learn new and exciting things about them and from them. As Ellis puts it, “What better way to explore how someone deals with bullying than to have them be pre-serum Captain America but in modern high school?” AU fanfiction gives writers the opportunity to expand our creative thinking process.

Another aspect of fanfiction that Ellis believes should not be overlooked is the sexuality that seems to go hand-in-hand with fanfiction. For every adventure fanfiction out there, there seems to be two romance fics. Ellis draws attention to this when she begins to talk about ‘slash fiction’ and sex within fanfiction. Slash is fandom slang for a romantic pairing, or two characters that are the focus of a romantic fanfiction. The word slash is drawn from the presentation of the pairing when searching for fanfiction, for example, Ron/Hermione from "Harry Potter" or Buffy/Spike from "Buffy the Vampire Slayer." Slash began as a way to designate a romantic pairing, but has evolved to mainly mean a male/male relationship, with its feminine counterpart, fem!slash.

I agree with Ellis’ feelings and statements on sex in fanfiction, and I believe she is right to put so much focus on it. Sex in fanfiction is a way for young writers to explore sexuality, kinks, BDSM, and other things that society says “No, no, no!” to. Coming across Kirk/Spock slash from "Star Trek" might be the first instance when many young people come across homosexuality in a positive light. Another valid and related point Ellis makes is that fanfiction may be the only exposure to accurate sex education that many young girls may have, saying “…or the only sex education that gives any impression that sex is fun and intimate and loving and exciting.” I would add “when consensual” to that sentence, but the point remains. I think this is important because any form of writing is excellent and worthwhile to me, but if you can learn something about others or yourself through the process of reading and writing, well, that just makes it all the better.

The author, Emmy Ellis, is successful in making me feel as though she truly cares about her topic. Well-written and energetic, it made me want to delve into the world of fanfiction as soon as I was finished reading the article. She raises many points that I believe are worthy of attention, and her writing style is fun and captivating. One of my personal life goals is to become a published fiction author, and one way I have practiced writing throughout my life is through the medium of fanfiction, so the topic is very close to me. I’m also a big fan of young people exploring different aspects of life or becoming better people through the culture that they consume, and to me, most fanfiction has always been part of a positive nerdy culture. I want to be an advocate for the great, positive things that can come with taking part in fanfiction culture, and this article is a great piece of that. This article inspires its readers who are also writers to present a clearer voice in their own original characters when it comes to the exploration of their personhood.