Tales From The Pit: My Christmas at DGB
Odyssey

Tales From The Pit: My Christmas at DGB 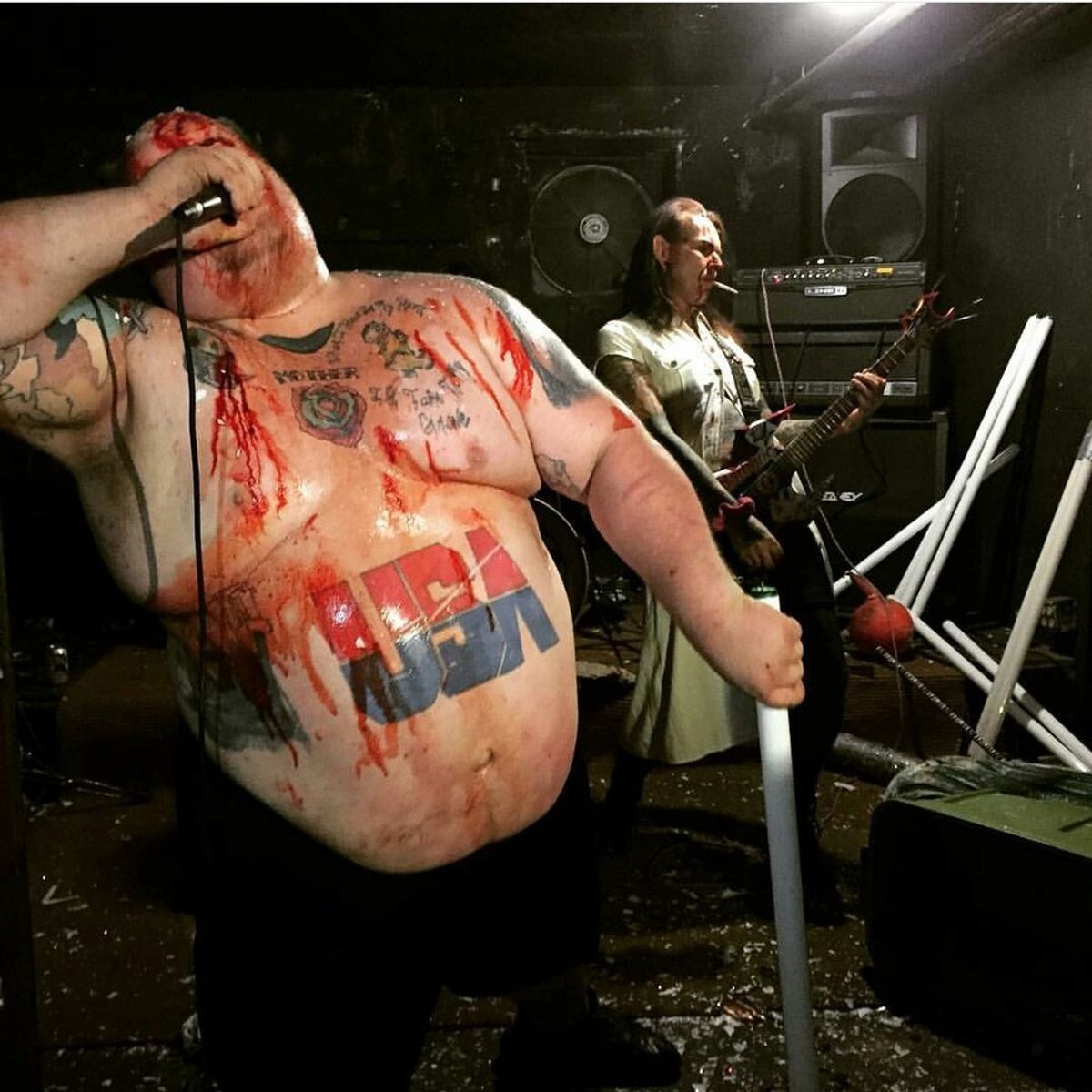 You’d miss this place if you didn’t know it existed: a pentagram drawn on the floor of the basement in dried blood, and covered in piss and broken glass, over which a crowd is thrashing around. This is DGB, and even for punk houses, this is a nightmare.

DGB, or Drunken Gutter Basement, is just another nondescript house in suburban New Jersey, and functioned as two things: a venue for the South Jersey punk scene, and an amateur tattoo parlor where the cost of a tattoo was a six pack of beer. It seemed to be a rite of passage to have “DGB” shakily tattooed on any and all of the bands who played the venue consistently.

This place only seems to have one rule: don’t stand outside on the lawn, because the neighbors will call the cops. I’m not exaggerating. This isn’t like the stadium shows where security will stop something from getting out of hand. If things go south, that’s it. You’ll end up in a cell or a casket, because there’s no way any of these people are taking anyone to a hospital.

Ironically, and somehow appropriately, the cost of admission for this show was a clothing donation, which all went to the less fortunate.

The real story of DGB is that of Jake Heaton, a man at about 5-foot-7 but intimidating the way a bear would be at that same height. It’s Christmas Eve, and he’s been pounding beers all night. He’s headlining this show, and when it’s his turn on stage, most of the crowd goes upstairs. The atmosphere changes. More people pour in, but they’re different from those who left, and you’re left wondering where they all came from.

As he’s preparing, a girl from one of the previous bands is breaking the lightbulbs he’d brought with him, and he tells her to stop. She doesn’t listen. He tells her again, but this time says that if she continues, he’ll kill her entire family. The way he says it, it’s not a threat so much as an inconvenient fact. She laughs, as if he’s joking. He asks where she’s from and she tells him. He tells her that she’s going to go home and it’ll be a bloodbath. Again, no rage, no signs of joking either. Just a cold, detached statement. She stops after this, and I’m amazed she hasn’t sooner.

Jake leaves for a moment, and then emerges in the “stage” area wearing nothing but tighty-whities and tinsel around his waist. Tis the season, after all. His band, Barbaric, begins playing, and he smashes a fluorescent lightbulb over his head. Blood begins to pour down his face. Then the pit starts.

People are pushing each other around, hitting each other, and starting a pit. Then Jake throws a can filled with urine into the crowd, and it stops no one. He proceeds to throw glass Christmas ornaments, marbles, and candy into the crowd, causing a lot of people to trip and fall into one another. Jake goes back to his violent display, and stabs a shattered bulb into his forehead. A shard of glass breaks off, and remains wedged in his skull. Some fans of the group rush to the front, and are beaten and stabbed too. They love every second of it.

It’s a rough display, and doesn’t get any less violent as it goes. Jake is bleeding badly, and it’s just another night for him. If you got out with just a few bruises, you were lucky. Getting home, glass still crunched under my boots, and the adrenaline hadn’t worn off - two hours later.

DGB closed two months ago, and I can’t say whether it’s for better or worse. There was something about this place that kept us coming back, despite the violence. There was something romantic about the destruction, and it will be interesting to see how this strange void is filled within our scene. DGB may have seemed like a bad idea, but it gave musicians a place to play without rules, and it paid them fairly for it-- more than they'd usually get elsewhere. It will be missed.