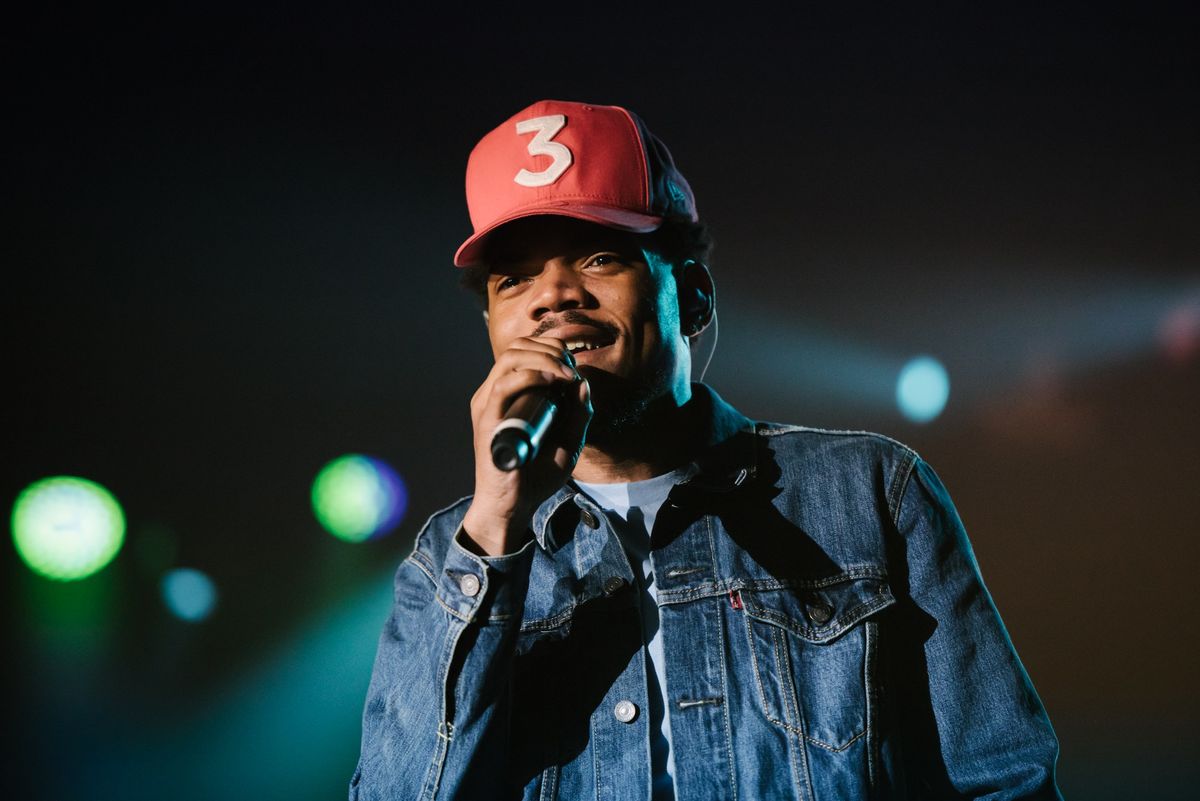 "I never wanted to sell my music,” says Chance the Rapper, “because I thought putting a price on it put a limit on it and inhibited me from making a connection.”

24 years in the making, Chancelor Bennett, better known as "Chance the Rapper," has made a name for himself.

“Lil Chano from 79th” grew up on the South Side of Chicago and was heavily involved with gang activity. His 10 Days mixtape was a project he made because he was suspended from school after drug affiliation. Later after releasing Acid Rap, in which he composed while under the influence of hallucinogenics, Chance had a 6 month long binge on the prescription drug Xanax.

Doesn't sound like the recipe for this Independent artist, Rapper, Philanthropist, Record producer, and Actor who has been awarded with multiple Grammy Awards for "Best New Artist", "Best Rap Album", and "Best Rap Performance" 2017, the BET "Humanitarian Award". A young man who has single handily has donated 1 Million Dollars to Chicago Public School System in March 2017 as he sets the bar for a call.

Along with his donation, he encouraged companies in Chicago and around the country to donate to Chicago schools, calling his contribution

"A call to action." To change the script of the story being written.

Chance the Rapper has had 24 years of insight. 24 years of heartbreak, passion, pain, and the rigor of life. Because of his testimony, and his willingness to share his truth; His voice is valued.

He is truly immersed. He climbed out of a life that was anything but “glorified” to many, and created a story for himself by challenging others to rewrite their own.

Chance's musics serve as the chapters of an already written story; by the one above.

Chance sees this, and using the platform that he has been blessed with, sings it.

In “How Great,” after singing the chorus of the Chris Tomlin song by the same title, he says,

“With the faith of a pumpkin-sized-seed mustard seed

Hear, for I will speak noble things as entrusted me

Only righteous, I might just shrug at the skullduggery”

It has become more than the name he has made for himself, when the artist performs he does not draw the attention back to his name alone, rather the name of the highest; the name of the one he attributes all fame and success to. This young rapper capitalizes on his ability to connect with the young hearts of this world, and his focus is not on profit but on a "purpose."

His purpose is not his own, but the purpose of truth and love that can be attributed to our maker above. Chance the Rapper has a vision for the work he does; provoke the hearts of our youth to challenge the process, challenge what has been deemed reality, what has been “accepted” for what it is.

In an interview Chance states, "I think that’s always the goal of art, is to make people ask themselves questions.” Chance the Rapper wants his voice to serve as a spotlight to the questions we should be asking ourselves.


What do you believe in? Where is your story headed? What can you do to change the story for others?

This artist, this single voice, has become the revolutionary flame that fires up the youth in the face of adversity, a voice that has continuously challenged the mentality through the verses he crafts.

Chance is one voice. One movement. We all have a voice. We all are our own movement.

This young heart from the South Side of Chicago has challenged the process on so many levels, 24 years in the making and through his faith from above, the cards have been aligned for him to do his work.

So, I challenge you. Take your chance. Rewrite your story, or challenge others to rewrite their own.

Take every second you get to tell your story and glorify the artist of your life on this earth.

Speak truth and value others above yourself. Your words, and the way you express them, matter. Chances are, you could sell out stadiums.

15 Songs That Explain My Life