'Supernatural' Fans Are Not Happy After That Brutal Finale

'Supernatural' Fans Are Not Happy After That Brutal Finale

We were prepared for something bad, but not THIS bad. 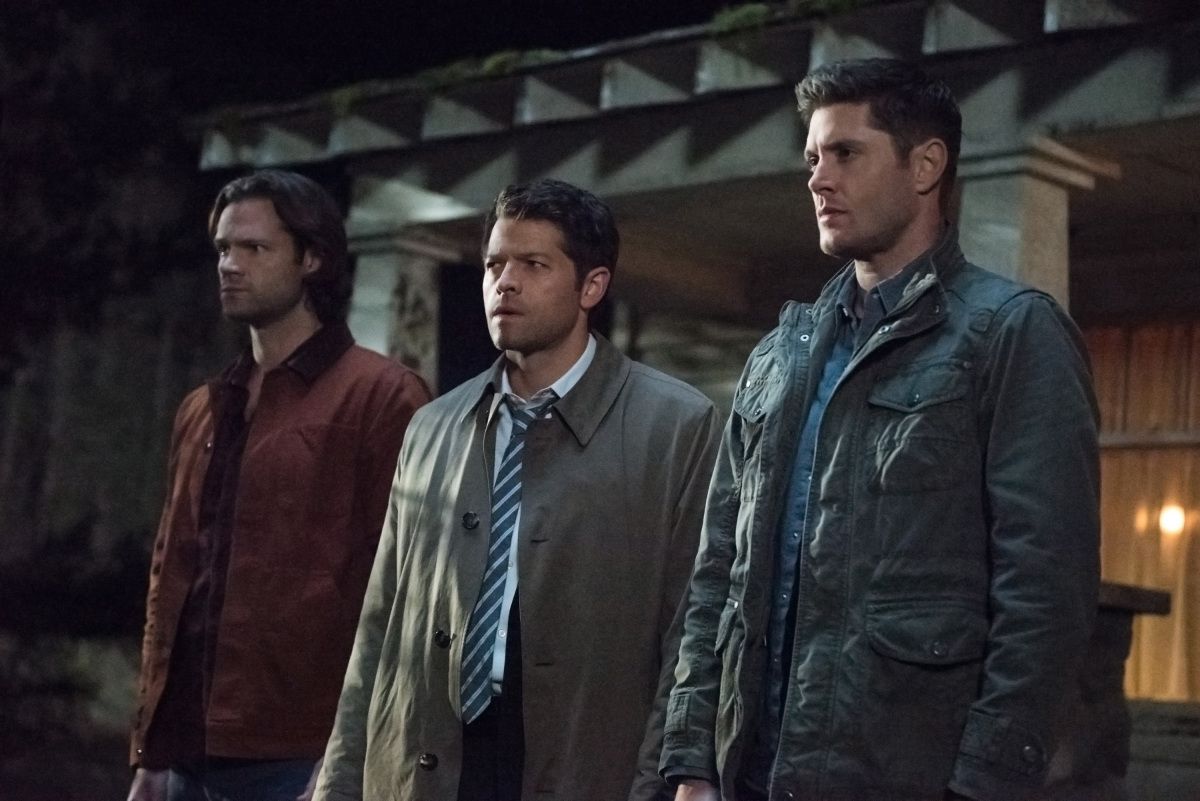 The Supernatural fandom should know by now that we will end up in pain at the end of every finale. Last night’s episode was actually two episodes, and both were wonderful, but terrible.

At the end of the previous week’s episode, it seemed that all hope was lost: Mr. Ketch and a brainwashed Mary locked Sam, Dean, and Lady Bevell in the Men of Letter’s bunker with no way out. But, the brothers are often underestimated in their smarts. They get out of the bunker and end up bringing the fight to the British Men of Letters’ base, with Sam leading the charge.

Dean ends up injured, so he stays behind with Mary and Lady Bevell, and convinces her to help him get through to Mary. Dean ends up in Mary’s head and we see him trying to get her to notice him. He makes a very impassioned speech to Mary about how her one choice ruined his and Sam’s life. Just when we think all is well, Mr. Ketch comes and rips Dean out of Mary’s head. They fight and Mary comes to the rescue, and shoot’s Mr. Ketch in the head.

This whole episode was perfect because it closed out the BMOL storyline perfectly, and we got to see some Winchester family stuff that has been pushed to the wayside through the whole season. Also I love smart Winchesters, and Dean finally got to use his grenade launcher.

Part 2: All Along the Watchtower

Sam reveals that Lucifer is around and he is after Cas and Kelly, in order to get his unborn son. Crowley joins them and we discover that Lucifer didn’t kill him, because he put himself into a rat.

Meanwhile, Cas and Kelly are holed up in a small house and Cas is trying his best to help Kelly. After returning from a trip to the store, a piece of the baby’s grace creates a rift in the space-time-continuum. When Cas enters the rift, he meets an alternate version of Bobby, and finds out that the place he has ended up is a world where Sam and Dean are never born and they do not save the world.

Sam, Dean, and Mary end up finding Cas, and Crowley comes to their aid, while Kelly has begun labor. Lucifer shows up to the house, and Sam and Dean lead him to the rift, and bring him into the other world. Sam and Crowley are working on a spell to put Lucifer back in the cage and to close the rift the baby opened. The spell needs a life, so Crowley ends up giving his.

Kelly has died giving birth to the baby, and Mary comes out to the yard, just as Cas is exiting the rift. Lucifer is right behind him and buries an angel blade in his chest. Cas dies, and the fandom exploded. Then Mary tries to take on Lucifer and the two of them get dragged into the rift and it closes. Sam runs up to check on the baby, and we actually see a full-grown person holed up in the corner of the room.

In general, this episode hurt. Losing Crowley was enough, but to lose Cas as well hurt a lot of people. The fandom is well aware of the fact that both Misha Collins and Mark Sheppard are confirmed series regulars, but those two deaths hurt because we love them so much.

While no Supernatural finale has been easy, this one certainly hurt the most.