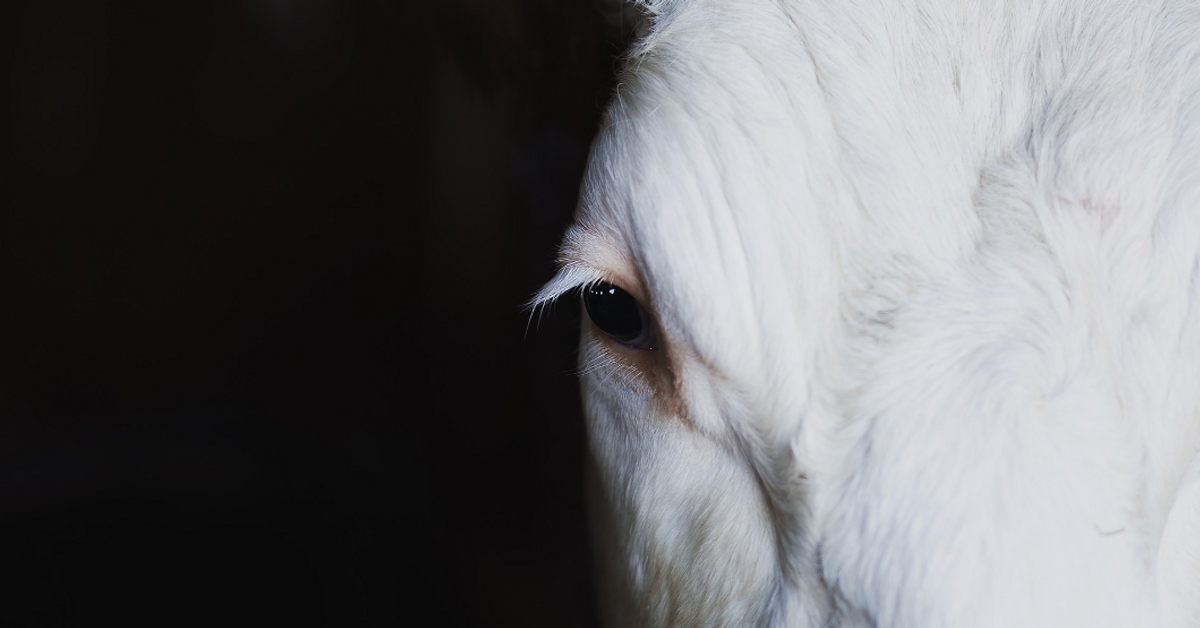 This is a story about that one time I thought I was being chased by a creature called a rolling calf.

In Jamaican folklore, a rolling calf is a sort of demonic calf-like beast that roams along roadways, terrorizing hapless travelers at night.

In the stories that I heard while growing up, anyone who encountered the rolling calf would hear the shudder-worthy clanking of its chains. During some telling, someone must have included the cloppity-clopping of its feet among the terrifying sounds you would hear.

One night when I was in my late teens, I had one such encounter.

What I thought was happening.

It was dark and I was walking along a lonely, rural road. I was on my way home from I-forget-where.

Out of the blue, I heard this sound behind me.

Still walking, I glanced at me to see what was making that sound. In the dark, I could only make out the hazy shape of a person. As this person or thing traipsed behind me, I could still hear the unnatural cloppity-clop of cow-like feet.

Unnerved, I whipped my head back around and started walking faster. My follower stepped up the pace too!

I started to silently freak-out.

Whoever or whatever was following me so doggedly couldn’t possibly be up to any good. Was it even human? Would a human’s feet sound like the cloppity-clop of some demon calf?

I didn’t dare look behind me again. For some reason, it didn’t seem like a good idea. Maybe I was just scared of confirming my fear.

I shifted gear into my fastest power-walk and wouldn’t you know? That beastly thing walked faster too!

The sound was getting closer and closer. I just couldn’t seem to get away from that rapid clop-cloppity-clop sound.

Finally, my house was in sight. I ran into the yard and slammed the gate shut behind me. I ran up the steps onto the verandah and crouched low, peeking over the banister. There was a streetlight in front of the house, so I knew I’d be able to get a good look.

Some woman in a red dress passed under the streetlight. She briefly looked up to where I was in utter confusion and kept walking. As she vanished into the night, I could still hear the cloppity-clop of her weird-sounding shoes.

The door to the house opened and someone inside asked, “what’s going on?”

Feeling like an idiot I stood, smiled and said. “Oh, n-nothing.”

An innocent traveler was walking along a dark country road. Unnerved by the creepy atmosphere, she was relieved to see another person walking ahead of her. Figuring that a little company might help ease her fears, she tried catching up to the person in front.

So, this late night comedy unfolded with neither party truly understanding why they were chasing or being chased.

Caitlin Marie Grimes
University of South Florida
9473
Beyond The States