Superhero TV Team Ups: What Marvel Can Learn From DC

After the CW's success with the "Heroes vs. Aliens" event for their DC characters, this is what Marvel can take into consideration when moving forward on "The Defenders." 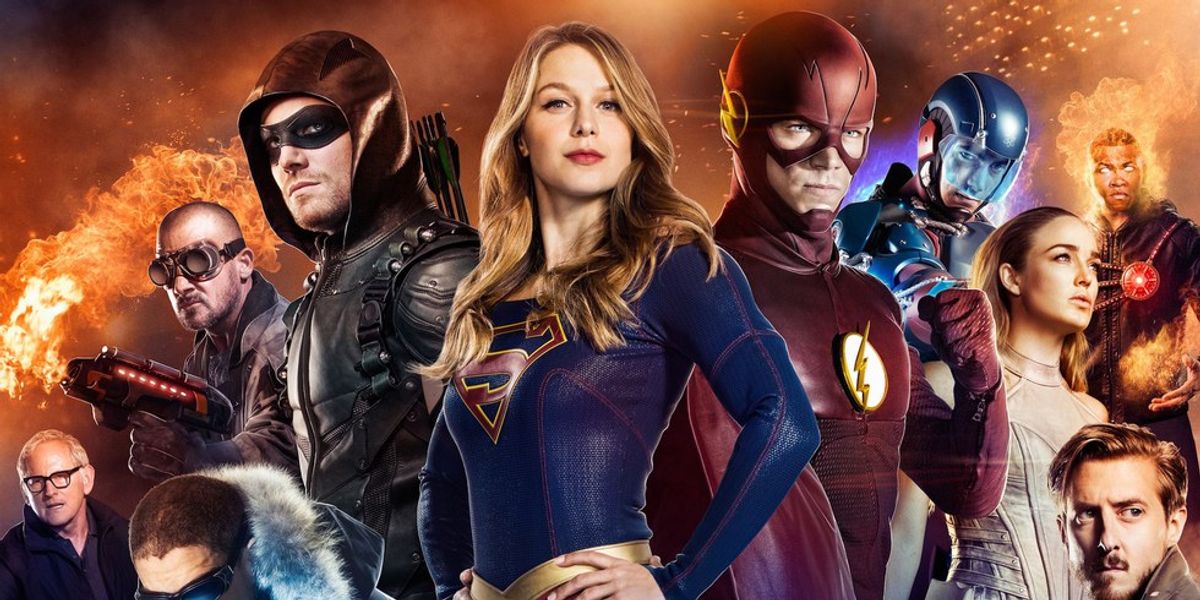 With superhero team ups like the Avengers and the Justice League, which is planning to be released in November 2017, Marvel Studios and DC Entertainment are taking advantage of the heroes at their disposal. However, the movies are not alone with bringing everyone’s favorites together.

During the week of Nov. 29, the CW aired a four-part crossover event with their DC superhero shows, “Supergirl,” “The Flash,” “Arrow” and “Legends of Tomorrow.” This event brought all the characters together in order to fight off a group of evil aliens called the “Dominators.” Due to the extraterrestrial nature of their foes, the event was called “Heroes vs. Aliens.”

DC is not the only one planning a major television team up event. In 2017, Netflix will begin streaming “The Defenders,” which will feature Jessica Jones, Iron Fist, Daredevil and Luke Cage, who have all received their own Marvel Netflix series.

“Iron Fist” will be the last to have his Netflix show premiere, with a release date of March 17 this spring. “The Defenders” has already started filming in New York, and set photos are creating excitement, but there is still some work to do before the final product is released.

Both of these television events are bringing famous heroes together to fight against a common threat. The main difference between the two different superhero team ups, is the presentation. For the DC Heroes, it was an even that took place through out the week and was covered on an episode of each show for that week. For Marvel, this event will be one singular Netflix series. Having a whole series dedicated to the team up gives more time for development and it doesn’t stall the flow of the series.

The DC crossover event was a major success for the network and gave a boost in the ratings for each television show. With Marvel’s “The Defenders,” taking place toward the end of 2017, they should look at what the CW did and learn from their successes and mistakes.

One thing that was fun about the “Heroes vs. Aliens” event, was seeing all of the different heroes interact with each other Watching the Green Arrow shoot at aliens on a roof top while Supergirl was in the air next to him using her heat ray vision, was such a cool sight to see. With the Defenders, there are the heavy hitters, Jessica Jones and Luke Cage, and the trained fighters Iron Fist and Daredevil. By taking advantage of the skillsets presented by these heroes, Marvel could produce some must see fight scenes with Jessica Jones tossing a bad guy Daredevil’s way, as he finishes him off with some jiu jitsu or judo.

Although the heroes in the Defenders do not require as much special effects, like the ones needed for Supergirl’s heat vision or the Flash’s super speed, the mystical nature of the Iron Fist’s powers can bring in some cool special effects to the series.

In the “Arrow” episode of the crossover, there were some moments that were out of character for the Flash and Supergirl. Even though the characters are finding themselves in a show with new writers and a different tone, it is important that the essences of the characters are still there. In one scene, Supergirl and the Flash are sent to take down a villain, and when they get there, they take down the villain quite brutally. It is a scene that neatly showcases the powers of the two heroes, but it also shows them being needlessly cruel, which does not fit in with who they are. The Flash and Supergirl will do what ever it takes to stop the act of a villain without causing more damage than they need to. Even though the person did pose a threat to the group, throwing her around like a ragdoll seemed unnecessary and strange for these characters to do.

In “The Defenders,” the show runners need to take in account the previous storylines we have seen these characters in and apply these developments and characteristics to the characters as they make their way on to “The Defenders.” This is not only a sign of good writing, but it can also create a foundation for character development.

The biggest thing that Marvel could take from the DC superhero crossover event is that it was really fun and entertaining to watch. There was never a dull moment in the episodes throughout the week and it was clear to see that everyone was having a great time. Although the Netflix side of Marvel tends to take on darker subject matter, they can still produce an entertaining and thought-provoking program.

Both companies, Marvel and DC Comics, are producing great content and getting all media forms involved, whether it is through their films or television shows. Not matter what company an individual prefers, it is clearly a great time to be a fan of superheroes.