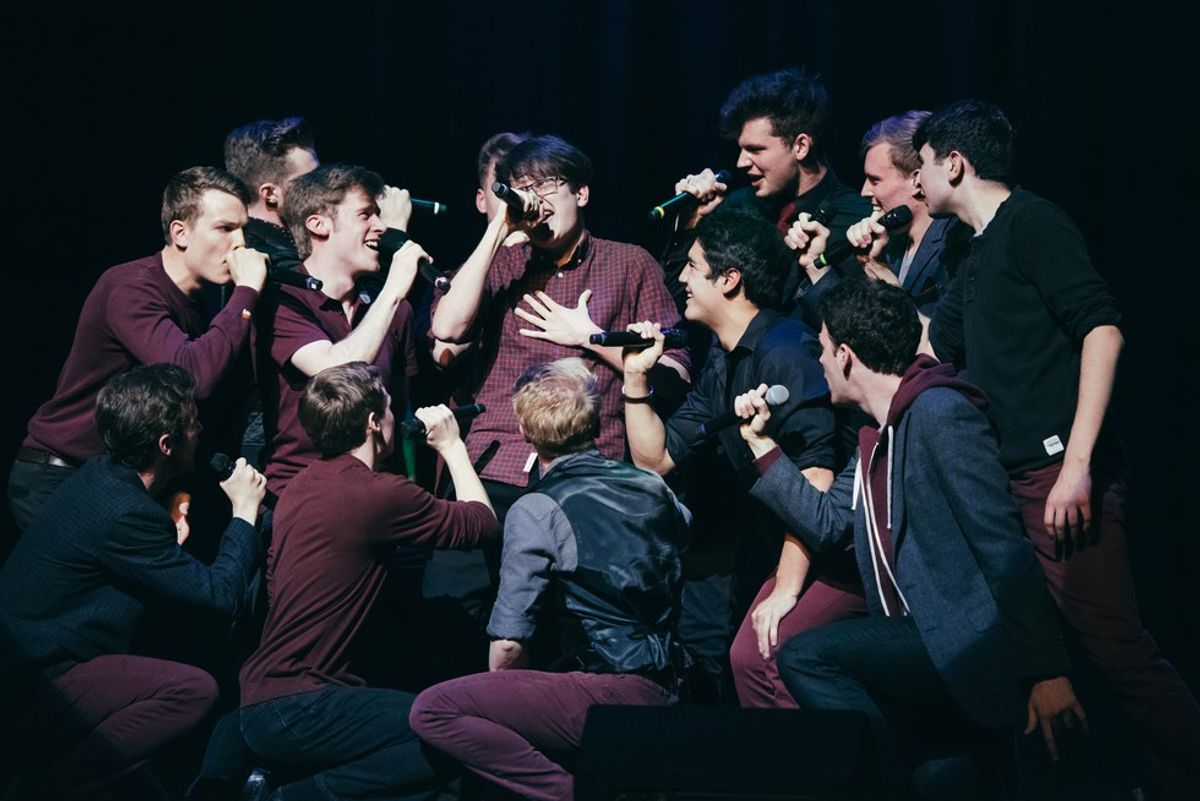 Potsdam is about to get a ca-awesome: for the first time at SUNY Potsdam, Varsity Vocals will host the International Championship of Collegiate A Cappella (ICCA) Central Region Quarterfinals in Hosmer Hall on Saturday, February 25th.

Have no idea what that means? No problem? Read on:

Starting in 1995, Varsity Vocals has hosted a series of voice-related events at locations across the country, namely the International Championship of Collegiate A Cappella (ICCA), International Championship of High School A Cappella (ICHSA), and The Open. ICCA attracts college groups from each region of the country, all vying to flex their golden pipes and prove their worth.

To put it in context, the movie Pitch Perfect features a college a cappella group competing in ICCA. Say what you will about the movie’s depiction of college-a cappella culture (which, according to this a cappella vocalist, was depressingly accurate), but its portrayal of the fierce competition and level of skill at each event is accurate. First, each group must form a set based on the parameters laid out by Varsity Vocals: the set must be no longer than 12 minutes, with the time starting from the first pitch blown or sung, and no other equipment (e.g. octavizer pedals) besides pitch pipes can be utilized. The performance order is chosen at random at the first meeting of all the groups, adding an element of suspense and mystery to the performance process. Groups must also practice using mics for soloists, vocal percussion, and back-up vocals during sound check and adjust to the acoustics of the given venue. A panel of judges critique each group on several factors, including but not limited to intonation, dynamics, rhythmic accuracy, expression, choreography, and professionalism. At the end, the groups are given a score sheet with the final tally, usually averaging between 250 and 300. Sought-after awards of Best Arrangement, Best Choreography, and Best Soloist are also up for grabs. After gathering on stage, each group impatiently awaits the results of the top two or three contestants who will advance to the next round.

Obviously, since the Central Region is being hosted at SUNY Potsdam, all four of the College's a cappella (including past-ICCA-winners the Potsdam Pointercounts shown above) groups will be competing against groups from Clarkson University, Binghamton University, and others. It will be an energetic night of music, choreography, and a cappella puns. So if you're in the Potsdam area, be sure to get your tickets while you can and raise your voice (pun intended)!