Can exposure to sunlight make me happier

Sunshine Is Actually The Best Kind Of Therapy

Yes, step into the sunlight my vampire friends...but don't forget some SPF. 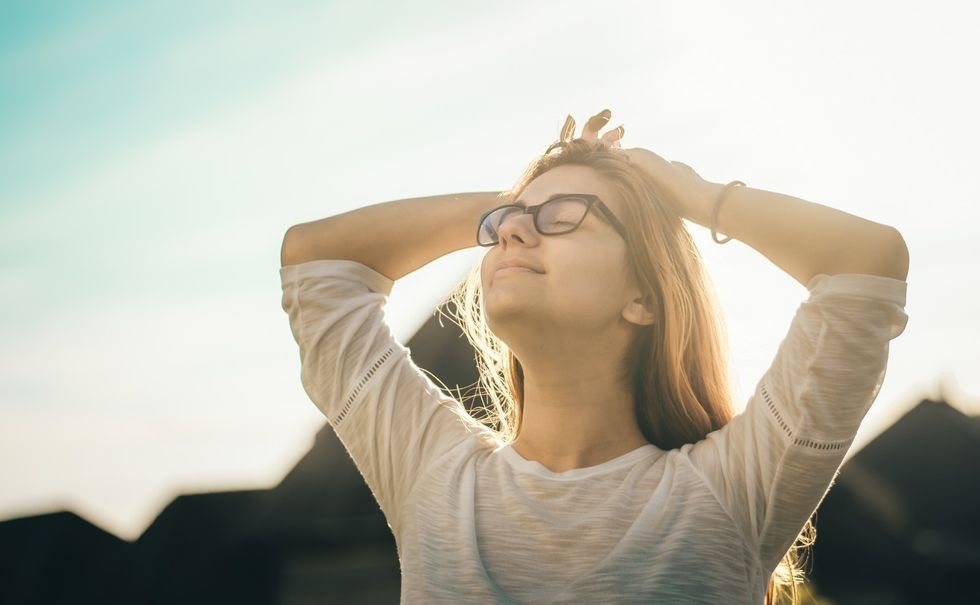 As a person who has moved around over 30 times in my lifetime (and counting), I have always noticed how location plays a major part in how my emotions are on a day to day basis. Though from all this moving, I never realized how much the weather would affect my overall sense of emotions. This past fall I had moved back to Orlando after living in Seattle Washington for almost an entire year. Almost instantly when I returned back to Florida, I noticed an overall change in my own demeanor and mental health.

When living in Washington, most will come to understand that for 9 months out of the year 60% of the time the skies are overcast, 30% of the time it is misting with rain and the last 10% it's night time. So essentially the sunshine is really never around until the summer months of June, July and August. This was a major shock for me, I had just come from living Florida, where 95% of the year the sun is out in full blast while the other 5% is sunshowers.

Though having seasons again was a lovely experience, it was the polar opposite of what I had grown accustomed to over the last few years. As the months went on, I noticed a change, along with my golden tan fading away, my usual happy go lucky bubbly personality had begun to fade away. I could not figure out why, until someone told me about these little things called, happy lamps.

Apparently, because the majority of the year the sun is hiding away in the sky, many Seattleites rely on these small lamps that help emulate the effects of natural sunlight. This got me wondering how much of a difference sunlight actually makes in a persons day to day life. I did some digging, according to Heathline.com, having exposure to sunlight is actually extremely important for their mental and emotional development.

Their research claims, "Decreased sun exposure has been associated with a drop in... serotonin levels, which can lead to major depression with seasonal pattern." Which, in my own experience, had made quite a bit of sense, since leaving Florida, I no longer had the amount of sun exposure I normally would have, there for my body was unable to produce enough serotonin to regulate my emotions. Those who live in parts of the country where the seasons are more defined may be experiencing something similar, (but a bit less intense than those in Washington State) called seasonal depression, or also known as seasonal affective disorder.

Seasonal affective disorder or S.A.D is typically self-diagnosable with the symptoms including fatigue, depression, hopelessness, and social withdrawal. Treatment for S.A.D is typically prescribed with light therapy. If natural sun exposure is not available for you, synthetic light machines, like the happy lamp, can be found on Amazon.

If you're still on the fence about just getting a lamp to just make yourself a bit less grumpy, along with mood uplifting properties, getting more sunlight in your life can also benefit other parts of your health as well. Sun exposure helps your body create Vitamin D, which promotes bone health. Also, according to the Clinical Journal of the American Society of Nephrology or CJASN "...vitamin D connection... is associated with decreasing the risk for developing common deadly cancers." Along with some regular application of SPF, of course, to avoid developing skin cancer.

So as fall and winter seasons are quickly approaching, and you start to notice a change in your emotional and mental state, take into consideration that S.A.D could be taking place. Remember that you are not alone, and the solution could be as simple as stepping outside for 15-30 minutes, letting your body absorb some of that healing sunshine.