Here's how to avoid it. 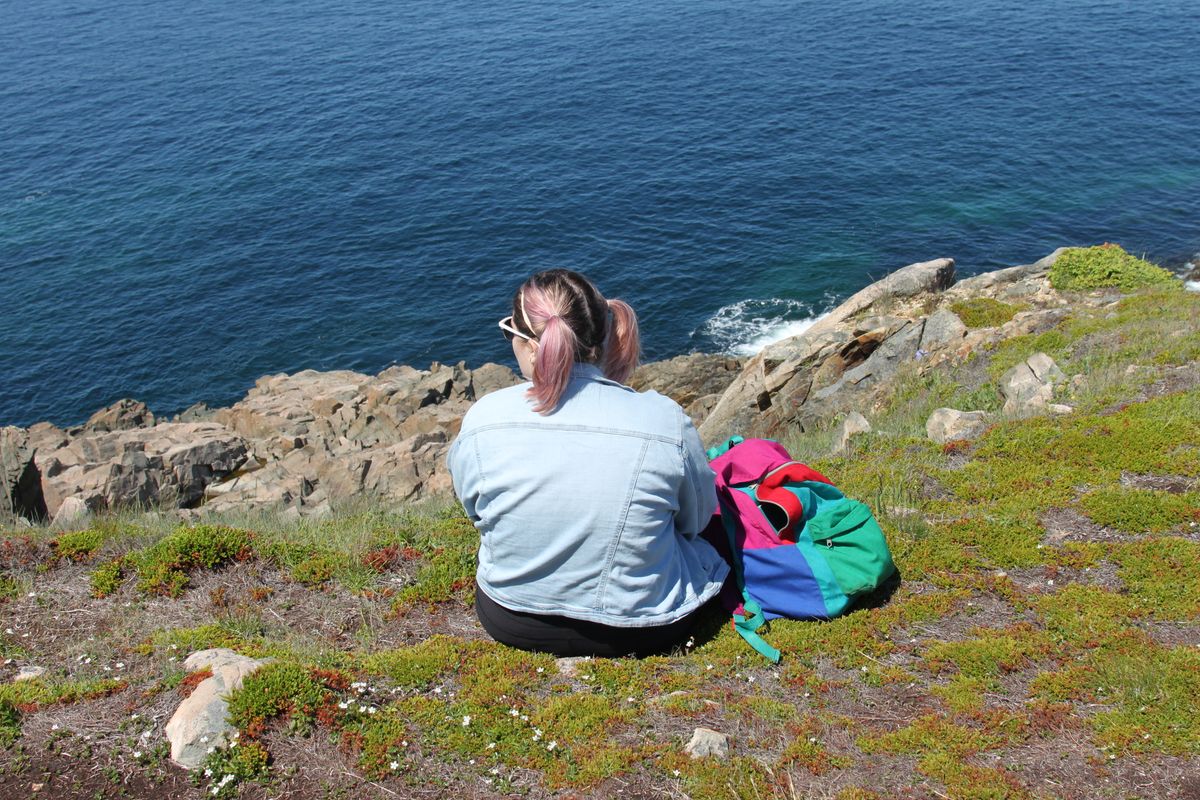 This might not apply to everyone, but I've noticed a trend among my friends and I. It's something I've noticed since high school. During the summer, without much to do, we get particularly melancholy. Our lives are ahead of us but we feel like we aren't living so there's this huge void that encompasses everything. For me, it's like reverse SAD.

Without having a set schedule, my life feels like its chaotic and I struggle to get it under control. The thing is, control is an illusion and I don't think it would be good for me to plan out every minute of my day like I want to, because then I would be too high strung. Being more stressed out is the opposite of how I need to be spending my summers.

Here's how I keep myself feeling okay during summer vacation while I'm at home feeling useless.

There's a big push for productivity, and I understand why. In order to achieve things like wealth or success, which are valued on a societal and personal level, productivity is needed. However, that mindset can result in putting too much stress on yourself during the summer, when school isn't in session.

I remind myself that I'm not only valuable while I'm being productive.

I'm not really sure what it is that makes me so guilty every time I try and open a book, but I think it has something to do with reading being something I enjoy, and if I haven't done anything to deserve enjoyment, then why should I read? That's a mindset I have to talk myself out of every time I pick up a book because between media and school I've been shown multiple times by multiple sources that I need to be doing something constructive at all times, maximizing my output. Sometimes I remind myself that reading is productive for me because in order to be a good writer of fiction, I need to be reading. However, I think everyone should be able to just chill out and do something they enjoy, particularly during summer vacation. So I tell myself that I'm not only valuable while I'm being productive, because my goal is to be low stress and not as hard on myself as I am the other 8 or so months of the year. Also, I have a job and I'm working on getting another. That's pretty productive too, and there's nothing wrong with working during the summer to make money.

I'm not only valuable when I'm productive, but being productive makes me feel better, so I try as hard as possible to be productive.

I'm a Capricorn, so sometimes I feel like I need to be productive as much as I need oxygen. To be productive, I keep up with my calendar, organizing my life around my family, friends, and job. For me this summer my main goal of productivity is to finish my novel. For other people this may be something like losing a set weight or reading a certain number of books or just working. Productivity looks different for everyone and we're all at different stages of our lives, and its important to remember that and to not compare yourself to someone who you think you should be.

Like I said, I have a job. In addition to this, I want to pet sit, write a novel, spend times with my friend and significant other, and I also familial obligations. That's a lot! I enjoy staying busy though, but not too busy.

I stay busy, but not too busy.

Nothing's worse for the summertime blues than just staying at home and not doing anything. However, I try not to get so busy that my life starts to feel hectic. When I was on my senior trip the summer of 2017, we were very active. Almost too active, which was understandable because we were in Newfoundland, literally the most beautiful place I've ever been. But because we were so busy, I was run down and stressed. Even on vacation, I need balance (and some productivity, unfortanately).

It's summertime, and that means being as cool as a cucumber as much as possible. I don't try and take on more than I can chew just because I no longer have the pressure of school.

By doing a lot of different things during the summer, I get to learn some things about myself. I get to learn how much I can handle at once, for example.

Generally, I get to know myself better during the summer.

I have free time during the summer. I try and use my free time wisely by using it to figure out who I am as a person and to become at peace with who I am while also committing to be better. I do this by spending a lot of time alone, but also doing other activities like yoga, spending time outside gardening, and writing. I think its important to be able to be by yourself and know how to keep yourself content and entertained, so I make it a goal of mine during the summer as I get more in touch with myself by doing things on my own in addition to the other things I spend my time on.

Sometimes I do feel down during the summer because I feel trapped at home in a cycle of sleeping too late in the day and then staying up too late at night and generally not doing things that are good for my mental and physical health. However, I've been making efforts over the years to change that, and hopefully one day I'll be able to smoothly transition from school to summer, and then eventually working year round.

Nicole Marie Nigro
Individual Creator
8611
c1.staticflickr.com
Where to start...... Let me start with the cliche that life throws us curveballs and what we do with it is what counts.