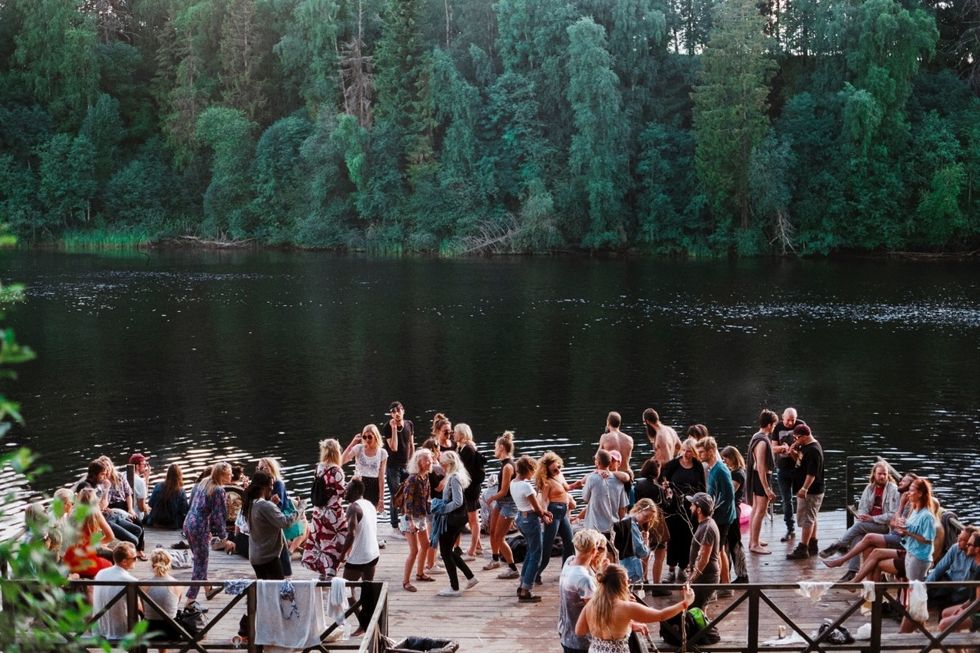 Whether you're fishing at the lake, floating in your pink flamingo float, or just cruisin' on the boat, these are songs that you have to have on your summer lake playlist.

All The Pretty Girls by Kenny Chesney

Any Man of Mine by Shania Twain

Anything Goes by Florida Georgia Line

Bait A Hook by Justin Moore

Beat of the Music by Brett Eldredge

Beat This Summer by Brad Paisley

Beer Can by Luke Combs

Born to Love You by LANCO

Break Up With Him by Old Dominion

Burnin' Up by Jonas Brothers

Bury Me In Dixie by Riley Green

Chillin' It by Cole Swindell

Closer by The Chainsmokers

Crash and Burn by Thomas Rhett

Craving You by Thomas Rhett

Cricket On a Line by Colt Ford

Devil Went Down to Georgia by The Charlie Daniels Band

Dirt on My Boots by Jon Pardi

Don't Let Me Down by The Chainsmokers

Don't Tempt Me by Luke Combs

Don't Ya by Brett Eldredge

Drink In My Hand by Eric Church

Drunk Me by Mitchell Tenpenny

Drunk on A Plane by Dierks Bentley

Drunk on Your Love by Brett Eldredge

Dust on the Bottle by David Lee Murphy

Find Out Who Your Friends Are by Tracy Lawrence

Fishin' In the Dark by Nitty Gritty Dirt Band

Get Me Some of That by Thomas Rhett

Get Your Shine On by Florida Georgia Line

Heartache on the Dance Floor by Jon Pardi

Hell Raisin' Heat of the Summer by Florida Georgia Line

Here for the Party by Gretchen Wilson

Here's to Never Growing Up by Avril Lavigne

Hope You Get Lonely Tonight by Cole Swindell

Huntin', Fishin', and Lovin' Every Day by Luke Bryan

I'm In a Hurry by Alabama

If Heaven Ain't a Lot Like Dixie by Hank Williams Jr.

If I Could Do It Again by Corey Smith

If It Don't Help by Drew Parker

If You're Gonna' Play in Texas by Alabama

Jack and Diane by John Mellencamp

Love Me Like You Mean It by Kelsea Ballerini

Man! I Feel Like a Woman! by Shania Twain

Memories Are Made Of by Luke Combs

Out There by Luke Combs

Pour Some Sugar On Me by Def Leppard

Round Here by Florida Georgia Line

She Got The Best of Me by Luke Combs

She's In Love With The Boy by Trisha Yearwood

Shut Your Mouth by Muscadine Bloodline

Some Beach by Blake Shelton

Something In Your Mouth by Nickelback

Song of the South by Alabama

Sugar, We're Goin Down by Fall Out Boy

That Ain't My Truck by Rhett Akins

There Was This Girl by Riley Green

This Is How We Roll by Florida Georgia Line

Up All Night by Jon Pardi

Up Down by Morgan Wallen

What Kinda Gone by Chris Cagle

When It Rains It Pours by Luke Combs

Where I Come From by Alan Jackson

Who's Cheatin Who by Alan Jackson

Whose Bed Have Your Boots Ben Under by Shania Twain

Wild One by Faith Hill