You know what they say about the crazy films. 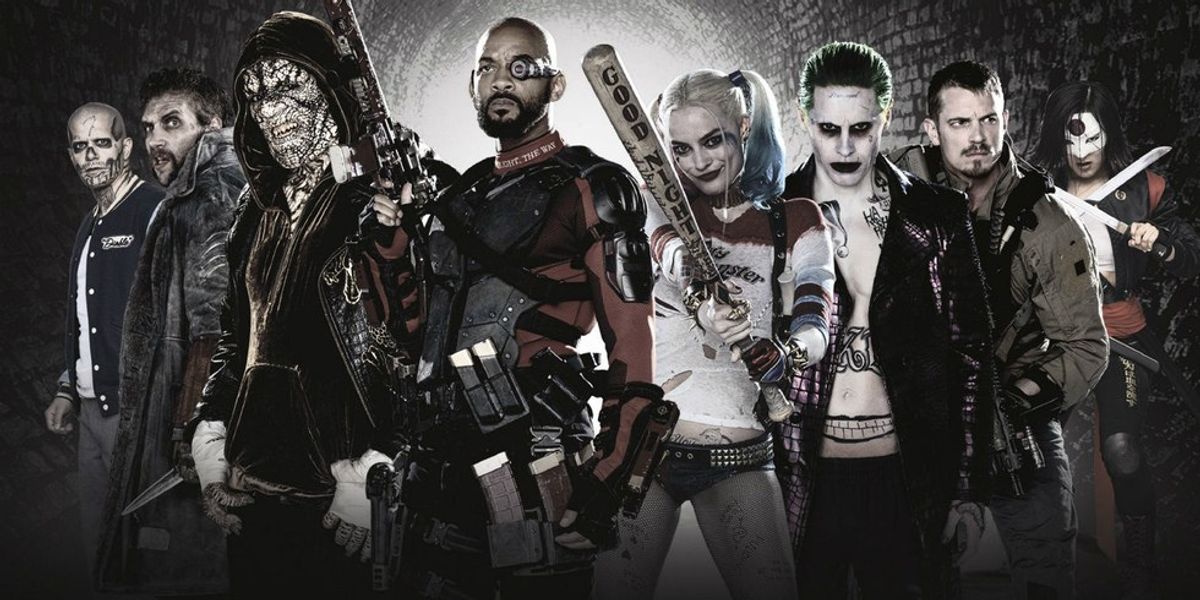 “Suicide Squad” premiered on August 5. Almost as dreaded by fans of DC as anticipated, it is about the creation of Task Force X, a team of incarcerated supervillains designed to carry out dangerous missions for the government, by the ruthless Amanda Waller. Their behavior is somewhat controlled by the continual threat of the detonation of bombs implanted in the backs of their necks.

“Suicide Squad” had the potential to be DC’s “Deadpool”—dark and gritty with twisted adult humor and the first live action portrayal of a much-loved character, in this case Harley Quinn. Instead, it feels rushed and shallow and has only a few stand out characters and moments.

First, the logic and pacing of the film is off, especially in regards to the relationship between the members of the squad. All they do is fight enemies, talk and banter a little, share a single drink, and then they’re magically calling each other friends and family and risking everything for each other. In a particularly memorable moment, Diablo goes full meta-human in order to fight Enchantress’s brother. He says he is willing to die because he’s already lost one family and doesn’t want to lose another. This should have been touching if the film had taken its time to build dynamic and emotion, but instead it lacks verisimilitude and falls flat.

Another example of a relationship gone flat is the romance between Dr. June Moone and Rick Flag. Because we don't get to know Moone and only see their relationship develop through the narration of Waller, it is difficult to feel for Flag when Enchantress goes rogue in Moone’s body. This is unfortunate, because his love for her is supposed to be the driving force of his character and the reason why we care whether the squad tries to defeat Enchantress. This is not an example of poor acting, because I believe that Flag loves her, I just have no emotional stock in their relationship—or anyone else’s, for that matter.

Due to "Suicide Squad"'s rushed pacing, there are gaps in logic. The biggest, for me, occurs when Deadshot forces Flag to tell the squad about Enchantress. First, Deadshot only learns about her because he finds a top secret binder in Waller’s purse. Although there are many pages, he manages to read it through and catch up to everyone before anyone notices that he stayed behind (no time at all seems to have passed). Flag then mentions that it has been three days since Enchantress’s brother started terrorizing the city. Somehow, even though Waller ordered that the squad be immediately assembled, we see only one day pass, and Enchantress and her brother have made little progress in taking over the world, it has been three days. It simply does not make sense.

The most disappointing performance of “Suicide Squad” is Jared Leto's Joker. He overacts, tries too hard to be frightening, and ignores many facets of the Joker’s character. For example, the Joker is charming when he wants to be. It is how he wins over Harley to begin with. In "Suicide Squad," Leto's Joker doesn’t seem to be charming Dr. Harleen Quinzel so much as showing off the ridiculous fillings in his teeth. I wouldn’t have given him the cat.

Leto faced a catch-22 when he accepted the role, given that he is not Heath Ledger. Due to his brilliant performance and his subsequent death, Ledger's Joker is the stuff of legends and impossible to imitate or escape. Leto’s first mistake is his alleged use of method acting to get into character. He isolated himself, sent the cast odd gifts, etc. This resulted in a wildly over-the-top Joker.

What Leto should have taken from Ledger is that the more understated the Joker is, the more frightening he becomes. He is a wildcard, defined by his unpredictability. Leto’s Joker, by contrast, is thoroughly unsurprising and seems to be driven by the singular desire to have Harley (which is odd, as the other Jokers barely tolerate her). Had Leto tempered his theatrical, extreme “craziness” with underplay, his Joker would have still differed from Ledgers and it might have been successful.

Thankfully, Margot Robbie’s Harley Quinn smoothed out most Joker scenes. I admit, I was initially nervous at the prospect of her (or anyone) playing live action Harley Quinn. Now I know that I should not have been concerned for Robbie's acting prowess, but for everything else. While Harley Quinn is a difficult character for anyone to embody, Robbie manages to capture her unstable, upbeat personality. Unfortunately, the comic timing of the film was off and a bit too much time was spent on her sexuality, which detracted from the comic sweetness that bolsters her popularity as a character.

An example of the script and directing failing her takes place during the flashback she has in the skyscraper. In it, the Joker is inducing her to fall into a vat of Joker Venom. He asks her if she will die for him and if she will live for him. I can only assume this is after he’s tortured her, but she looks freshly showered and her mental state is alluded to only in her wide eyed stare and slightly wooden manner of speaking. I feel that the creators could have helped this scene greatly by providing her with better, less cliche dialogue and more of a break from her Dr. Quinzel persona.

Hopefully the Harley Quinn movie will allow Robbie the screen time necessary to fully develop her character. After all, Robbie has thoroughly researched Harley and likely has more ideas than she could put into effect for "Suicide Squad."

There were, of course, characters that were perfect. Captain Boomerang is great comic relief, Will Smith was born to play Deadshot, and Viola Davis displays her skillful artistry with Amanda Waller. In fact, I cannot criticize a single second of Davis’s acting in “Suicide Squad.” She is brilliant, as usual. Her best moment, in my opinion, is when Waller kills everyone who was trapped with her because they did not have enough “clearance.” Davis’s eyes actually seem to deaden when she shoots.

I think that the greatest fault of this film is that Leto has second billing, and Davis's is much later. Leto's acting aside, he has about ten minutes of screen time altogether. Davis, on the other hand, carries the movie as a main character as much as, if not more than, Will Smith, who gets first billing. To bill Leto second is, frankly, an insult to the rest of the actors who had pivotal roles and more screen time.