Suicide Prevention Day Should Be Every Day
Odyssey

Suicide Prevention Day Should Be Every Day

So, we're just going to set aside one day of the year to tell people that they're worth it? 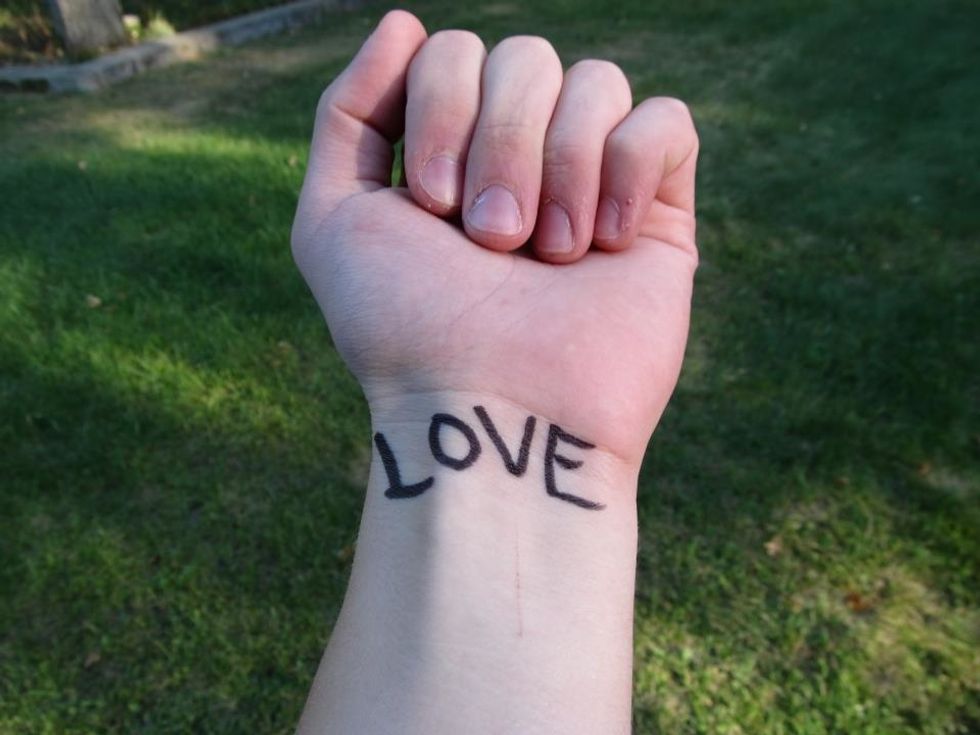 I'm writing this on Monday, September 10, and according to a Twitter hashtag I saw and my friend's Instagram stories with inspirational quotes and hotline number, it's World Suicide Prevention Day.

I can't help but feel so scammed by it all.

Personally, as someone who has previously struggled with suicidal thoughts and depression in general, reading a quote taken from Pinterest that reads "you matter" or "you're worth it" does not really have any sort of effect on me mentally.

It doesn't increase or decrease my likelihood to kill myself. I understand it's a nice sentiment, and for some people, this mere quote may speak volumes to them, but in my mind, it doesn't quite accomplish all that much.

Likewise, seeing celebrities or locals tweet #BellLetsTalk every year, just to have it swept under the rug and forgotten the next day makes me incredibly sad.

It makes me sad that people pretend to care for one day about mental illnesses and then conveniently resume their regularly scheduled lives the next day. It just absolutely baffles my mind how careless we can be toward the serious subject of mental illness, or how we only seem to be aware of the three main ones that grow increasingly stigmatized by the minute: depression, anxiety, and bipolar disorder.

These are the ones you probably most frequently hear about because people think it's fun to throw them around and use them lightly, as if they don't literally kill people.

I guess I understand it. Trying to explain what is going on in your head to other people is extremely difficult, especially when you quite don't understand it yourself. But, why would someone lie about a voice in their head telling them that they're worthless, nobody loves them, they're gonna die alone, that everyone is judging them as they walk by, etc.?

We usually believe people when they say they are experiencing physical pain, even if it as something as simple as a headache or stomachache. We tell them to lie down, take it easy, and they may even get to leave work or school early as a result.

But have you ever noticed the negative reaction you receive if you tell people you took a "mental health day" and didn't go to work or school as a result?

I've had people actually look down on me for giving "mental health day" as a reason to miss work or school. I will never understand why.

Mental health days are absolutely necessary. There were days where I would've rather been puking my guts out with a stomach bug than to have had to deal with the negative thoughts racing through my mind. And puking is pretty gross, so I rest my case.

I guess my general point to this is that suicidal thoughts and actions are much more complex than people realize. We aren't going to be magically cured of our damaging thoughts from a simple quote or hashtag. It takes much more than that.

It takes a carefully listening ear or a shoulder to cry on. Sometimes it takes leaving the person alone when they ask to be. It requires patience. It requires understanding. But, for some people, may it does take small quotes as a reminder to them that they are indeed worth it.

Everybody copes in different ways, and as long as it works for you and makes you happy, continue to do so (except if you cope by taking your sadness, anger, or frustration out on another person, then that's not cool, you shouldn't do that, and it gives the person the right to walk away from you for their own mental health.)

Finding ways to cope on your own is extremely important too. We won't always have a friend to listen or give us advice, or maybe you don't like talking to people about it in general.

We don't always have to try extremely hard in order to cope or love ourselves. It can be pretty simple and my advice is to not overthink it (easier said than done, I know.)

My question and point of this article is, why do we, as a society, wait for the "National Day of" or "World Celebration Day" to give a shit about certain things?

And in this case, these "things" are human beings. We should care about one another and our well-being every day, both physically and mentally. Don't wait until it's too late. Show others you care about them and love them.

I feel obligated to end this with the suicide prevention hotline, which is: 1-800-273-8255, but if you're like me and don't like calling people and talking to them on the phone (which is something you shouldn't be ashamed of) then there is an online chat which can be found here: https://suicidepreventionlifeline.org/chat/, and the text line, which requires you to text CONNECT to 741741.

suicide prevention
Report this Content
This article has not been reviewed by Odyssey HQ and solely reflects the ideas and opinions of the creator.