Saying "I Do" To Success
Odyssey

Saying "I Do" To Success

Marriage, the archetypal American Dream and the new millennial attitude. 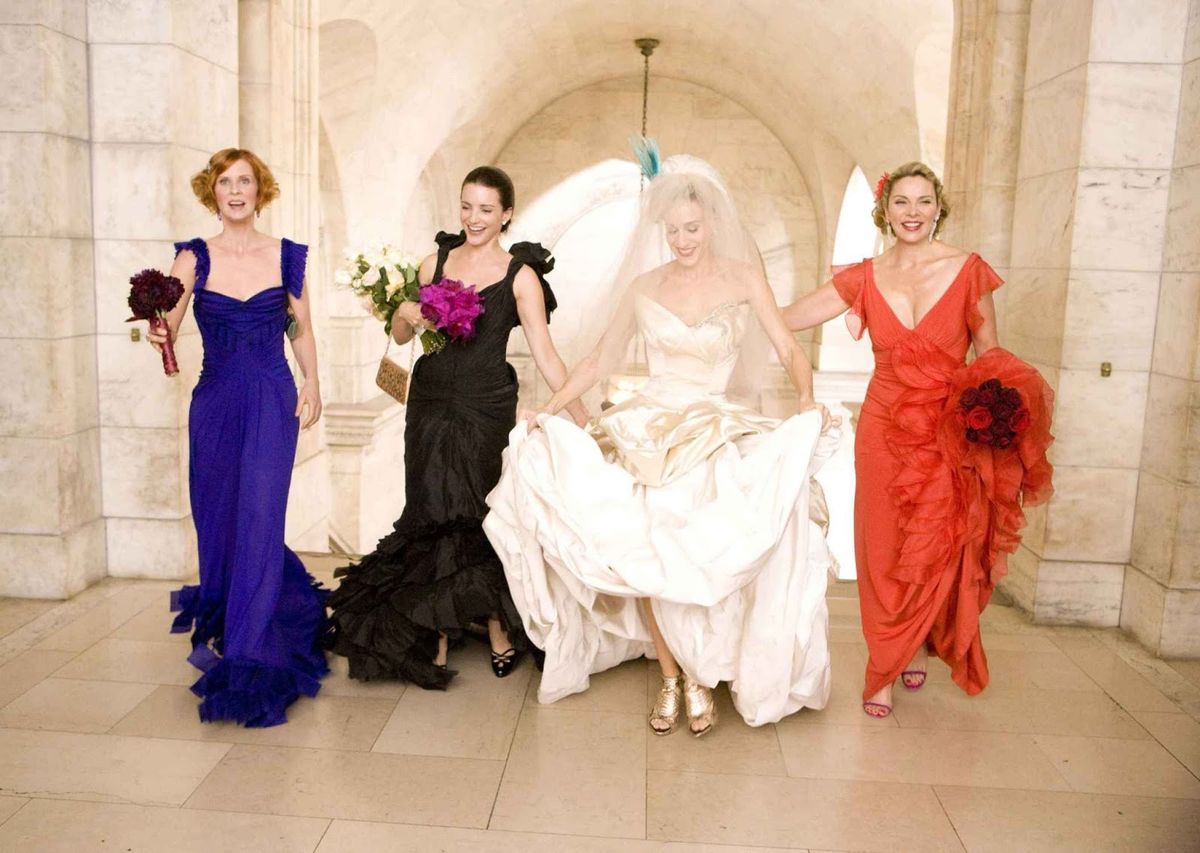 A couple days ago as I was scrolling through Facebook and very effectively procrastinating, I stumbled across an engagement announcement posted by a guy I had met at our state fair a couple summers ago. We lived in different towns then and I didn’t think more than fun weekend memories would ever come of it, but that doesn’t mean there wasn’t a tiny hope in the back of my mind maybe I would bump into him one day and we would finally get that dinner he was going to take me out for (even though he is stationed somewhere in Korea, I think, and I live in central New York, but it totally could have happened). But alas, another fine guy and gal are on their way down the aisle. That seems to be happening a lot lately.

It feels like every other day, one of my peers is getting engaged, having a child, moving in with their significant other, and moving into adulthood. People are starting to check the boxes that define the American archetype of success… graduating, landing jobs, getting engaged, making homes together, getting cats, having kids, it’s an exciting time where we are meeting milestones and diving deeper into adulthood with each one.

It’s inspiring to see people about my age achieving these things. But, mixed with the joy and admiration is a feeling of inadequacy and slight panic that ensues each time I ‘love’ another photo on Facebook of a glimmering ring or a wrinkly newborn face.

Now is this ridiculous? Of course. Will I continue to feel this way? Maybe…because people are settling down and reaching the final stages of success, as defined by the typical American dream, while I haven’t even begun the prep work needed to lay the foundations of such a life (no one’s fault but my own, referencing my earlier procrastination it’s no surprise I’m doing it in this realm of my life too). I’ve read countless articles and studies that say millennials are getting married later, having children later, and focusing more on their careers in their mid-twenties, but I question the truth of this when one by one the people I know are pairing off and shacking up.

The textbook picture of success as defined by an American life (at least where I am from) looks something like this: attend college, meet a significant other in school, graduate, get a job, get engaged, buy a home, get married, have a few children, put up the white picket fence for the dog and kiddos, add a swing on the front porch to sit in while growing old… and, viola! A beautiful life is built.

It’s a lovely picture, one that has been around for decades for a good reason, and one I may even like to be a part of one day. But, that day is so far off on the horizon. I don’t feel even close to being ready to make lifelong commitments… hell, I can’t even commit to weekend plans because I constantly change my mind. This is where the fear that I am falling ‘behind’ in the game of life comes from: while my peers seem to be grown up enough to nail down monumental details of their lives, I live in a constant state of turbulence and fickleness on a semester-to-semester basis. I have no idea what I’m doing, and no idea where I am going— which may be the silver lining of these fears.

I have not the slightest clue where I’m going, so my future is completely malleable, and I have the power to mold it into whatever I want it to be, regardless of whether it is congruent with the American dream. I’ve got my own dreams! Dreams like taking an “Eat, Pray, Love” journey around the world, or hiking to the mountain ruins of Machu Picchu in Peru; someday I want to decorate my own studio apartment and plant flowers in tiny pots on the fire escape, where I will live alone and love it. I’ll be friends with the doorman and the takeout delivery people, who will probably know my order by heart. I want to venture through Italy and learn to cook (contrary to the dreams of the copious amount of takeout ordering) and go to Iceland to wander around Reykjavik until I can master the correct pronunciation of it.

The American dream is being redefined by millennials - some are getting married, some are career-driven, others are adventure seekers, some are single parents, some are thrilled by continuing education, some are combining a little bit of everything. The traditional order and events that used to comprise the “American Dream” are being rearranged and updated with each passing generation. The overall life picture of success is no longer limited to one archetypal image; our generation is finding new ways to illustrate success every day, and that success is delineated by achieving happiness, regardless of how that happiness constructed. Each life contains its own beauty and adventure— they are essential defining qualities of life itself.

I was too busy worrying about falling behind and falling short of having a “successful” future, when a friend told me to turn around, take my eyes off what I think my life should look like, and look at all of the gifts the world has for me right now on the path that is mine and mine only. That’s all anyone can do. Whether my path will lead to picket fences and puppies, or backpacking and travel guidebooks, only time will tell.

As my life progresses, I feel it becoming increasingly uncertain, while the people around me seemed to be wrapping theirs up neatly with ribbons and glossy save-the-dates. But, that isn't reality, no matter how much it appears that way. The effervescent Carrie Bradshaw herself once said, "Maybe some women aren't meant to be tamed. Maybe they just need to run free until they find someone just as wild to run with them."

Those are words I will live by each messy day of my life. Dream on friends!