Why Steven Universe Is The Most Feminist Show On TV

Why Steven Universe Is The Most Feminist Show On TV

For a kids show, they really nailed it. 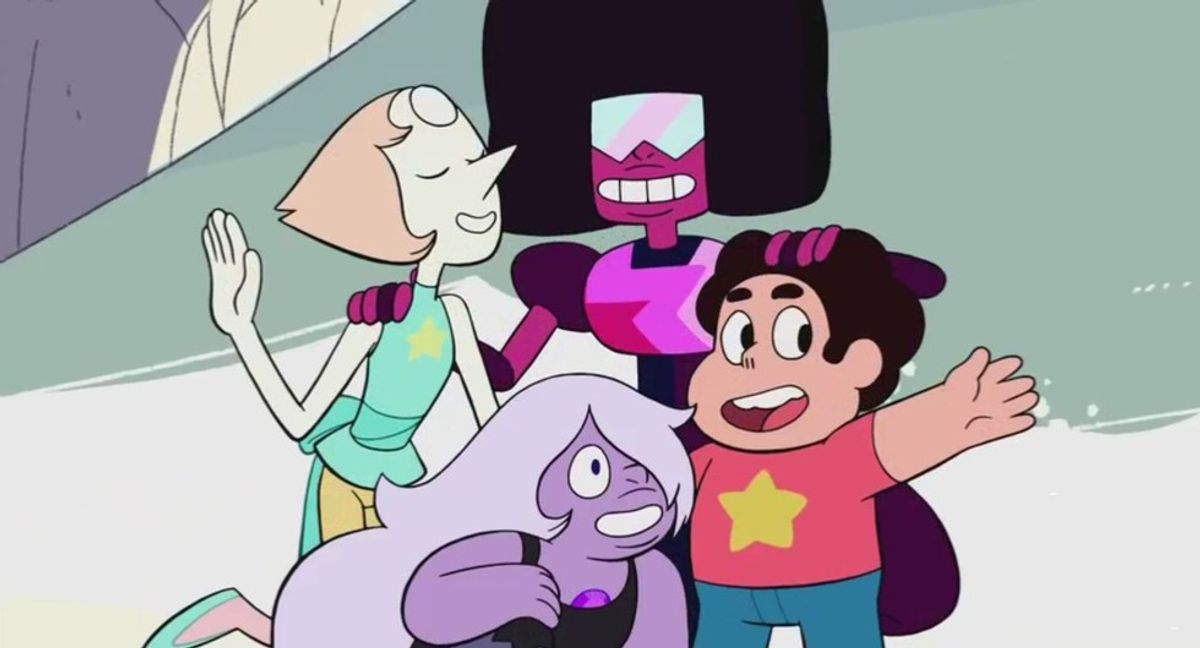 Steven Universe, a cartoon on Cartoon Network, has been making a huge stir in the animation world. From the beautiful artwork, to the creative storytelling, it's no surprise why so many people love this show. But Steven Universe is also a part of a feminist revolution in terms of television, and here's why:

*Warning: Possible spoilers for all 3 seasons of Steven Universe*

One of the most subtle but important parts of Steven Universe as a show is that it's characters don't follow standard gender roles. Steven himself is a prime example of this. He's not afraid to cry, is definitely not the strongest, and is seen above performing in a dress.

The show is LGBT* Positive

One of the biggest moments of the season 1 finale is finding out that Garnet, one of the main characters, is a fusion of two smaller gems, Ruby and Sapphire(seen above). It's clear to see that they are madly in love with each other, and also identify as female. It's amazing to see one of the main characters in a popular cartoon be the embodiment of a healthy lesbian relationship.

Steven's mother is not alive, because she gave up her physical form and gem to create Steven. This means that his father, Greg, and the other Crystal Gems raised Steven. This breaks the standard nuclear family idea of a mom and a dad, and show's a healthy family dynamic outside of that idea.

Fusion is a big part of Steven Universe. Basically, a gem can fuse with another gem to become a bigger and stronger gem. However, in order to fuse, the two gems need to be in sync with one another, or else things could go very badly. Garnet, a fusion of Ruby and Saphire, shows a very healthy and stable fusion. Malechite, which is a fusion of the two gems Jasper and Lapis Lazuli(shown above) is a very unhealthy and stable fusion, which is a big part of the second season.

The show is body positive

Rose Quartz, Steven's mother, is a super tall and plus size. Pearl, is a tall and lanky. Amethyst and Steven are short and stout. Garnet is tall and muscular. And that's just the main characters! So many unique body types are highlighted in this show, and it's easy to find one who looks like you do, which is rare in modern TV.

"Steven Universe" is important for so many reasons; by highlighting these feminist issues, among many others, viewers will gain a new and unique perspective on different people. It's great to see that television is making strides towards becoming more diverse!