Okay, not all of them. 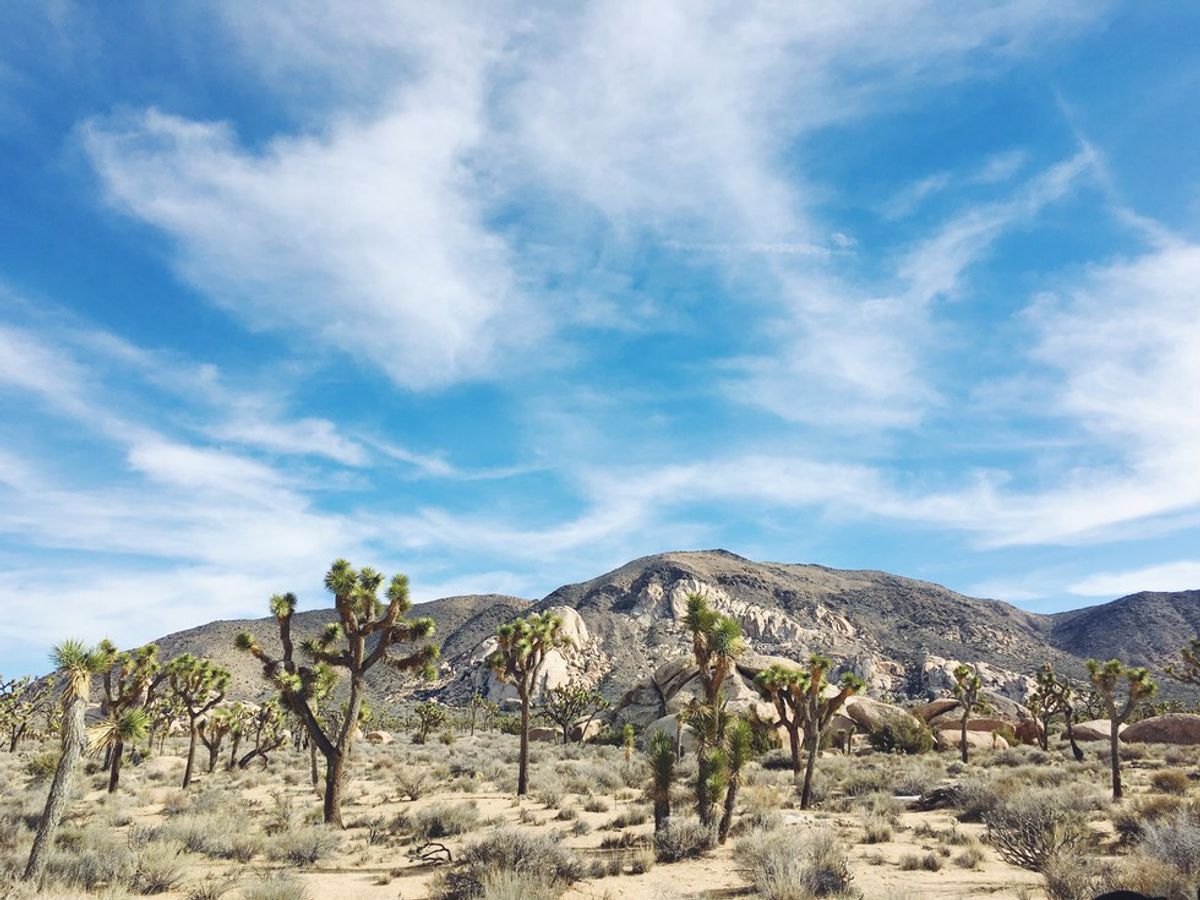 I'm pretty sure people think I’m a pretty creepy person. When I’m on the sidewalk after a long shift at work, listening to Bruce Springsteen, walking with a spring in my step, I think I come off as too friendly. Too eager. Creepy. Working at a very bougie, organic, fair trade, whole wheat, “is this vegan” supermarket, I think I’m used to over-smiling at people and expending social niceties without getting much in return. Most of the time, people, usually at least 20 years older than me, will smile back. Its a rarity for me to smile broadly, coffee teeth and all, at a student donning UCLA apparel and receive reciprocation. Never even a half smile. Usually, I’ll get some kind of awkward “whatareyoudoingleavemealone” look and a quick glance away from my disappointed eyes. It is always dished out from people hailing from the 18-24 age group. I think an aspect of this blank, awkward stare is attributed to a natural sense of superiority (I’m probably [definitely] wrong. I needed an intro. Leave me alone). Why are most university students so smug in their understanding of people walking down the street?

I think this extends to the scene of walking into a room and receiving a once-over upon arrival. Being in an academically Top 10 school, I’ve come to the realization that a lot students here are plagued by the disease of one-up-ness. We have this sense that we have to be better than everyone else at everything we do, whether that be at setting the curve for your Calculus class or winning a game Spike Ball. Personally, I am the most competitive and the least competitive person I know. Better yet, I think this translates into being the most apathetic winner and the sorest of losers. Of course, this stems from my tendency to approach people with a crippling sense of insecurity and self doubt. In a culture where we are all trying to obtain the best internship, volunteer opportunity, date to a date party, praise from writing the best bland acoustic melody, or what ever it may be, the looming cloud of institutionalized and millennial rivalry hangs in the balance the minute we lock eyes with one another. I know that most people have felt it. I have definitely felt that narrowed eyed stare. I have definitely given out that narrowed eyed stare. Every person who doesn’t smile back shallowly and unrealistically represents a fellow interviewee, someone who will take my job, someone who is better than me at what I do, someone who makes me feel like shit about my mediocrity.

But what I and others fail to remember is that we are all pulling on the same side of the same rope. We all have our shortcomings. We all have our cringe-worthy social interactions. We have all failed before. (To those who haven’t, I say congratulations and I hate you). We are all in the same hellish boat of taking classes, working low income jobs, and living in trashy apartments. We are all in the same stage of life. Congrats at getting this far.

Being at this university, I think it’s hard to grapple with the fact that 99.9% of us are average. It’s an awful realization, one I’m still trying to accept. Most of us are not going to be the CEO of a corporate machine or reach million dollar fame. Yes, you can be good at something and not be like the .01% of people who are disgustingly successful. So many people who are extremely talented at their craft cease to see the light of recognition. I think there is a floating stigma that naturally comes with being young. It’s the idea that we, or I, am special. We love the idea that “only we” are good at guitar, can write a good song, talk up a storm, or kill it at interviews. We love to entertain the conviction that deep down, we are different than everyone else. That somehow, we are better than others at some specific talent we have. But when we cross paths with someone who is better at the thing we boast ourselves in, we resort to the argument of “well, at least I’m good at [insert special quality that only we have]”.

The thing is, we don’t need to be the best at something to be great at it. Someone else’s success doesn’t necessarily discredit our own. For goodness sake, there are 7 billion people in the world. If you are one in a million, that means there are 7 people exactly like you (Godspeed, only one can win). Being surrounded by talented and intelligent people doesn’t mean that you have to discredit their success by taking excessive (and sometimes false) pride in your own craft. Sure, outwardly, we give a solid thumbs up or an enthusiastic “Good job!”, but inside it’s hard to get rid of our inward bitterness towards other’s success and feelings that somehow, we don’t measure up.

Like I said, we are all pulling on the same side of the same rope.

You can still kick ass in hand with people who are also kicking ass. What I’ve come to realize, something that has brought me so much peace, is that being overtly competitive takes away from the success of others. It is far more fulfilling to marvel at the skills of others and celebrate their successes rather than belittling them. Or trying to be “better than”.

Usually, I pride myself on being a pianist. I’ve been playing for a good 14 years—learning complicated classical pieces and difficult theory. When I was in Hong Kong, I was studying in a coffee shop and I heard this ethereal piano lullaby in a nearby music shop. Being the curious (and competitive) person I am, I left my table littered with a cappuccino froth covered mug to inspect who was playing this heavenly tune. To my surprise, it was a little girl no older than 10 years old. “Oh….” was my initial thought. Immediately, a crippling sense of self deprecation occurred as I internally screamed as this 10 year old child was somehow succeeding at life when I was wasting my time screwing around playing tunes from popular Hayao Miyazaki films and Nintendo video games. Point being, there will always be people who are better than you. Always. Without fail. You can absolutely count on it. If you keep trying to one up people or hoard this exclusive sense of self-satisfaction at being the best ping pong player or hotdog competition eater, than you’ll always set yourself up for a trap. Even if you are the best, eventually some 10 year old Chinese girl will definitely surpass your perceived “greatness”.

Caitlin Marie Grimes
University of South Florida
11489
Beyond The States