The Struggles Of Being A Neat Freak
Odyssey

The Struggles Of Being A Neat Freak

Being super clean isn’t always what it’s cracked up to be. 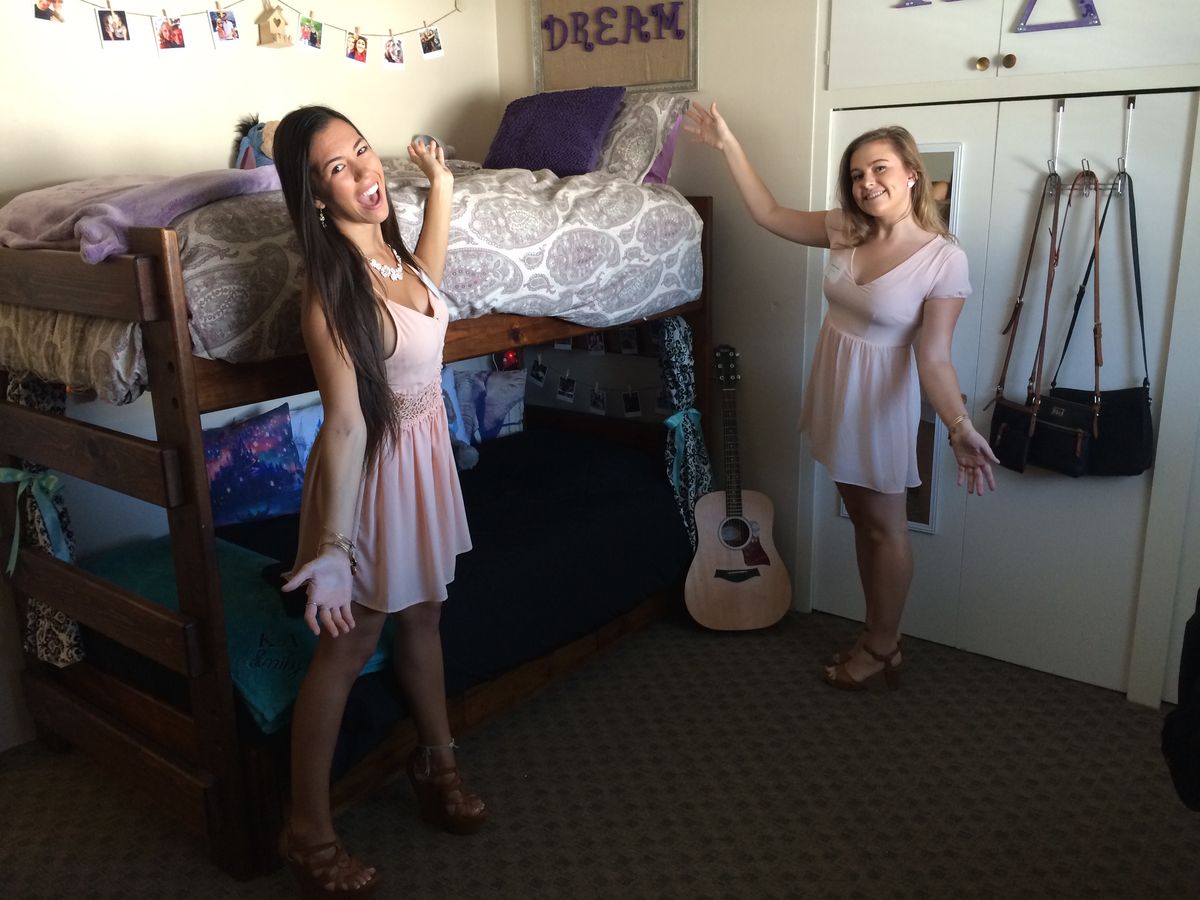 Since I was a little girl, I was taught that being extremely organized was one of the most important things you can do to live a successful life. If you’re neat and clean, it is one less thing for you to worry about and you’re able to stay on top of other, more important tasks.

I’ve lived by the phrase “Being organized is being in control” my whole life. Being neat and organized has become sort of an obsession for me, and actually takes up a lot more of my time than I would like to admit. Everything is in its place and if it isn’t, I just about have a panic attack.

Most of the time, it’s great. It’s so nice having everything always perfectly in its spot, always knowing where everything is. I love having everything mapped out and knowing exactly what I have to get done and when. But what many don’t realize is just how hard it is to be a neat freak. There are countless reasons why being organized is a lot harder than it would seem, but here are just a few of my favorites.

The amount of time I waste making lists is ridiculous.
I spend more time making my to-do lists than doing accomplishing the things on the lists. I have a calendar, iCalendar, daily planner, and to-do list to name a few. And I write just about everything on these lists, including “shower” or “make new list.” The happiness I feel when crossing off an item on my list makes me feel like I’m starting to get a tad overboard.

Panic attacks about “messes” are an everyday occurrence.
If I don’t put something away right away, I will sit there and think about it until I get up and put in its place. And if I’m too busy to put my stuff away or remake my to-do list, I am guaranteed to have a freak out. It could even just be a pair of shoes or maybe a bag of chips, it doesn’t matter. I would rather be late to class, which would stress me out in itself, then not make my bed after waking up late. To be honest, I wouldn’t even recognize my bed if it wasn’t made.

Getting annoyed when others aren’t like you.
I respond to emails or texts within minutes of receiving them and can’t help but get annoyed if it takes the other person more than thirty minutes to respond. And don’t even get me started on other people’s messes. Let’s just say that I have to restrain myself from cleaning them myself most of the time.

Having 20 calendars/lists to update constantly.
Nothing can be solved without a to-do list or excel sheet, which means I have a list for just about anything you could think of. I have a list for everything, one for my “to-do’s,” one for what I have to talk to my mom about, one for what I need to do when I go home, one for homework and even one for which books I want to read. If all of my various lists aren’t constantly up to date, it’s just a breakdown waiting to happen. Thankfully, I can now sync my notes on my phone to my computer so there’s one less list to worry about. But the rest are still a little too much to handle.

Having to redo 90% of things I do because I messed something up.
Jotting notes down, then rewriting them neatly, then typing them up consume my time. Everything has to be perfect, so when I make a mistake, I have to start all over again. More times than I can count I’ve been almost done with a new calendar I’m making only to have to start all over because I wrote in an event on the wrong date.

Weekends are spent picking up weekday “messes.”
My first free day after a week of school and work is usually spent the same way my weekdays are: cleaning. Weekends are spent organizing everything I didn’t have time for during the hectic week. After a week of stress, I end up stressing myself out even more by re-tiding all my “messes.” Then the whole process starts all over again on Mondays.

I impulsively clean things that aren’t mine, including stores.
I can honestly say I get giddy in the cleaning aisle of Target. And the entire organizational section of Staples. But when I’m at a store that has a messy isle, I rarely can restrain myself from putting everything in its place. I’ll sit there rearranging their stickers or putting items back in their respective places. Even in other people’s homes I have an urge to fix/improve/clean. It’s a really bad habit and pains me to ignore. But if they’re close friends, I’ll probably end up asking them if I can clean up for them or re-arrange their closets.

Two words: Color. Coding.
It’s probably one of my worst obsessions. My closet is color coordinated, my calendar, even my underwear. I own 30 different colored pens and sticky notes and sharpies, all so I can organize effectively. I guess I’d have to say it started to become a problem when I started buying 30-packs of sharpies in bulk in preparation for when my old ones ran out.

Stress-free vacations? Not for me.
Packing for a trip means having absolutely anything and everything I or anyone else could possibly ever need. My suitcase takes hours to pack and making sure everything is organized just right is quite the task. Even when I get there, the first thing I do is unpack and organize all my clothes and essentials.

I do everything myself.
Why would I ask for help? They might mess it up. I’ve gotten into the bad habit of micromanaging everything that anyone ever does for me, so bad that I usually end up doing it myself. They could be doing everything perfectly fine, but if it’s not exactly how I would’ve done it, then it’s not the right way. I feel bad telling them they’re doing it wrong, but I just can’t help it. Delegating is a word that is definitely not in my vocabulary!