They're just four dorks in a band! 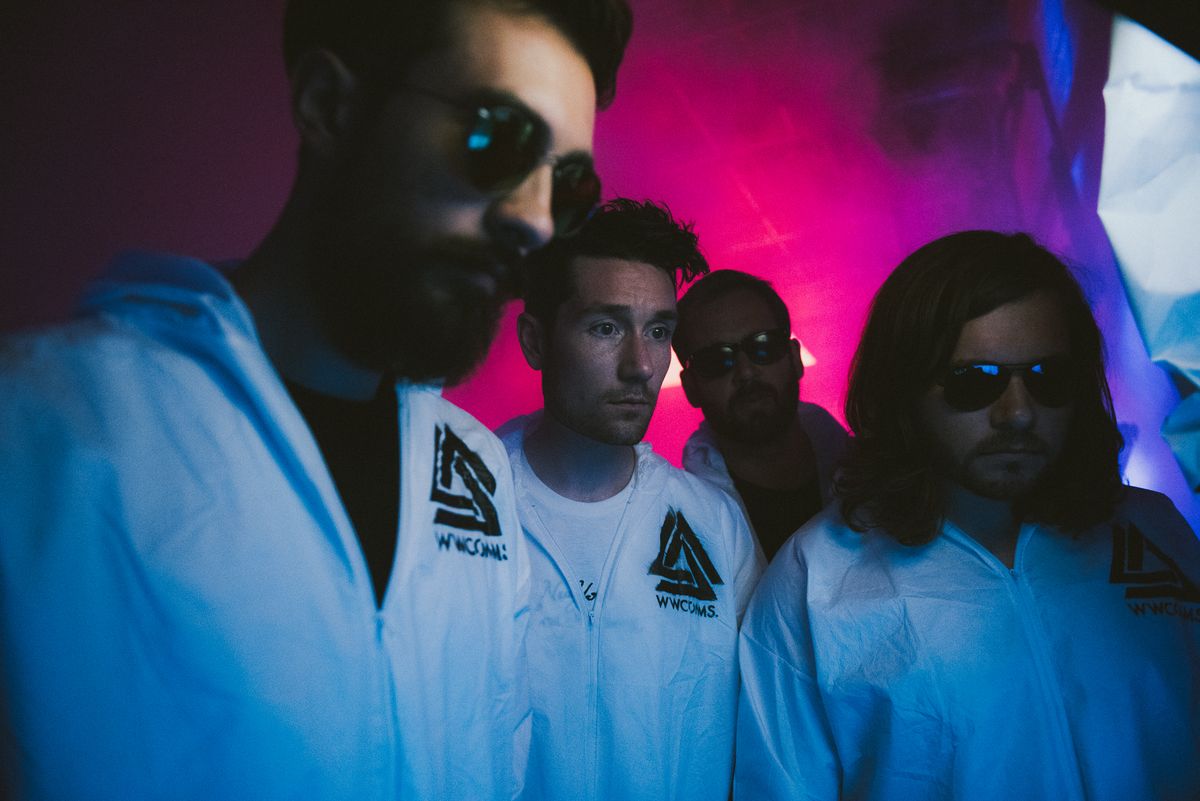 After selling over 5 million records in the US, being nominated for multiple awards, (and winning some!), and having MASSIVE hits with "Pompeii" and "Good Grief," it's safe to say that Bastille is a major force in indie/alternative pop music.

We all know the songs - "Pompeii" was practically inescapable in 2013 - but true fans (called "stormers") love more than just their catchy radio hits. They love the four (sometimes five) guys behind these songs, too! They're just a bunch of funny, smart, kind nerds!

Here are just twenty-five (of the many) little things Stormers love about Bastille!

Look at that David Lynch shirt! He's such a fanboy, he's written multiple songs about the show "Twin Peaks!"

That might be the greatest cat shirt I've ever seen (and he wears a lot of them)!

"They don't call me the granny of rock for nothing." - Will Farquarson, "Help Me Chase Those Seconds" documentary

He's just a touring member, not an official band member, but we love him as much as we love the rest of the band! (And he has a brilliant new song out!)


They're all so brilliant! (But here are my 15 favorites!)

It's terrible, but also incredibly adorable!

Look at how majestic it is!

9. When they speak in French

They're a British band, but they're named after a French holiday, so they've been trying to learn French!

Any time he laughs, it's adorable, but it's best when he starts giggling while singing.

There are so many pictures of him pointing at random things floating around on the internet. What a dork. (And there's a "Twin Peaks" reference with this one!)

12. The acapella version of "Overjoyed"


This particular performance seriously shows how incredibly talented these guys are!

It's always changing, but it never fails to defy gravity.

"How am I gonna be an optimist about this?"

15. Dan messing up his own lyrics… and lyrics to songs by other artists


These videos were seriously one of the best parts of the Wild Wild World Tour! They're so adorable!

18. Will constantly forgetting the songs

"I'm in the band, I swear" - Will Farquarson, probably

Just one of the many reasons "Of the Night" is one of the best songs to hear live!


It's adorable and hilarious!

They're all actually super close friends! There's usually at least one hug during live shows! It's wonderful!

24. When Dan does the tip-toe thing while singing high notes

He stands on his toes anytime he sings a high note, and it's the most precious thing ever.

Just look at them! How can you not love them?!