15 Songs That Prove Bastille Are The Kings Of Cover Music
Odyssey
CurrentlySwoonLifestyleHealth & WellnessStudent LifeContent InspirationEntertainmentPolitics and ActivismSportsAdulting
About usAdvertiseTermsPrivacyDMCAContact us
® 2023 ODYSSEY
Welcome back
Sign in to comment to your favorite stories, participate in your community and interact with your friends
or
LOG IN WITH FACEBOOK
No account? Create one
Start writing a post
Entertainment

15 Songs That Prove Bastille Are The Kings Of Cover Music

"Previously on 'Other People's Heartache'. . ." 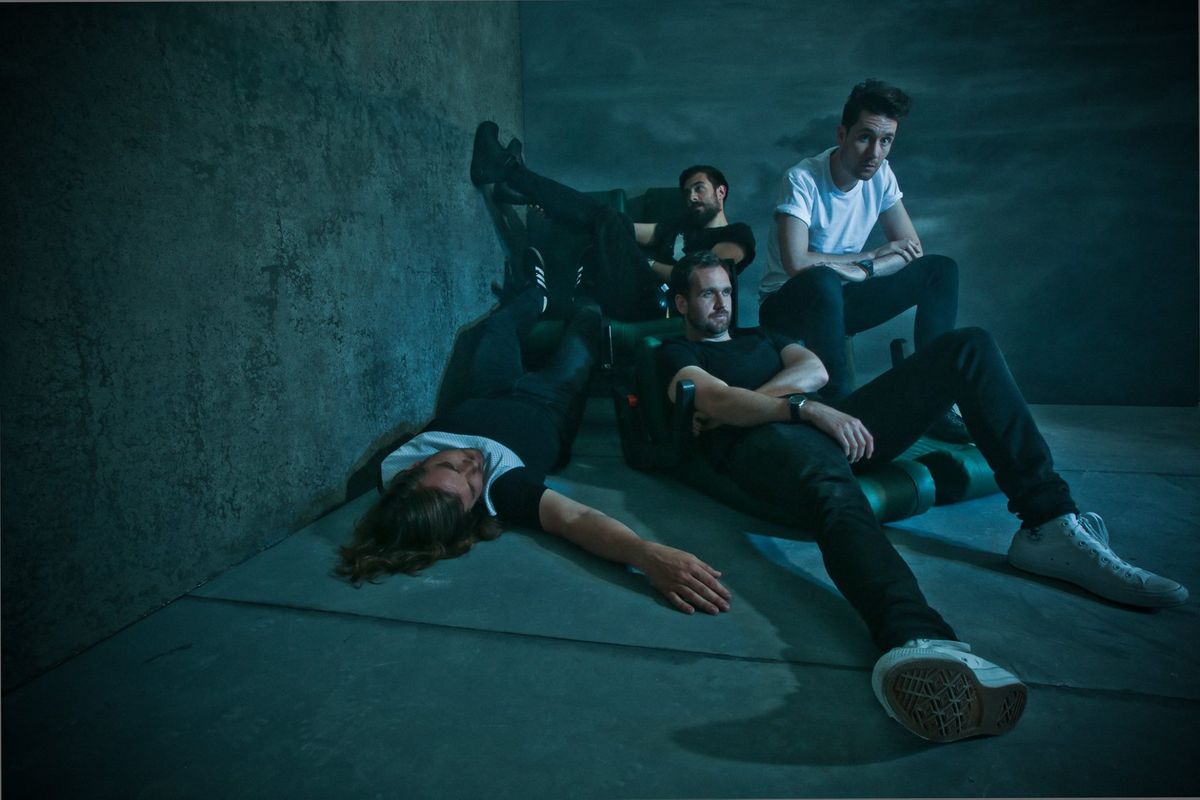 Bastille is my favorite band!

I know, understatement of the year, right?

One of the reasons I love this band so much is because of how creative they are. They write songs about everything from history to heartbreak to favorite fictional characters! One of the places their talent and creativity really shines is in their covers, where they take other people's music - both popular and obscure - and turn into a brand new Bastille hit.

In the last five years, they have done a TON of covers. Some are only BBC Live Lounge performances, while others are tracks from their beloved Other People's Heartache mixtapes, but they are all wonderful!

Wanna check them out but aren't sure where to start?

Here is a list of fifteen of their best covers to get you started!

Easily one of their most popular covers, this gem from Other People's Heartache II is an incredible surprise! The quote from Psycho in the beginning is a brilliant addition!

The OPH version is amazing, but with Bastille, live is always better! And his little laugh at 2:45 on this particular video is one of the most beautiful sounds on earth.

Featured songs: "No Scrubs" by TLC and "Angels" by The xx


Live Lounge covers are almost always incredible, but this one might be the best! Everything about this performance is adorable, from the Kyle/Woody hug at the beginning to Dan's "Achy Breaky Heart" giggle. The mashup of the two songs is brilliant, everyone sounds amazing (like always), and the "hands in the air like we don't care" bit is one of the greatest things to ever happen. (It's super adorable!)


Like "No Angels," the Other People's Heartache version is incredible (it also includes a quote and the theme music from the film Requiem For a Dream, with a tiny bit of the song "Flaws" towards the end), but it's completely magical live.


(At this point, it's safe to assume that live performances of these songs will be featured if they exist.)

Only Bastille can take a rap song and turn it into a heart-wrenching, piano-driven song with angelic vocals...

Here's the Other People's Heartache version and a different live performance, in case you want to hear more!

Featured songs: "What Would You Do?" by City High


Green Day might be the last thing you'd expect a band like Bastille to cover, but the British band took this classic and completely flipped it by turning it into an orchestral pop piece. It's a brilliant hint at what fans can expect from their upcoming mixtape, Other People's Heartache 4.


This cover was recorded as part of the soundtrack for the 2015 British dark-comedy/crime thriller film Kill Your Friends, and it's amazing!

Featured songs: "Overload" by The Sugababes


No one does a live mashup better than Bastille! This cover, which combines Calvin Harris, Rihanna, Taylor Swift, AND Nancy Sinatra, is easily one of their best, even though Dan messes up the lyrics to "I Knew You Were Trouble!" (it's okay, Dan! We forgive you!)

Featured songs: "This is What You Came For" by Calvin Harris feat, Rihanna, "Bang Bang" by Nancy Sinatra, and "I Knew You Were Trouble" by Taylor Swift.


Just when you think they can't top "This is What You Came For"/"Bang Bang"/"I Knew You Were Trouble," they perform a brilliant mashup of songs by FIVE different female artists, with a bit of Snoop Dogg! And yes, it's PERFECT!

Featured songs: "Royals" by Lorde, "Only Girl (In the World)" by Rihanna, "Single Ladies" by Beyonce, "You've Got the Love" by Florence + the Machine, "Roar" by Katy Perry, and "Drop it Like it's Hot" by Snoop Dogg


Florence Welch is brilliant on her own, but adding Bastille AND Bernie Sanders (yes, THAT Bernie Sanders) makes her even better!


This one was tough for me at first, because "Dreams" by Fleetwood Mac is my #1 favorite song of all time. However, this cover is a beautiful tribute to an incredible song, and it's a very original take on the classic. Yes, Dan Smith is no Stevie Nicks, but his version proves that he doesn't have to be her to do this song justice.


This mashup of "Locked out of Heaven," "Angels," and "Diamonds" is possibly the sexiest thing Bastille has ever recorded....


Featured songs: "Locked out of Heaven" by Bruno Mars, "Angels" by The xx, and "Diamonds" by Rihanna


This Aerosmith cover is completely unexpected at first, but it makes total sense when you realize how obsessed with film soundtracks Dan Smith is. It's absolutely gorgeous, and the addition of "End of the world" at the end is incredibly clever.


Featured songs: "I Don't Want to Miss a Thing" by Aerosmith and "It's the End of the World As We Know It" by R.E.M.


This take on the classic "What is Love" is brilliant! It combines the '90s pop hit with the classical piece "Adagio for Strings" and the recent Calvin Harris/Rihanna hit "We Found Love!"


This '80s cover was a special recording for the 40th anniversary of Bastille's label, Virgin Records, and it's AMAZING! It's definitely one of my favorites!


Featured songs: "(I Just) Died in Your Arms" by Cutting Crew


This is not only the most popular covers Bastille has done, it is also one of their biggest hits! It quickly hit #2 on the UK charts and has become a fan-favorite staple at all of their live shows.

Here they are performing the song in skeleton onesies!

This one isn't perfect quality, but it does include the famous "that's your time to get down with me... not in a kinky way!" quote (because Dan is a dork).

And here is the official video for the song! (But be warned - it's a Bastille video, so it's definitely weird and a bit depressing!)

Featured songs: "Rhythm is a Dancer" by Snap! and "The Rhythm of the Night" by Corona