My hat collection and how I got so many of them 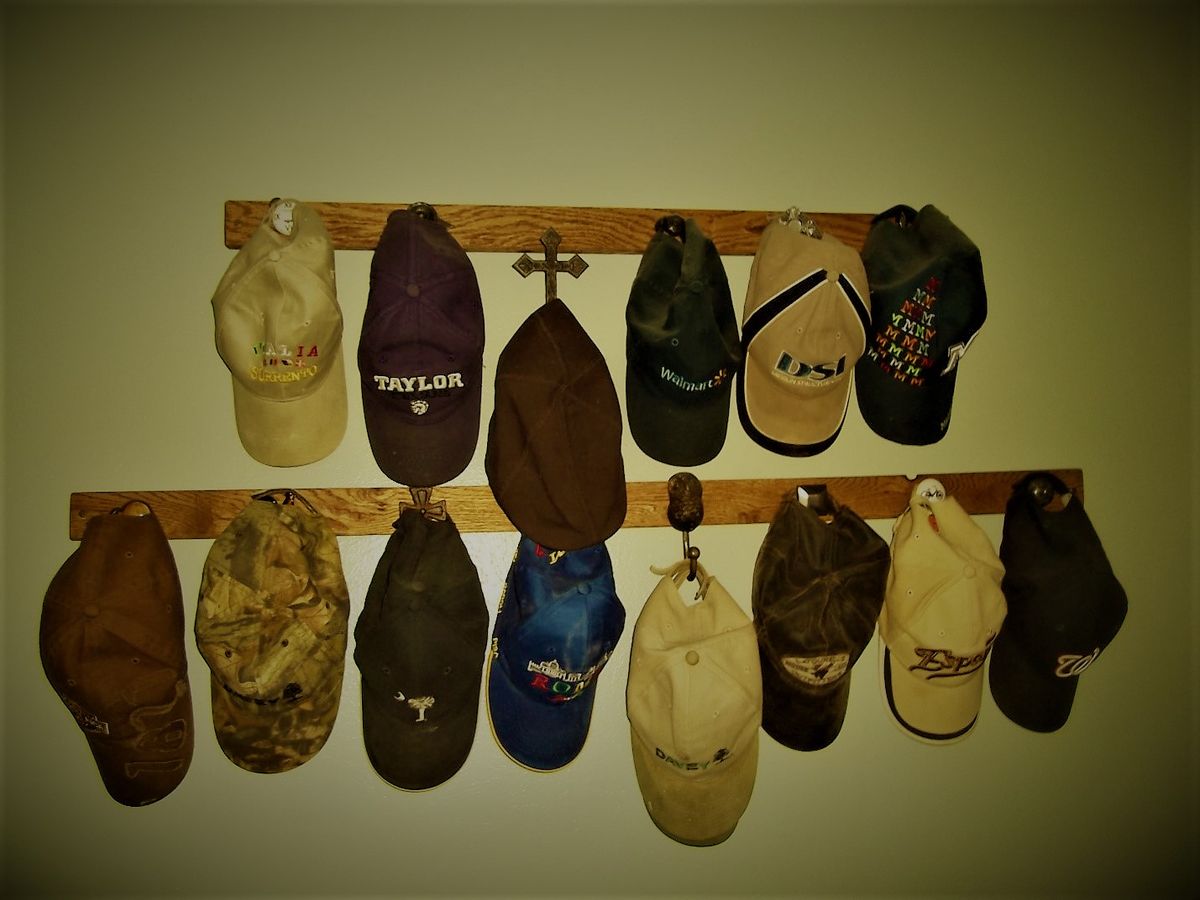 I’ve never tried to be a collector, but sometimes you collect things by accident.

I had to get rid of several hats recently, but I still have sixteen of them, with various stories about how I got them.

Here’s some of the most interesting hats and their stories:

My family lived in Europe for many years and frequently traveled to other countries.

We visited Italy in 2004, and I brought these hats back as souvenirs.

Italy continues to be one of my favorite locations in Europe, with its unusual architecture and food.

My dad bought this for me at a Washington Nationals game we attended in Washington, D.C.

Looking back, I have to admit I don’t remember what actually happened during the game, but you’ve got to have some memento of your first baseball game.

In 2014, I went with my father and some of his friends on a fishing trip to Minnesota.

During that trip, I learned 3 things:

1) Minnesotans really do have interesting accents.

2) You can catch and cook crawfish very easily.

3) You can have an enormous amount of fun with a group of good friends and some canoes.

I acquired not one, not two, but three ball caps when I worked for a landscaping company.

This is partly because a manager gave everyone a new hat on his first day.

I’m pretty sure I still have some fluorescent shirts from working at that company too.

Strangely enough, I worked for Walmart for a while but didn’t get this hat until much later.

One of my siblings dressed as Sam Walton for a school event and didn’t want the hat when they were finished with it.

One of these days I should drop back into the store wearing this hat and see if anyone remembers me.

It’s amazing what you can get at White Elephant gift exchanges.

About five years ago I attended one such party and got two presents.

The first was a coffee pot lit (not the pot, just the lid), the second was a book titled “12 Hours to a Great Marriage.”

I ditched the coffee pot lid, kept the book for another gift exchange, and managed to get this from another attendee who didn’t want it.

By the time I had twenty baseball hats, it became clear I couldn’t keep them all in a box.

So my dad suggested I build my own hat rack.

To do so, I took two pieces of wood, drilled holes about six inches apart and then covered the pieces with wood stain.

Then, I dropped by the nearest Hobby Lobby and looked for the most interesting hooks and doorknobs I could find.

The biggest cross-shaped piece hangs lower than the others because the top rack is actually hanging upside down.

Some time I really should look into getting that fixed.

Note: all images used in this article were taken by me. I hereby release all the pictures of individual baseball hats into the public domain, since they show logos that I do not own. Please contact me before using the other photos.

Glorie Martinez
483
Why I Write On Odyssey