Why You Should Stop Drinking Milk
Odyssey

Why You Should Stop Drinking Milk

A milk-mustache might not be so cute after all. Turns out your doctor may be wrong about milk. 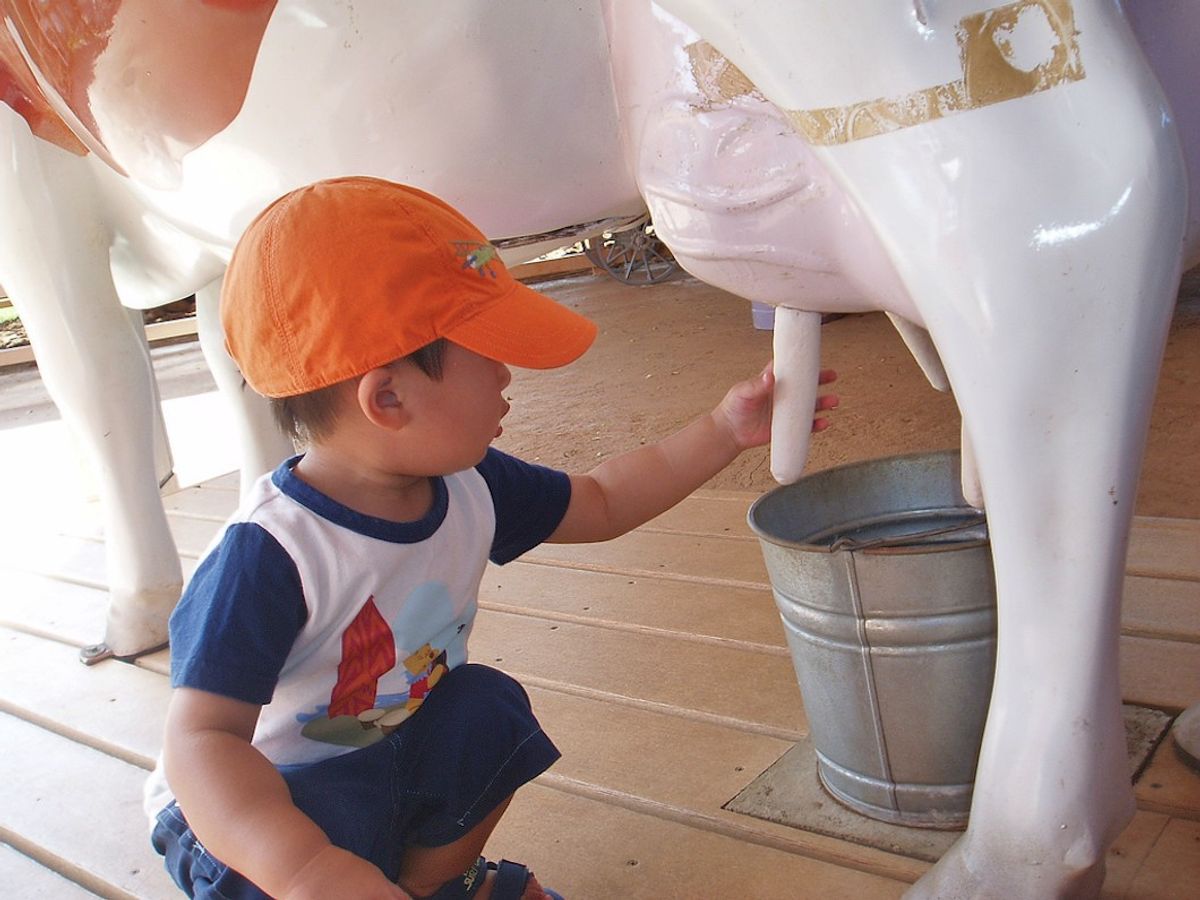 Let's keep in mind that humans are not designed to drink milk. We are the only animals that continue to drink milk after infancy. What's even weirder is that we drink a different animal's milk.

Do we see cats drinking a goat's milk? No. Kittens (and all other animals) only drink their own milk. We've been taught to drink milk because it's healthy. Well, turns out it's not so healthy after all. Here are four reasons why you should stop drinking milk immediately.

A glass of milk contains many disturbing ingredients, such as bovine growth hormone, feces, and antibiotics. Quite possibly the most shocking of all is that milk has an alarming amount of pus. Yes, the pus in milk is the same type of cells produced inside a zit. How exactly do these cells get in the milk?

Pus is produced as a reaction to bacteria in the udder, one of the most common infections in dairy cows in the United States. Pasteurizing the milk depletes it of a lot of the harmful bacteria's, however, it doesn't sweep it clean. The industry uses the somatic cell count to indicate the quality of milk because the number of cells increases in response to bacteria.

While the U.S. doesn't have the highest cell count limit in the world, it's far higher than in places like Europe and Canada.

A cow's milk is perfectly fit to turn a newborn calf into a 400-pound cow in just one year. For a human, cow's milk contains an abundant amount of pointless fat, cholesterol, and calories. All of this creates a huge imbalance in the human body.

The health benefits are misleading.

Most Americans drink milk because it's high in calcium which leads to strong healthy bones. Contrary to popular belief, no reputable (or non-biased) scientific study has shown that milk reduces bone fractures. Shockingly, however, recent studies have shown a positive correlation between milk consumption and bone fractures. In places like Asia and Africa, where dairy consumption is lowest, osteoporosis less common. If this isn't enough to cut milk out of your diet, surely it raises suspicion.

SEE ALSO: What Happened When I Gave Up Milk For A Year

It's a nightmare for the cows.

Cows in the United States spend their lives in mud lots surrounded by diseases and their own feces. In the dairy industry, a cow is raised to produce milk over and over again. How does the industry maximize milk production? They repeatedly impregnate cows. This isn't a natural or simple process.

First, they must obtain the sperm. They do so by using an electro-ejaculator for bulls, which is a rather disturbing process. Once the sperm is collected, they confine the cow to a "rape rack", the industry's nickname for the device used to inseminate the female cow. When the cow gives birth, her baby is violently taken away from her (leaving the traumatized calf screaming for the mother, and most times too weak to survive).

The industry does this to prevent the calf from drinking the milk intended for humans. Once the cows can no longer physically produce milk, in exhaustion they collapse and are sent to the slaughterhouse and turned into hamburger meat.

This topic is still very controversial, but in the meantime, there are plenty of other healthy alternatives for milk. Almonds may very well be one of my least favorite things to snack on, but when I tried almond milk I was amazed. In all honesty, it's far healthier and in my opinion, tastes way better than milk.

SEE ALSO: Why Vegans Are Gross